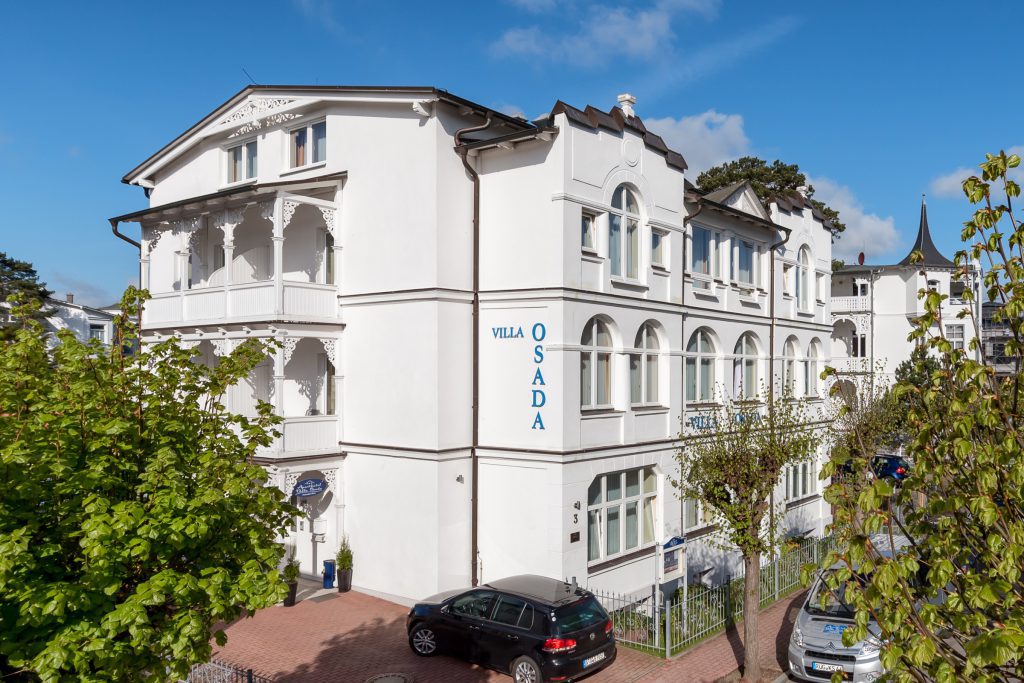 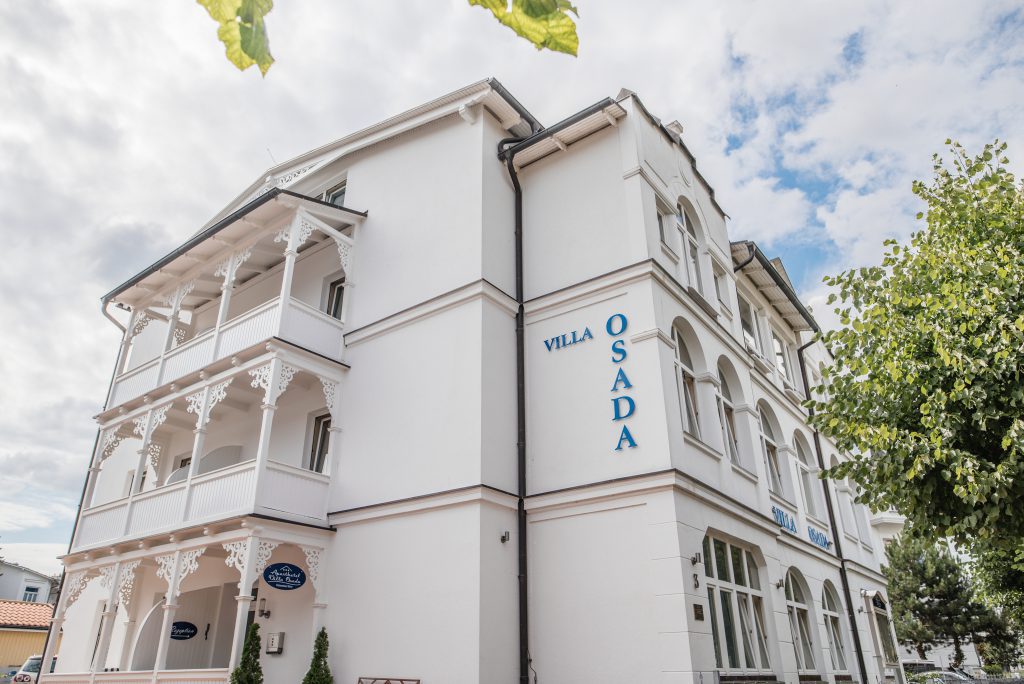 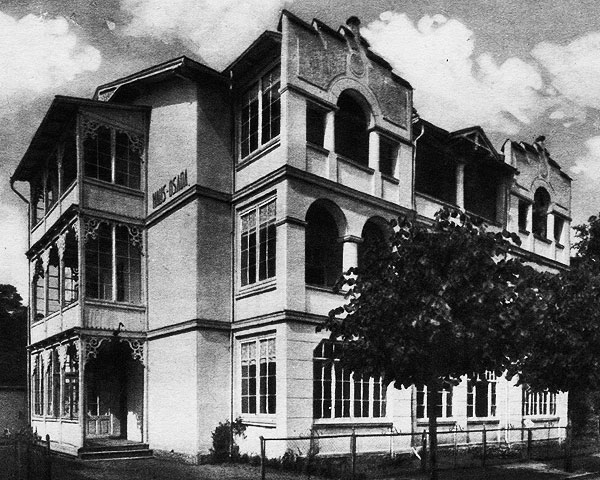 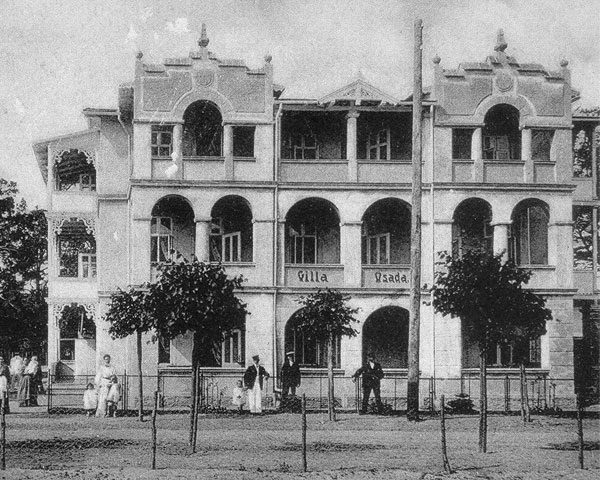 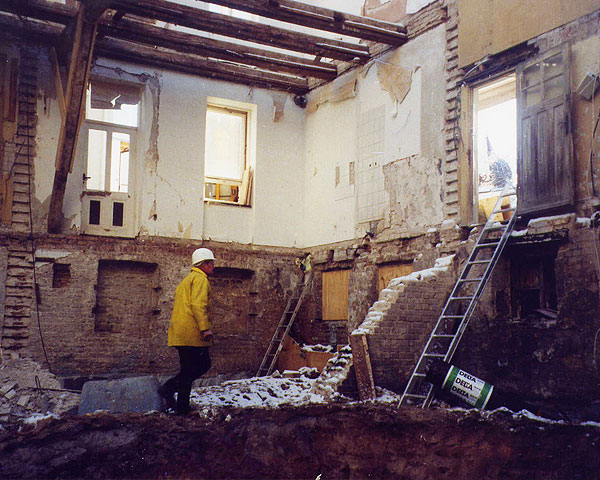 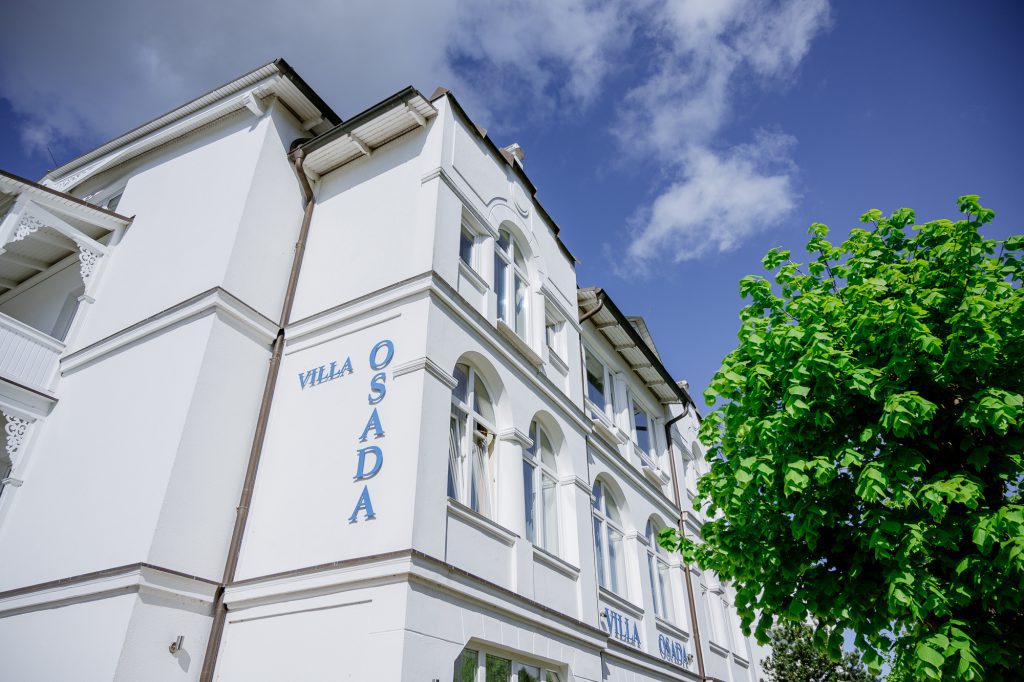 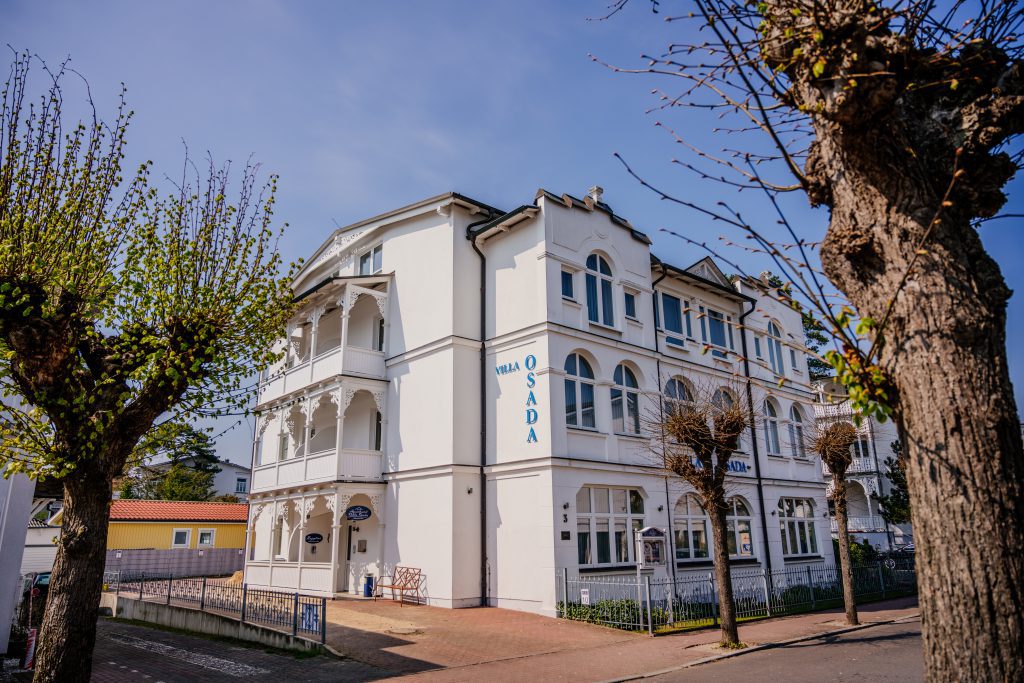 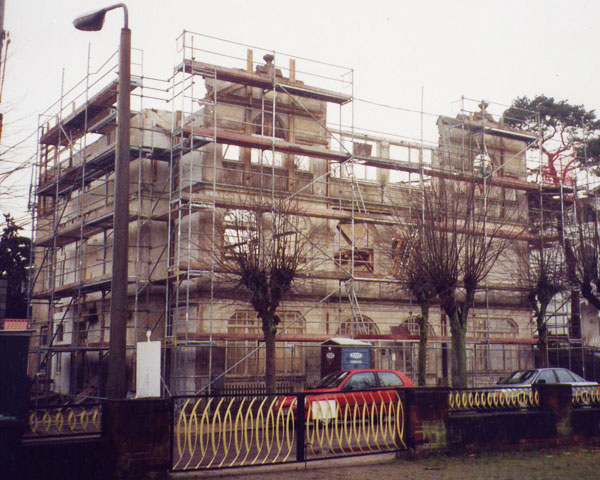 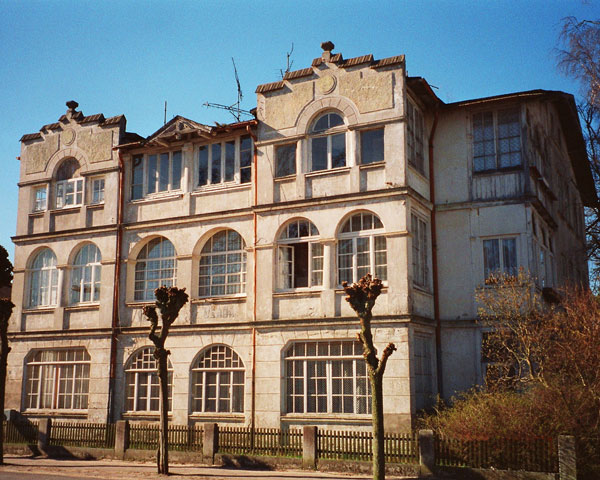 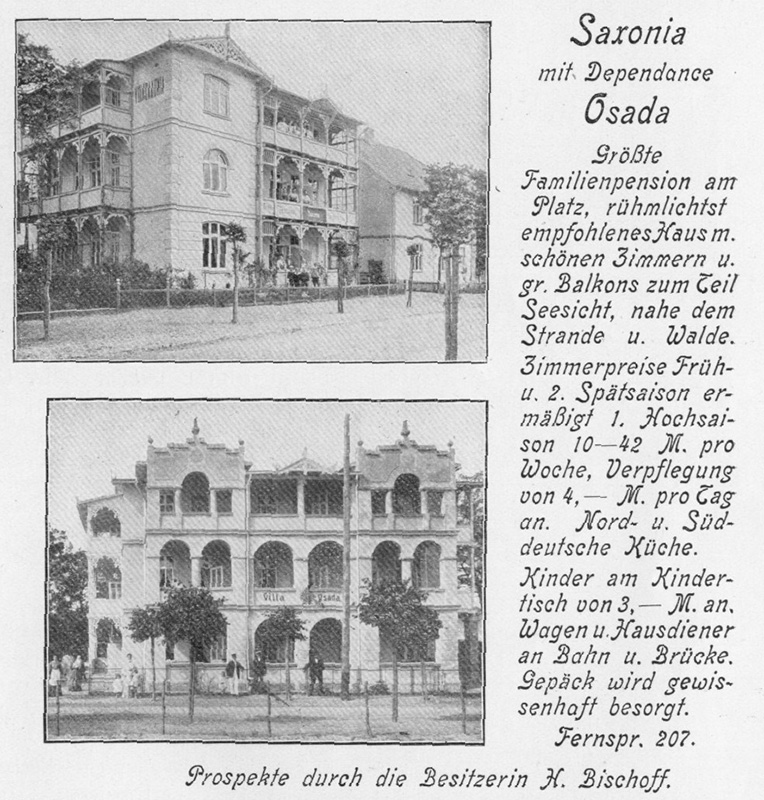 Formerly known as: no previous names Architecture: The Villa Osada was built in the historicist style, incorporating elements of resort architecture which can be clearly seen in the balconies at the gable ends. Construction and opening: 1906 History/proprietors pre-1945: In 1903, the Charlottenburg banker Paul Reinhardt acquired a total of 68 small plots from the Prince of Putbus, to whom the villa’s plot also belonged. On 25 October 1905, he sold the plot to the builder Moritz Koldevitz and his wife Ottilie at a price of 7.50 Marks per square metre. It was Koldevitz who erected the current building, completed in 1906 and christened Osada (from the Slavic for ‘homecoming’). On 9 July 1911, sisters Marie and Brigitte Modrow acquired the villa, running it themselves as a lodging house until 1930. They transferred the property to Werner Brodke, initially as manager with full power of attorney. He subsequently purchased it outright on 31 May 1939. GDR period:  In 1953, the Brodke family was dispossessed in the course of Project Rose and had to leave the GDR. Following German reunification, the property was returned to the Brodkes. Post 1990: In 1993, the Brodke family sold the property to a group of investors from Ibbenbüren, who themselves sold it to Klaus-U. Steinfurth and Günther Radvan on 12 September 1996. Following its complete reconstruction and renovation, the Osada was reopened as a holiday villa on 1 July 2000 after 47 years of use as rental flats. The Binz-based Steinfurth family have been the sole owners since 6 November 2001. Current use: Family-run hotel with double rooms and apartments, heritage-listed building. Fascinating fact: The owners of different properties have been cooperating on advertisements together since the 1920s. The Villa Saxonia and Villa Osada worked together here.