A seaside resort is born

Each single one is different, individual, and unique: Numerous white villas and guest houses constructed at the end of the 19th and beginning of the 20th century beautify the Baltic Sea resort Binz. The magnificent buildings are great examples of an architectural style that continues to shape the region: the resort architecture. Nowhere else along the Baltic Sea coast is this architectural style, which, strictly speaking, isn’t even one, as well-preserved as in the town-centre of Binz. Early in May, various thematic guided tours, exhibitions and presentations focus on these villas during the Woche der Bäderarchitektur ("Week of the resort architecture"). Towards the end of the 19th century, summer holidays on the island of Rügen came into vogue. Many villages by the sea were enlarged to host the rising number of tourists. In Binz, which would later become the centre of seaside resort culture, countless villas, an almost 600-metre-long pier, and a spa house were built. The initially idyllic atmosphere gave way to an aura of a Mediterranean holiday resort. Today, there are still many marvellous architectonic works reminiscent of the turn of the 19th century, which have been restored and turned into hotels or guesthouses, offering visitors a unique holiday experience between past and modernity. "Resort architecture" is a broad term, since it does not stand for a specific style or way of constructing – at least that is what art historians say. Rather, it refers to a specific period of time and the function of the maritime buildings. The term comprises everything that was built for holidaymakers in the new seaside resorts between 1880 and 1914. Today, the white beauties look quite homogeneous. However, a closer look reveals a variety of styles, which include classical temple portals and columns, Gothic windows, Jugendstil ornaments and Baroque and Renaissance elements. Very few common elements are characteristic of all seaside resort villas. Often, the buildings have two to four floors with balconies and verandas attached to their facades. In contrast to seaside resort buildings in other regions, such as Usedom, the balconies in Binz appear delicate and less massive. Boatbuilders often used the less labour-intensive winter time to carve fine works of art into the balcony facades to supplement their wages. Bigger villas often feature protruding elements at the corners and in the middle, the so-called avant-corps. The predominant window shapes are arched and rectangular, occasionally flanked by half-columns or pilasters. At times, the wooden design resembles Alpine and Nordic, sometimes even Russian styles. One common feature is the white colour, which gives Binz a festive, almost Mediterranean aura. 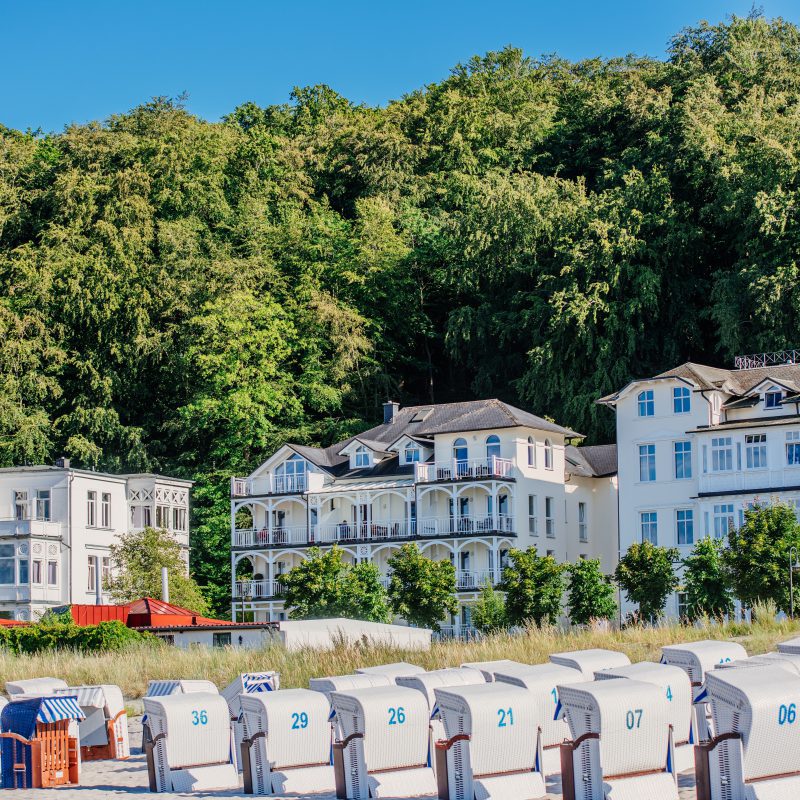 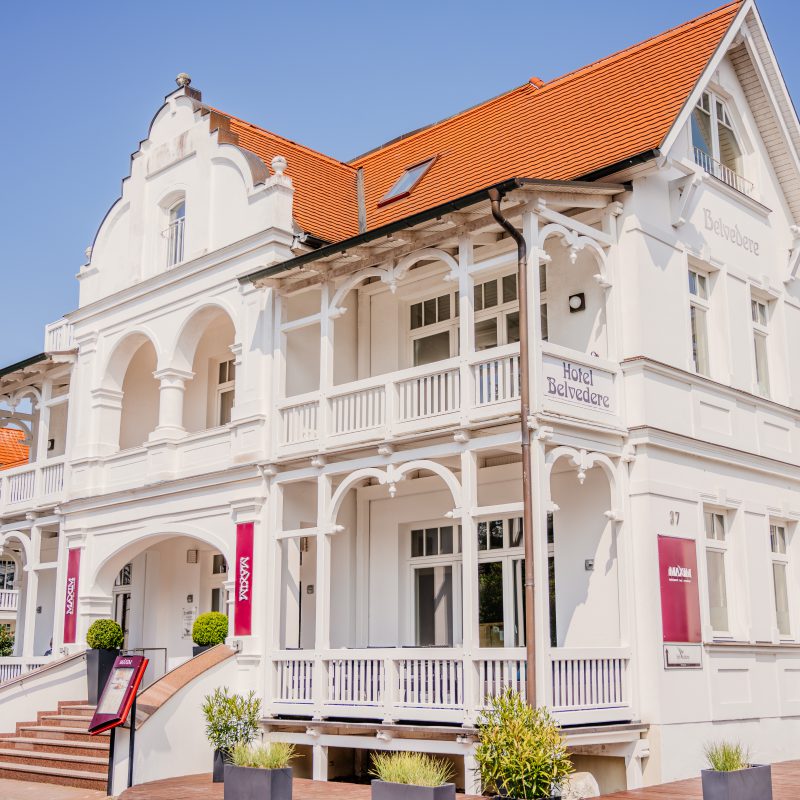 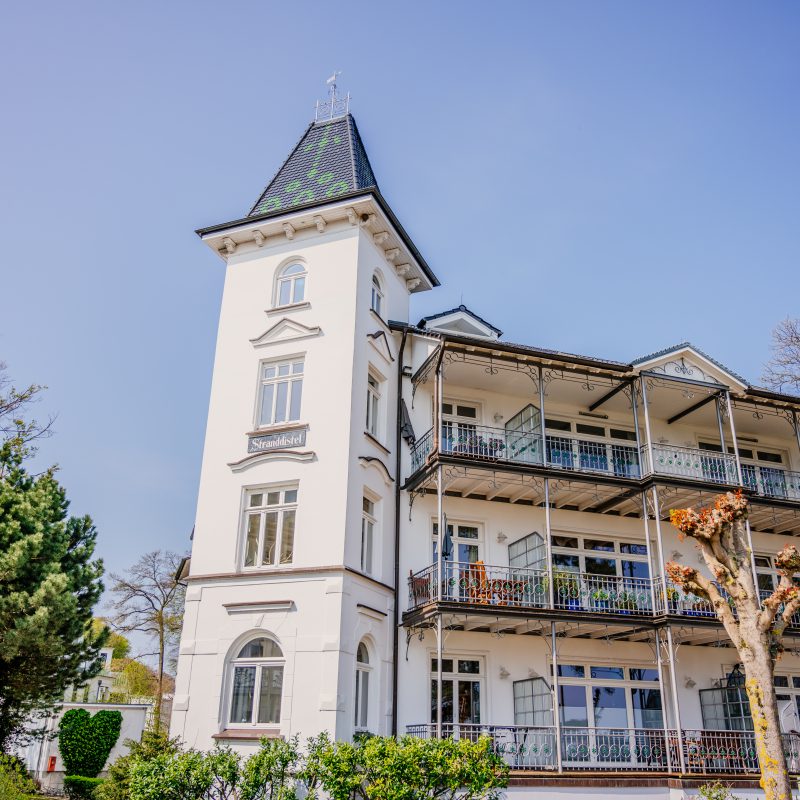 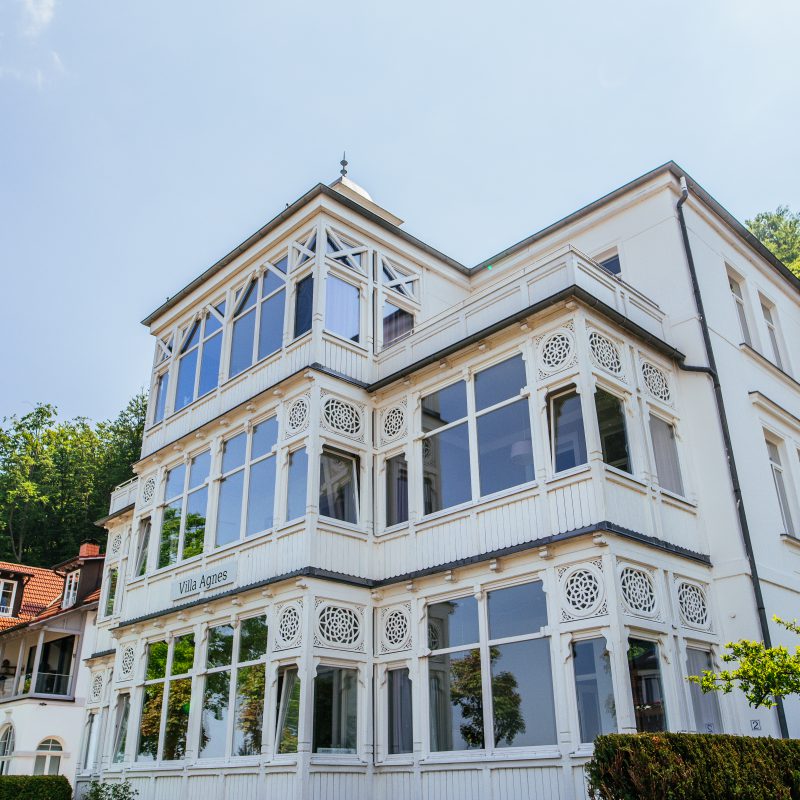 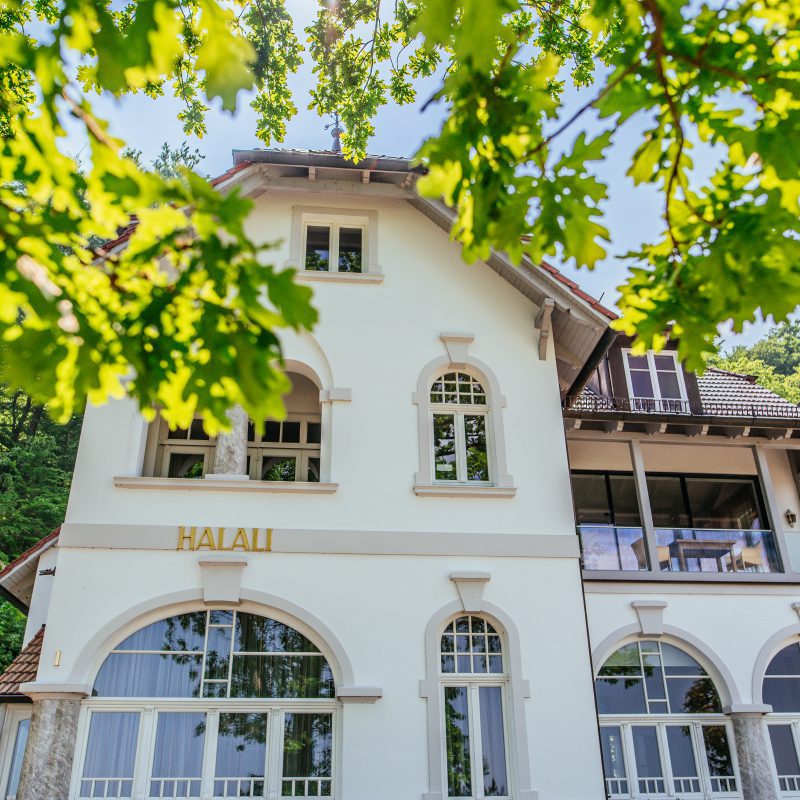 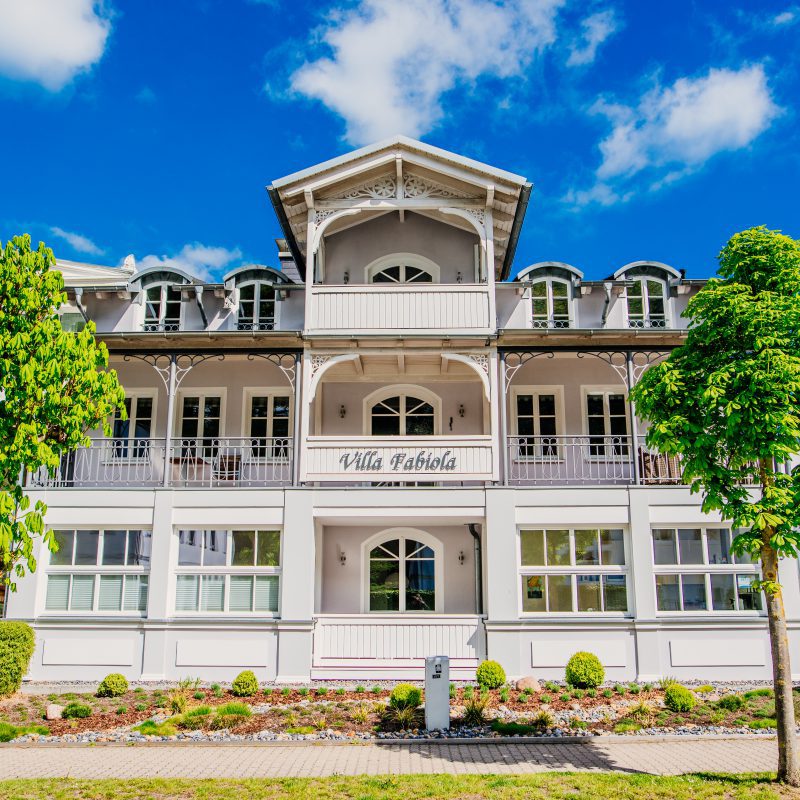 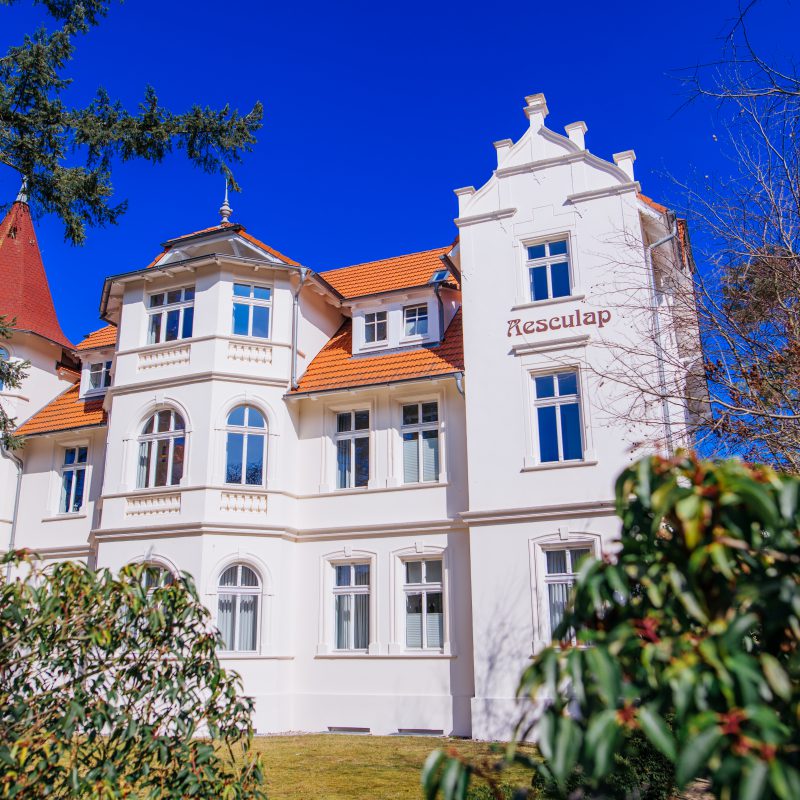 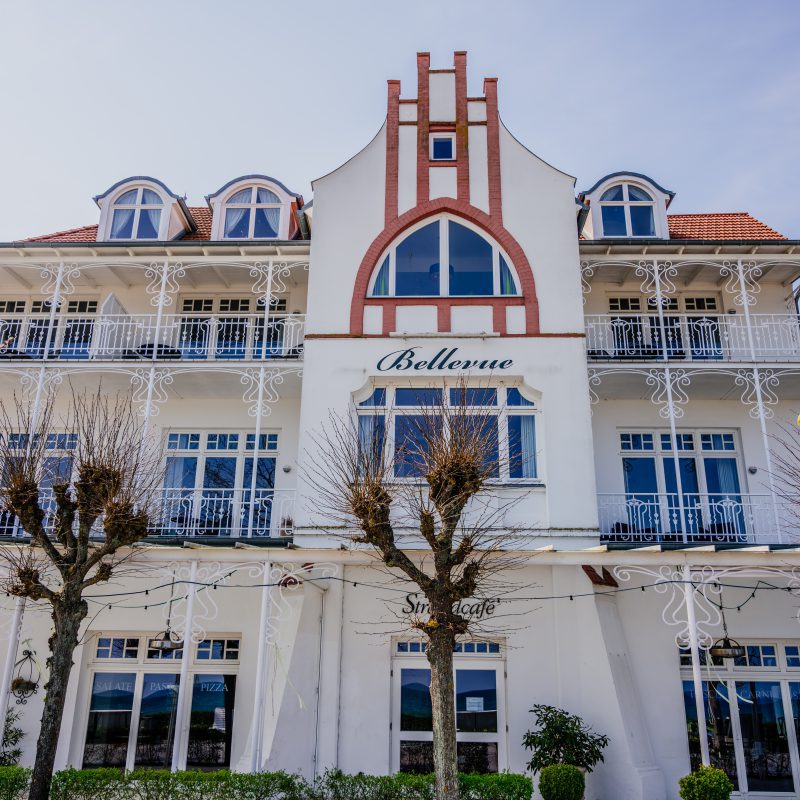 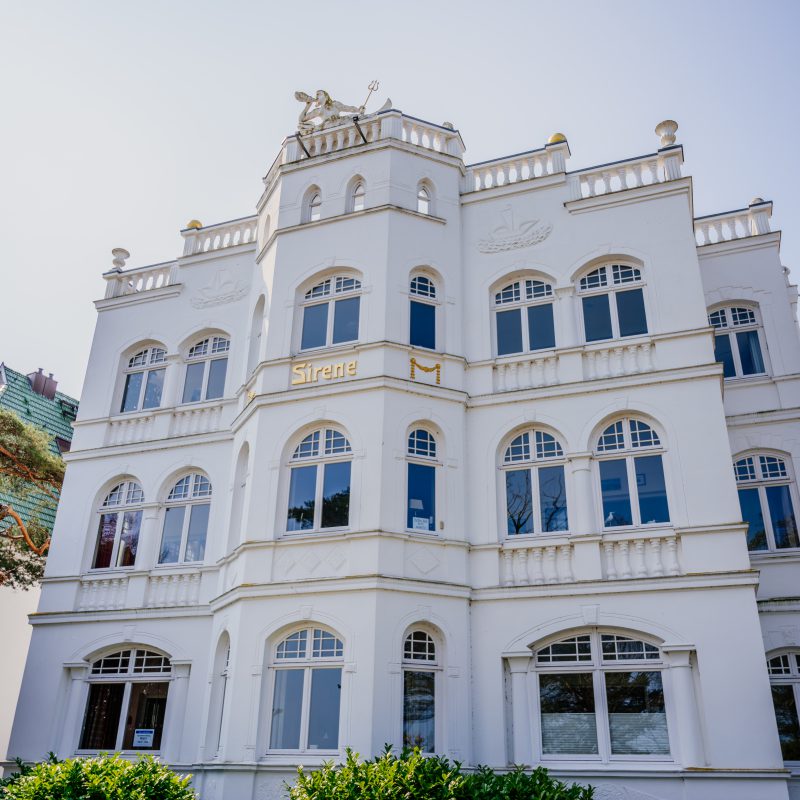 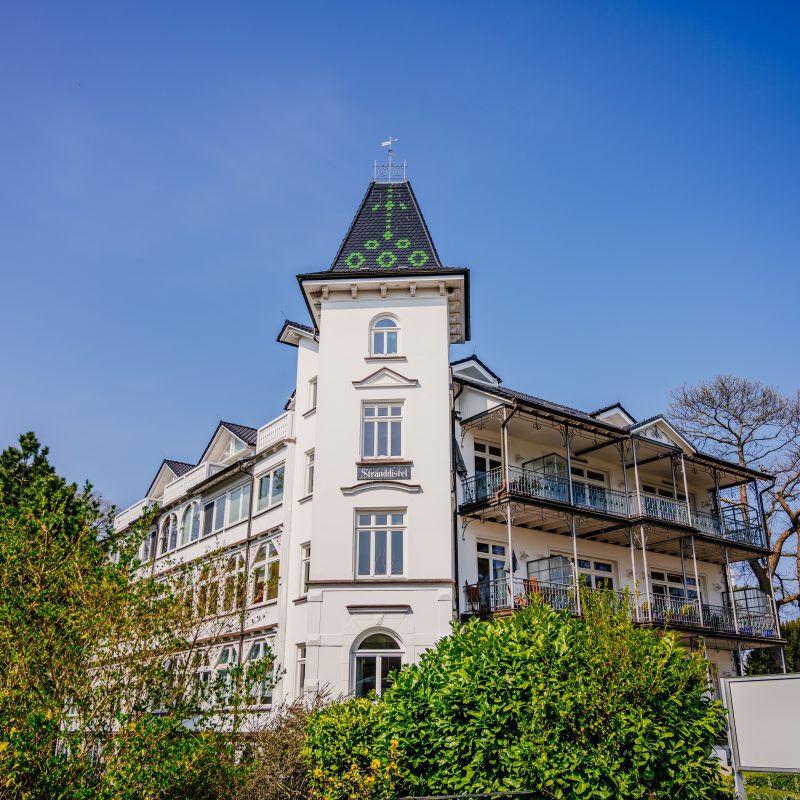 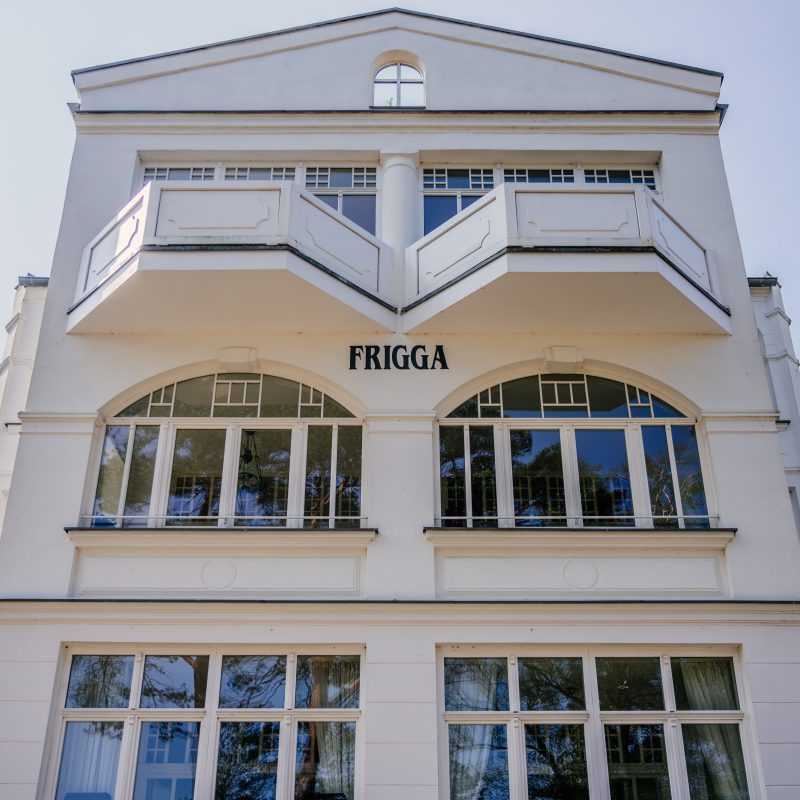