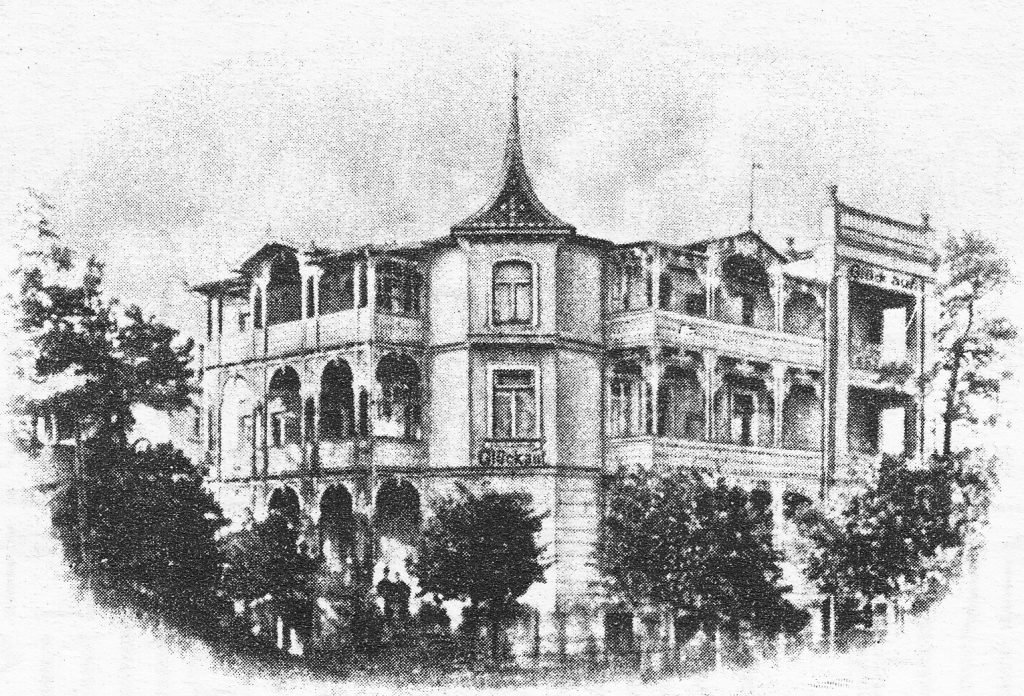 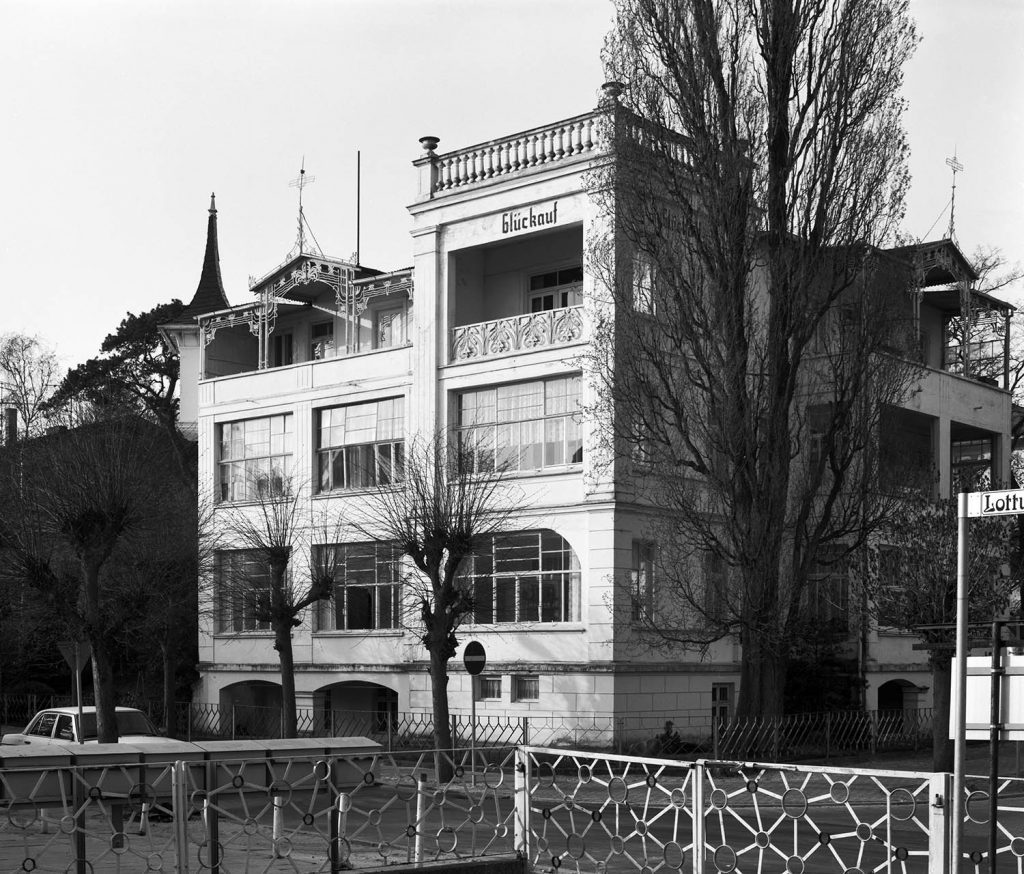 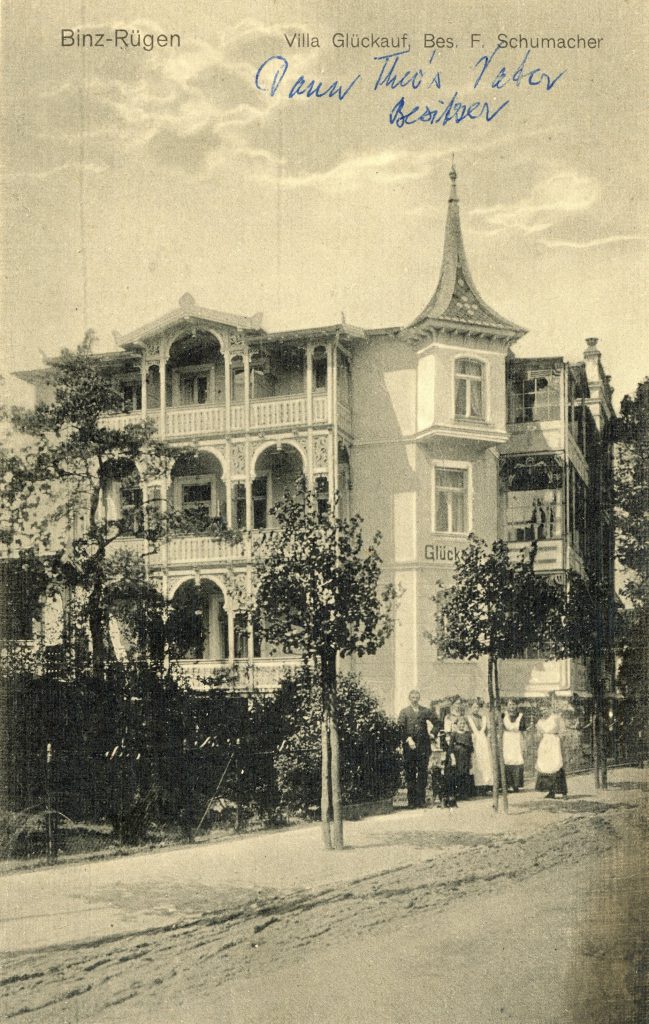 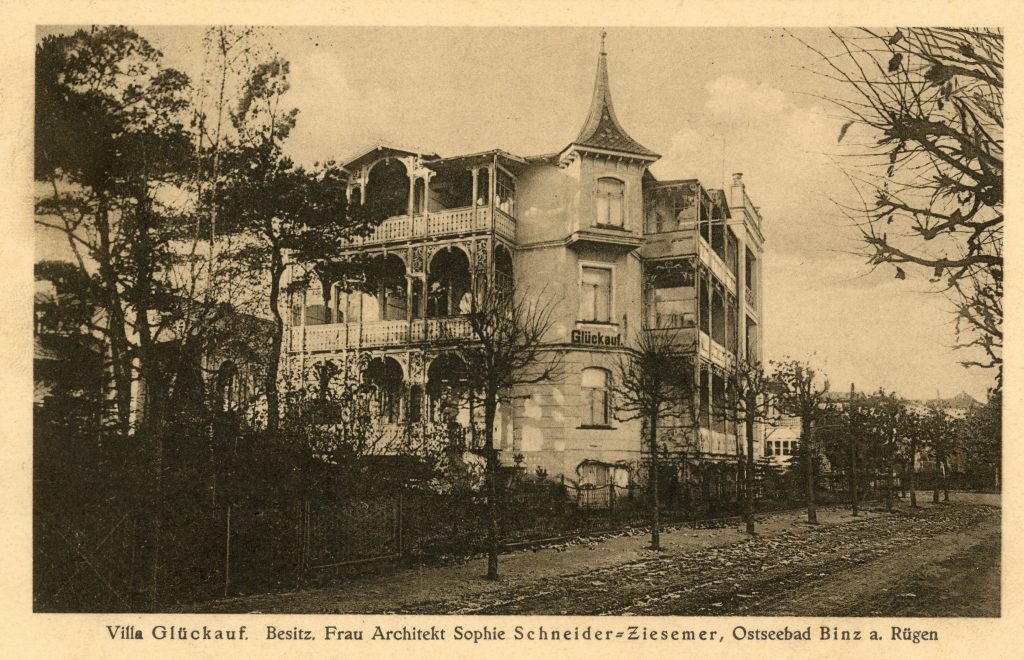 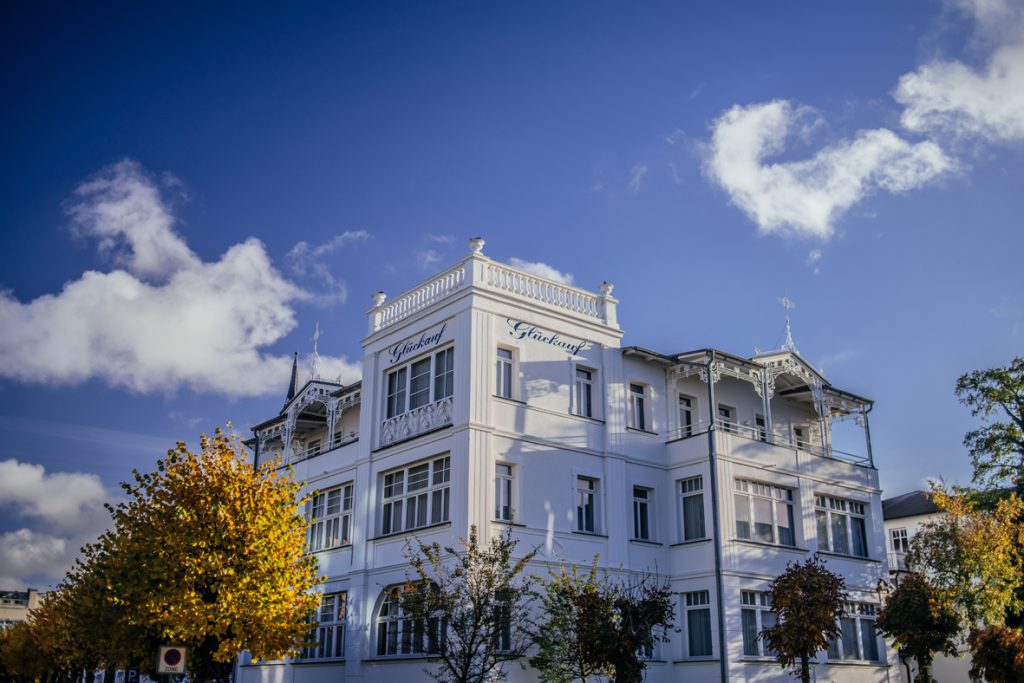 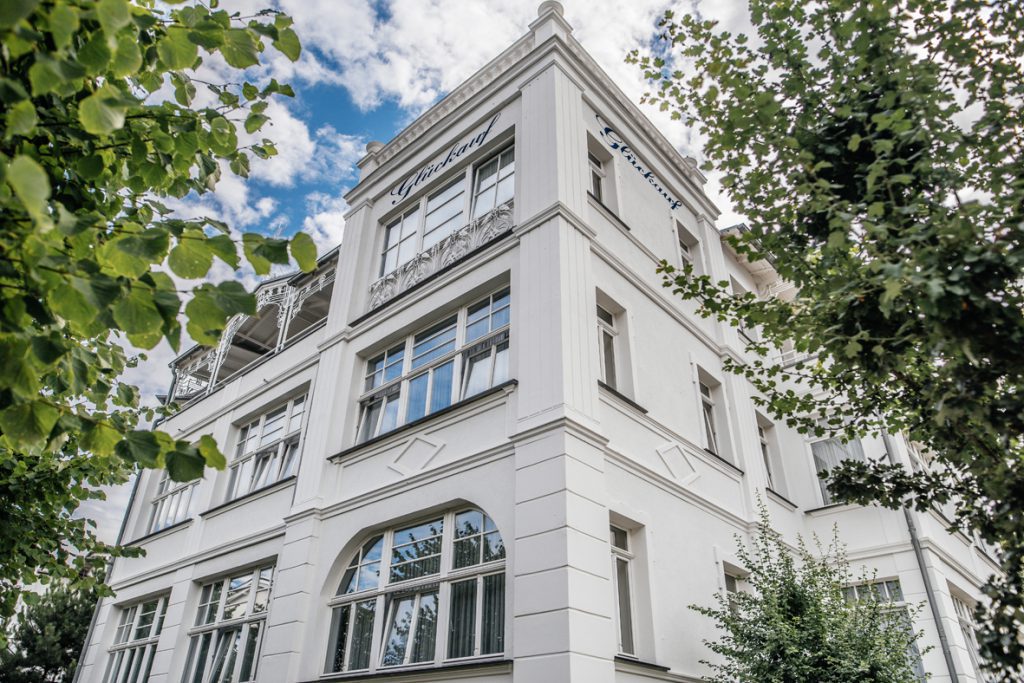 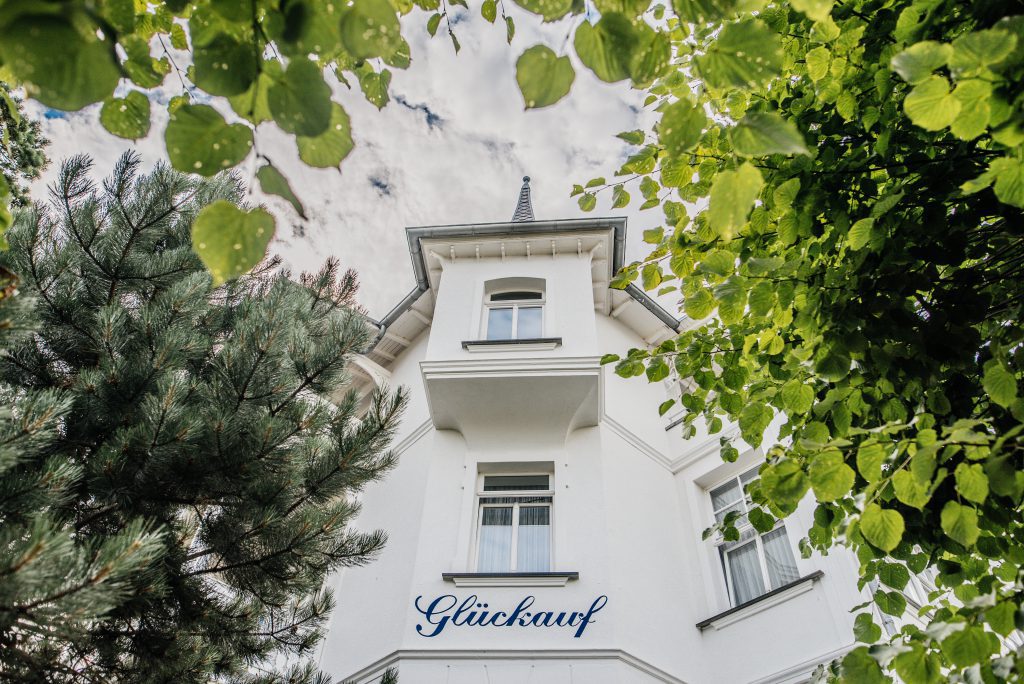 Previously known as: no previous names Architecture: In their book, Pomeranian Resort Architecture, authors Wolfgang Schneider & Torsten Seegert describe the property as follows: The effect of this complex is not dissimilar to that of a municipal Gründerzeit villa. The plastered three-storey corner construction is characterised by its high semi-basement. One wing points towards Wylichstraße, while the tower is erected towards Marienstraße as a three-storey square loggia construction with pilaster strips and floral décor. A balustrade in the Attic style adorns the flat roof. Construction: around 1904 History/proprietors pre-1945: The Villa Glückauf was first mentioned in the accommodation index in 1905 as follows: Wylichstraße 12, Villa Glückauf, proprietor Fritz Bollow, 20 rooms, 2 kitchens. Four years later, the Binz Guidebook has the following entry for Wylichstraße 10, Villa Glückauf: Premium lodging house, quiet location near the beach with superb views of forest and sea, commends its excellent rooms with modern furnishings and elec. light & verandas, also apartments with kitchen. Board optional save 1st breakfast. In 1920, the property changed hands. The new owner was recorded as one Mrs Ziesemer, later Mrs Ziesemer-Schneider. The 1928 edition of the Binz Guidebook features the following advertisement for the property: Guesthouse Villa Glückauf, elegant & quiet establishment with garden, in close proximity to the beach. Sea and forest views. High airy rooms, all with balconies or verandas, also single rooms. Electric light. Excellent food. Discounts out of season. Porters at train station and steam boat jetty. Enquiries to the proprietor, Mrs Schneider. From 1935, a Mr Robert Meußling is identified as the owner. GDR period: The Villa Glückauf was used, among other things during the GDR period, as residential accommodation as well as for holiday lets. Post 1990: The villa was purchased in the mid-1990s by the Schulten family from Emsbüren and comprehensively refurbished. The privately-operated block of studio flats opened in August 1998. At the end of 2017, Rösing Touristik GmbH bought the Villa Glückauf. Current use: Privately-operated block of studio flats.