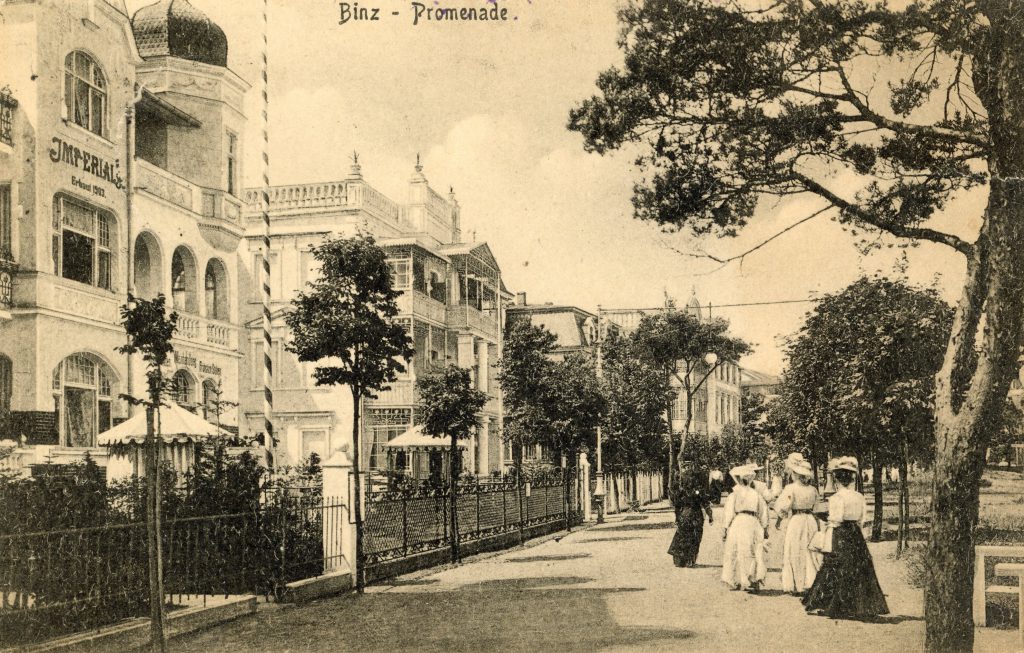 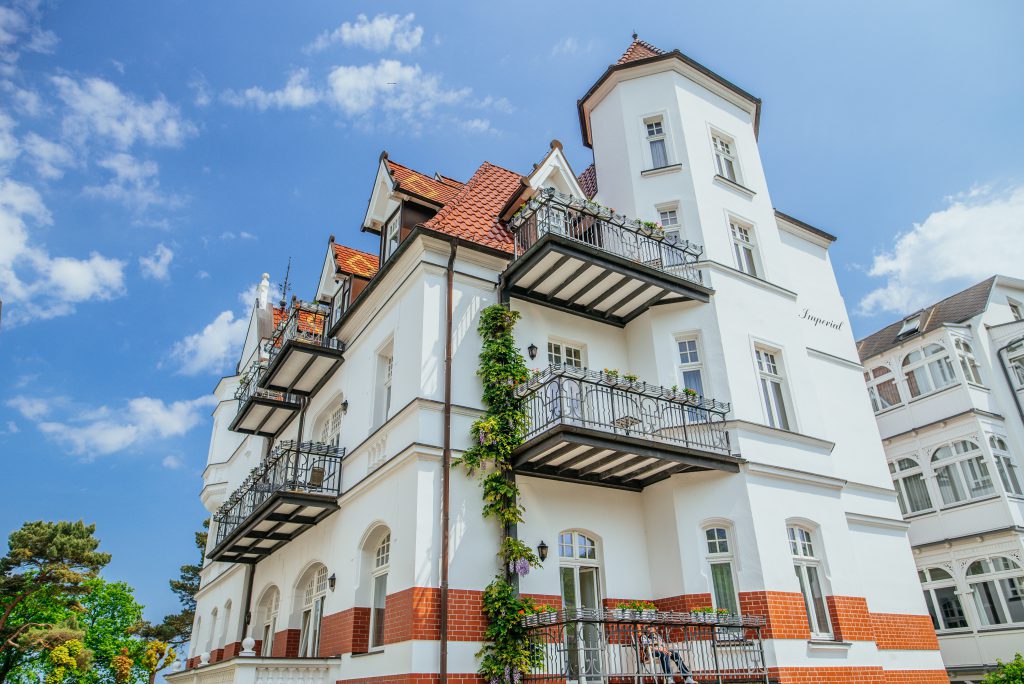 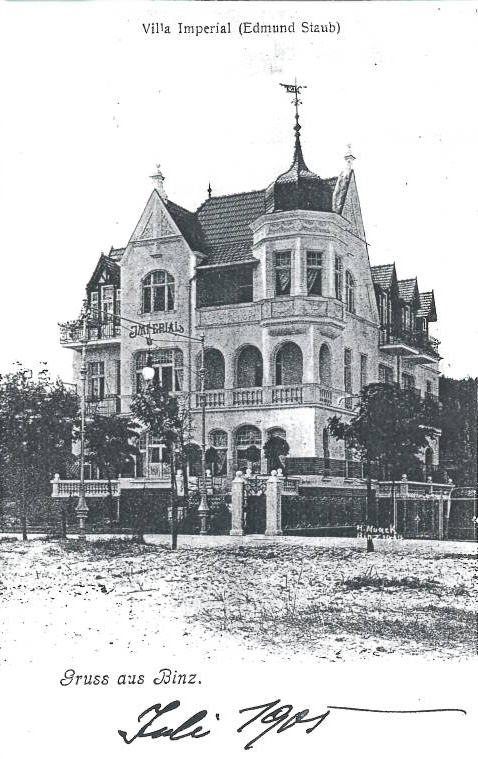 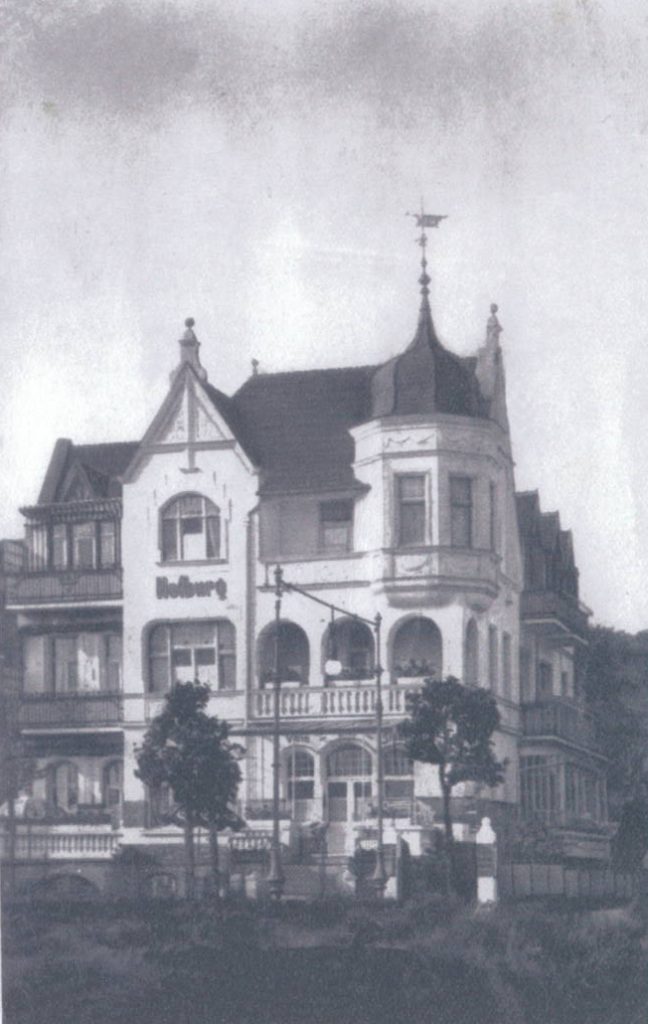 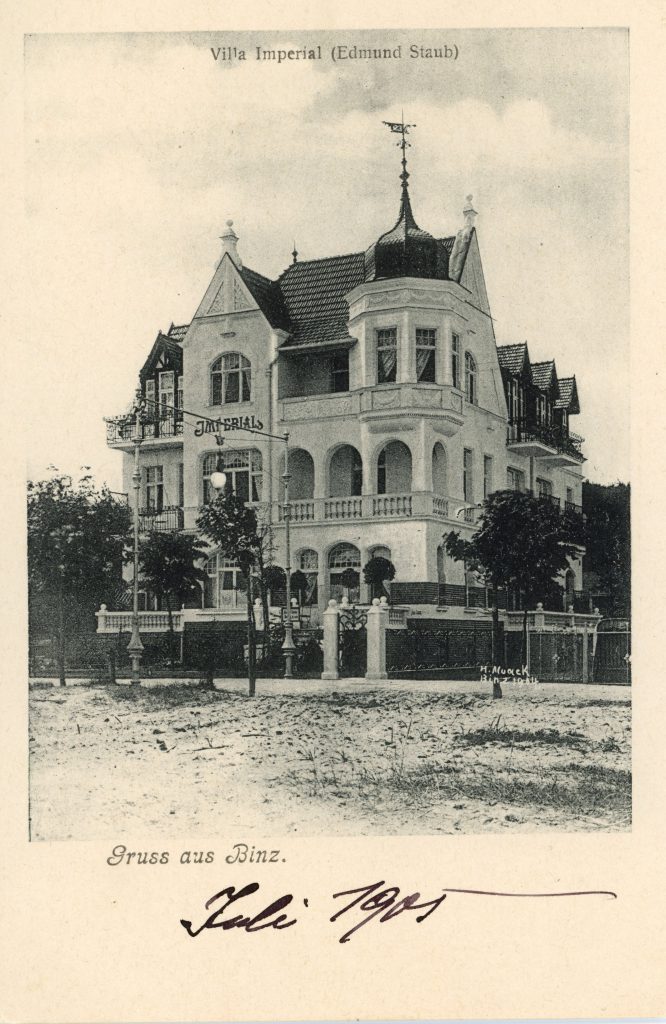 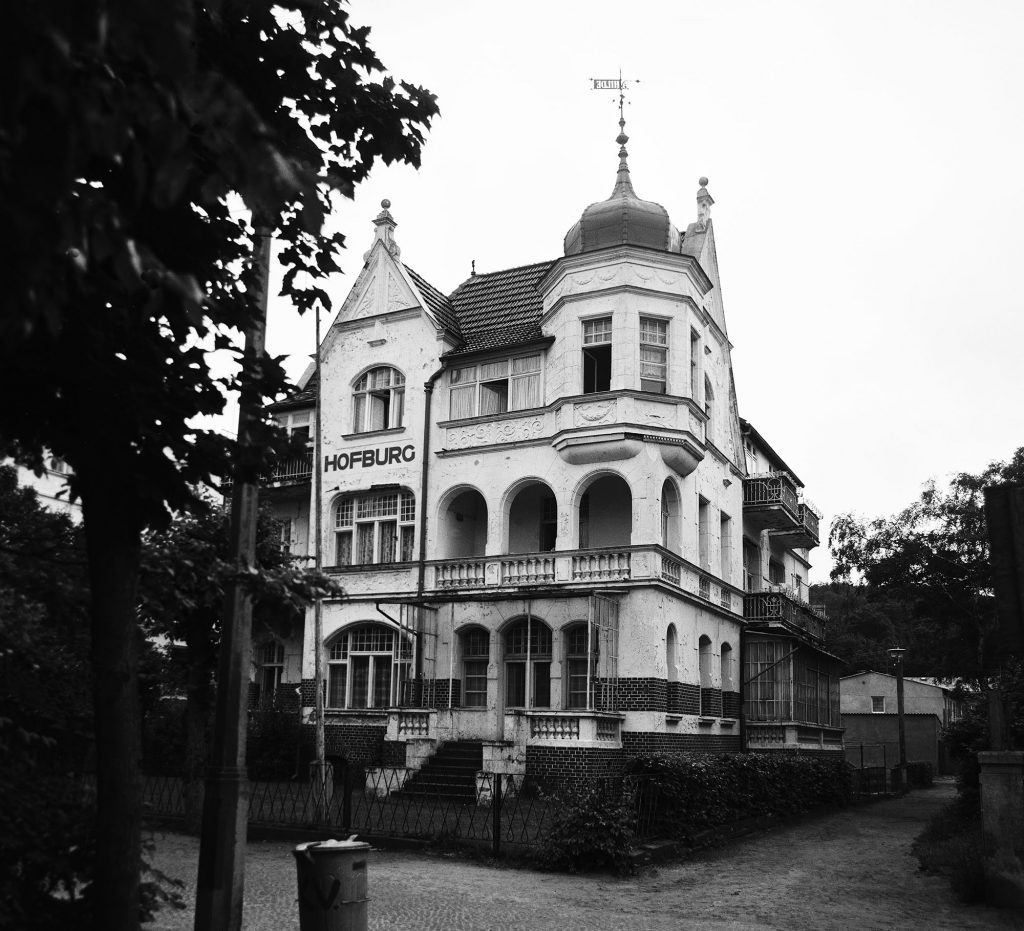 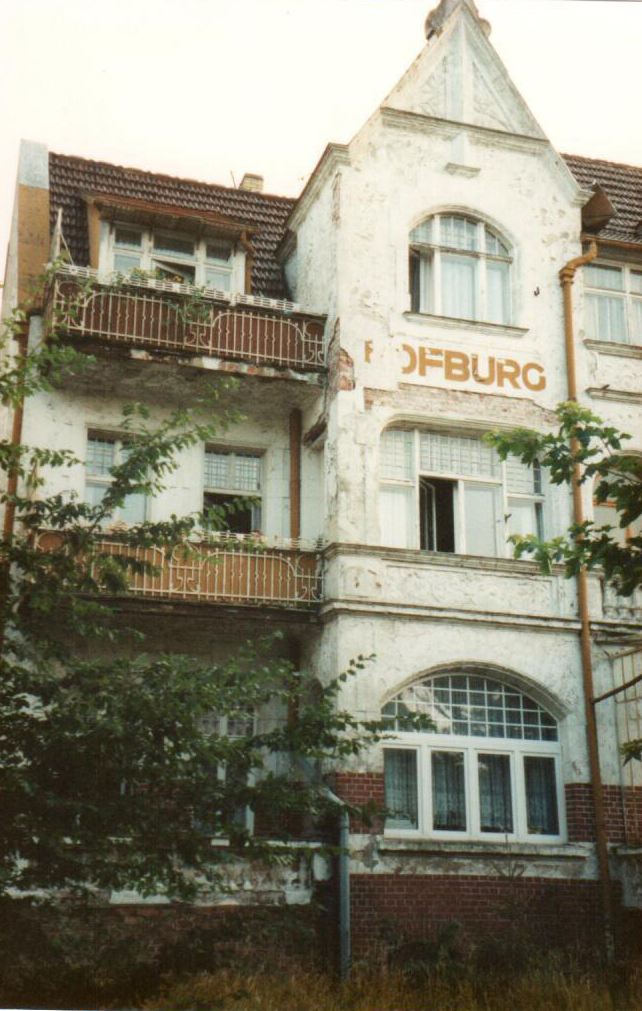 Formerly known as: Villa Hofburg Architecture: In their book, Pomeranian Resort Architecture, authors Wolfgang Schneider & Torsten Seegert describe the property as follows: This hexaxial building dates from the early 20th century. The two-storey plastered main body is supplemented on the seaward facing side by a three-story central avant-corps beneath a high gabled roof. To the right, above the top storey and in front of the converted attic, sits a polygonal corner tower with a curved spire crowning the roof. Construction: 1903 History/proprietors pre-1945: Edmund Staub had the Villa Imperial built directly on the promenade. Alongside the family guesthouse with its 26 rooms, the building also benefitted from a specialist wine merchant from around 1908. The latter soon became known as Weinhaus Hofburg. Sometime around 1925, the building itself also took the name Villa Hofburg and was carried on by the widow of Edmund Staub, Mrs Emma von Olszynski. A 1928 guidebook, The Baltic Coast Resort of Binz auf Rügen, Practical Tips, describes the Haus Hofburg as follows: Family guesthouse located in front of the family pool and pier. Sublime views of the forest and sea. Running water in the rooms. Bath on the premises. Large, high rooms with balconies, verandas and loggias. Small rooms available for those with modest requirements. Special meals for children. Food served at small tables. Front and (sheltered) back gardens. By 1939 at the latest, Ludwig Wenninger was identified as the Hofburg’s proprietor. GDR period: Following the Second World War, the building was initially used as the headquarters of the occupying Russian commandant, before later being converted into residential accommodation. Post 1990: The Villa Imperial was first returned to its original purpose and name in 1998 following its conversion into a hotel by the Löw family. Current use: Privately-run bed-and-breakfast hotel.