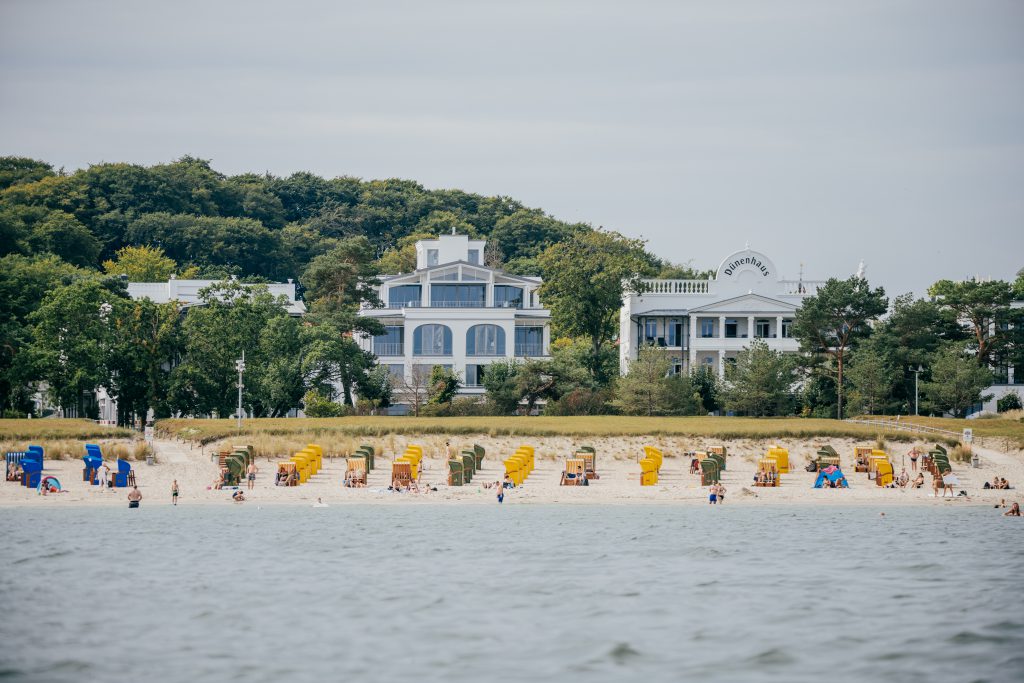 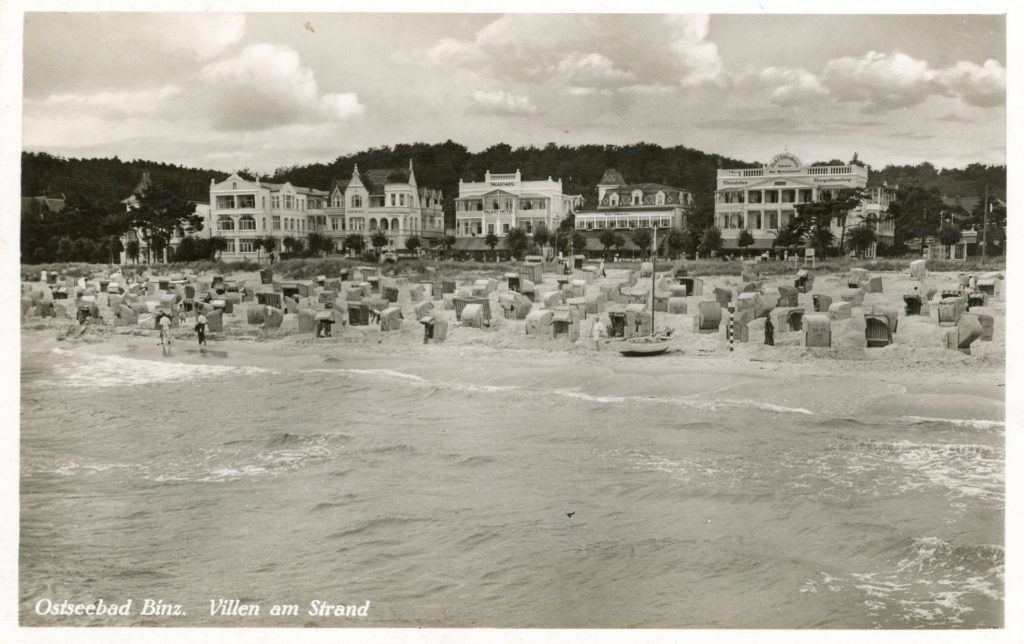 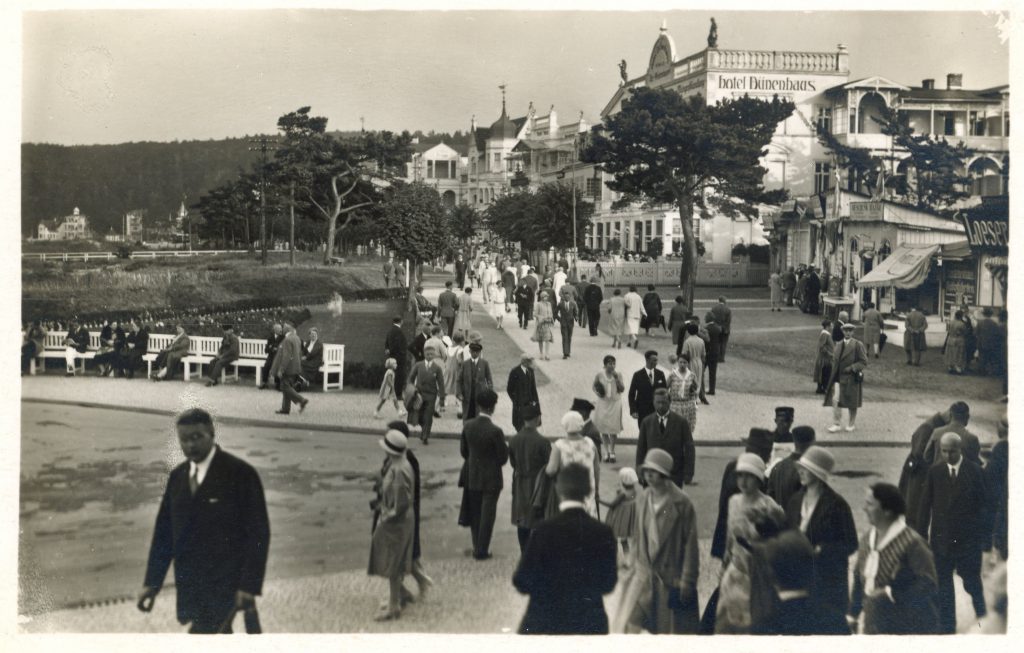 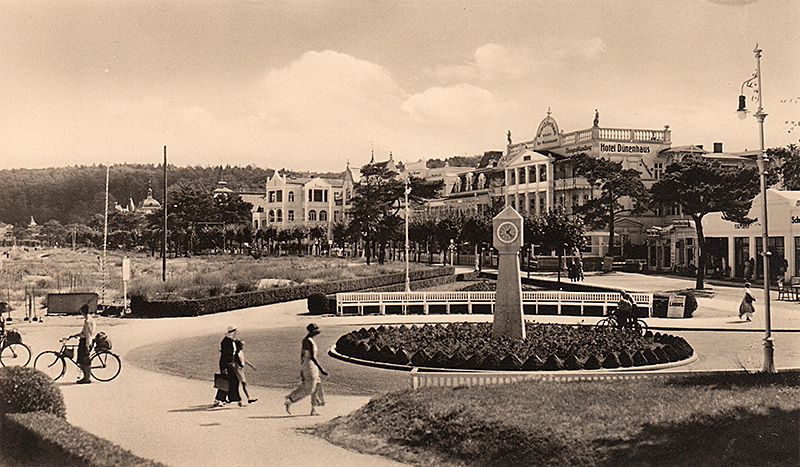 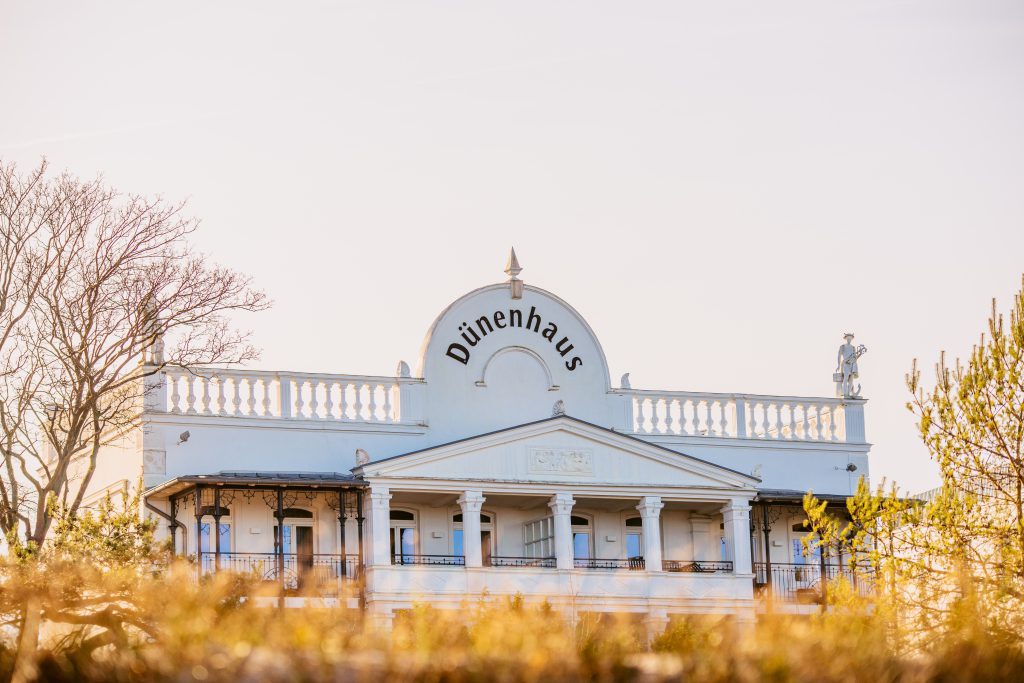 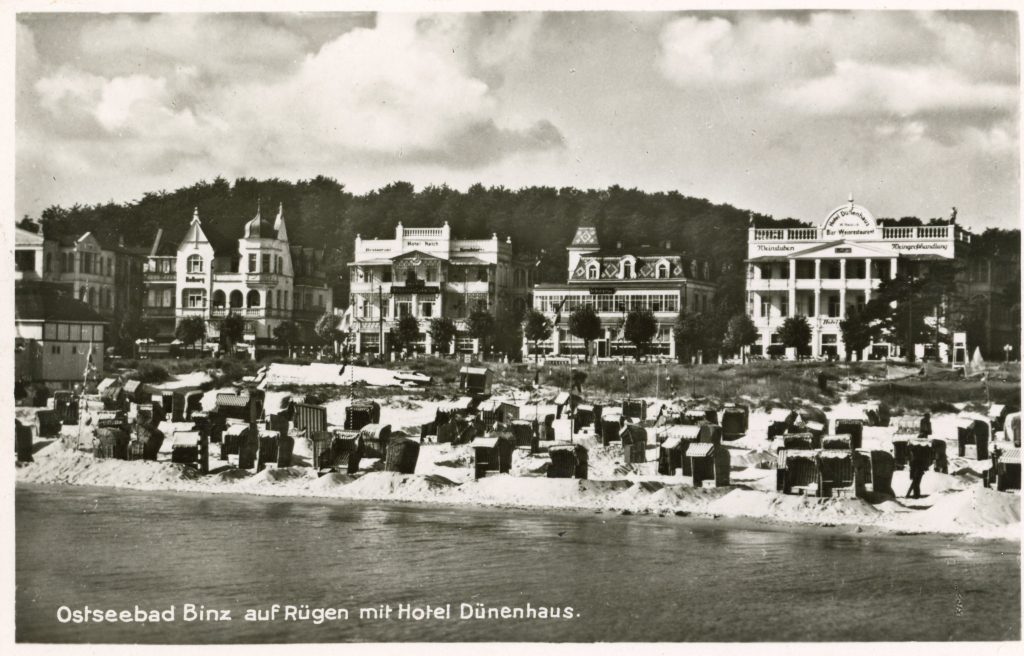 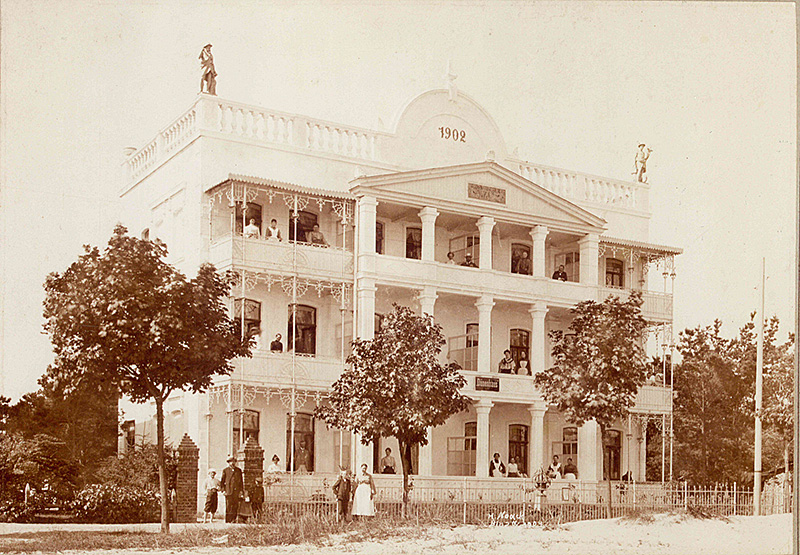 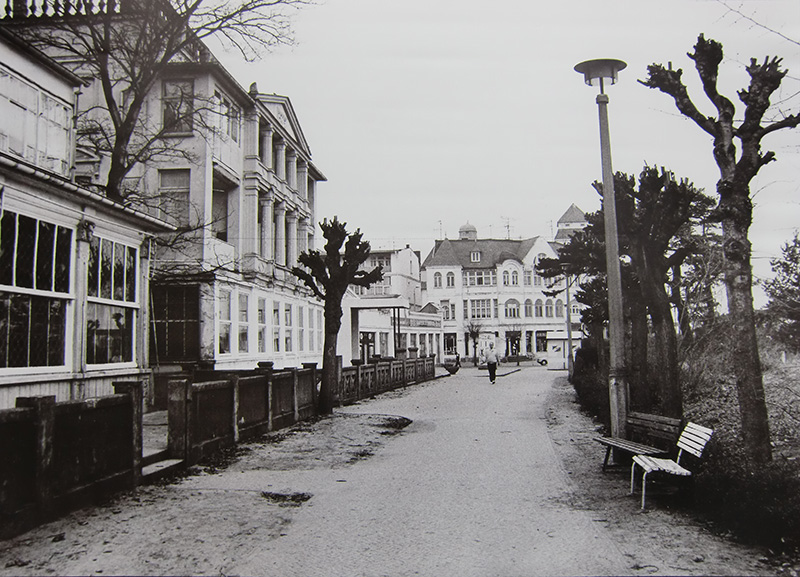 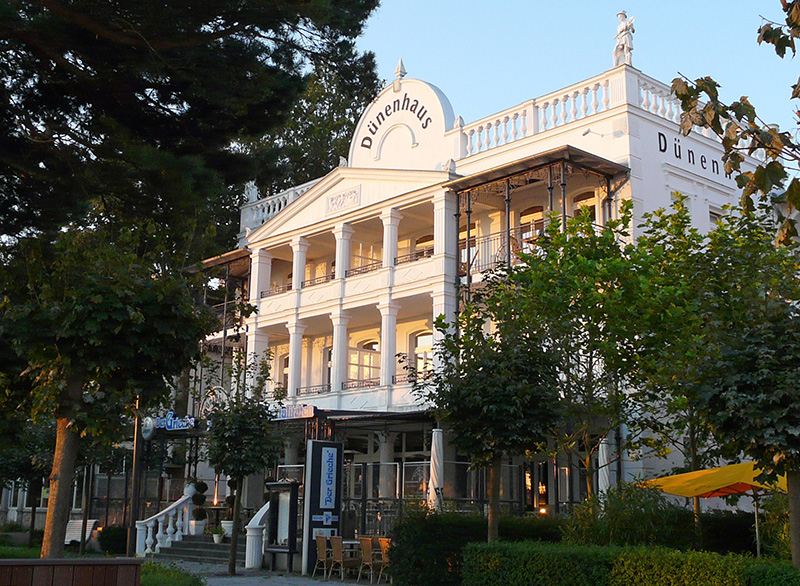 
Previously known as: no previous names Architecture: The Dünenhaus has the appearance of an Italian villa in the classical style. The wide central portion is finished with a pediment on top. The decorative attic features a roughly 2m x 0.6m relief panel, entitled Summer. Here, a couple can be seen reaping the harvest in a cornfield. The farmer holds a scythe, his wife a sickle. The two children, one carrying a sheaf, the other grains, are presenting their gifts to the Roman goddess of grain and agriculture, Ceres. She holds a floral wreath as a sign of fertility and eternal youth. Even 100 years ago, relief panels like this were being industrially produced and made available for mail order. On the roof are two figures. The first is Hermes, messenger of the gods. The second is Hephaestus, the Greek god of fire and blacksmiths. Construction: 1902 History/proprietors pre-1945: The Dünenhaus was built in 1902. A year later, it appeared in the Binz accommodation index. The owner was identified as Johann Lokenvitz. This remained the case until 1914, when it was passed on to Mrs Lokenvitz. Willy Hedrich took over the hotel in 1920, running it until 1953. According to an advertisement from 1928, Hotel Dünenhaus was an exclusive premium establishment with a beer and wine restaurant and car garages. In the 1930s and 40s, in particular, the visitors’ register recorded a number of prominent guests. GDR period: Project Rose led to the dispossession of the Hedrich family. During the GDR period, it was mainly officers of the National People’s Army who lived in Dünenhaus, together with other additional tenants later on. The ground floor became a dance hall. Post 1990: In 1990, Dünenhaus was restored to Willy Hedrich’s daughter, who sold it to Arne Kurowski and two other investors in 1996. The building was then renovated, reopening in 1998. On the ground floor is a restaurant, with holiday apartments on the floors above. In spite of further changes of ownership up until 2013, the property’s use has remained the same. Current use: Seaside villa with holiday apartments and a catering establishment Fascinating fact: There is one brief anecdote for this building. In 1930, the actors Willy Fritsch and Lilian Harvey, famous for films including The Three from the Filling Station, stayed here at Dünenhaus Hotel. Fritsch was one of the few people allowed to drive his car up to the hotel along the promenade.