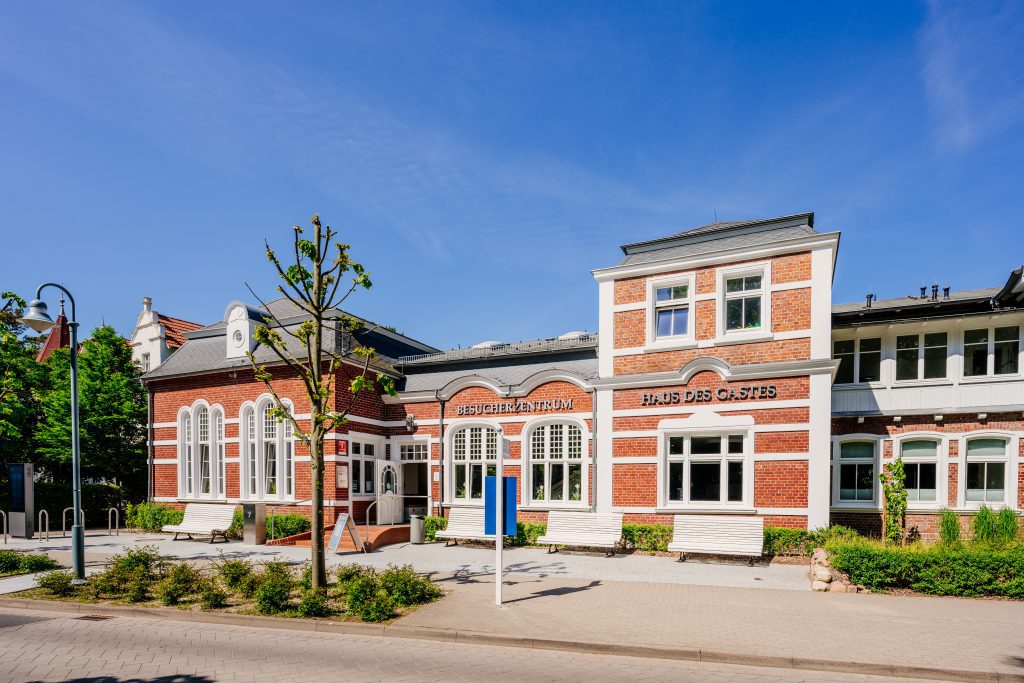 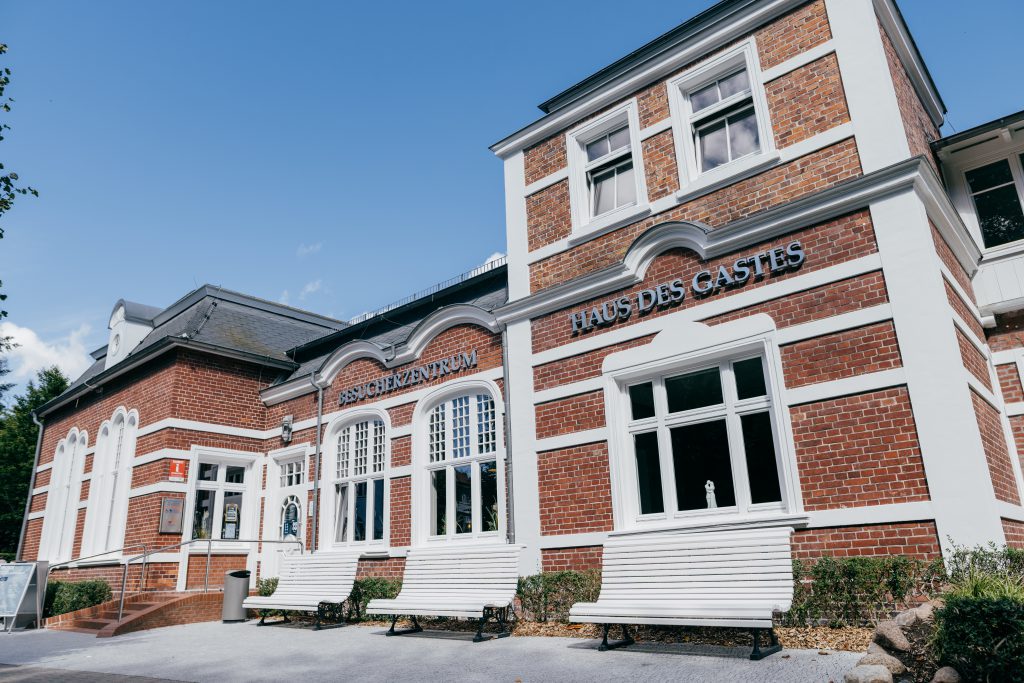 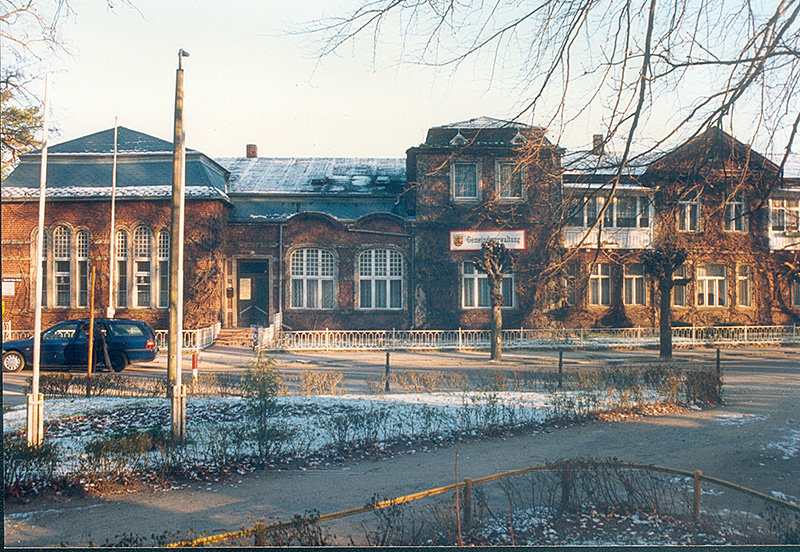 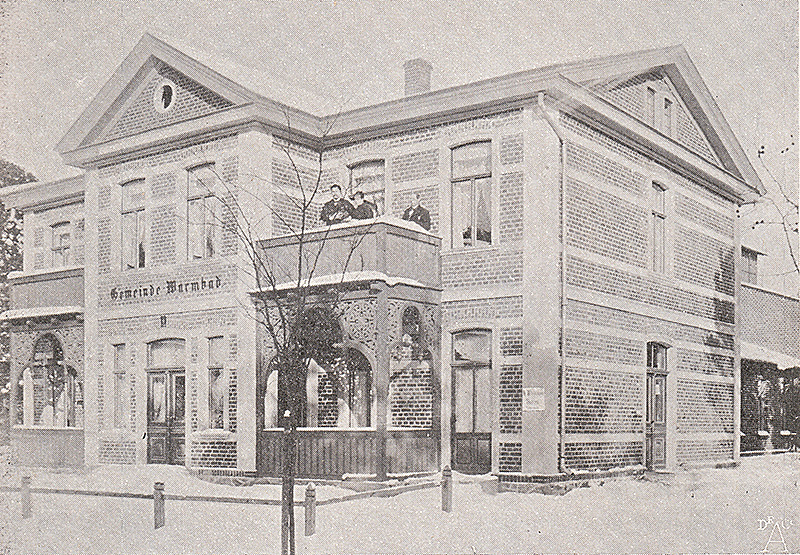 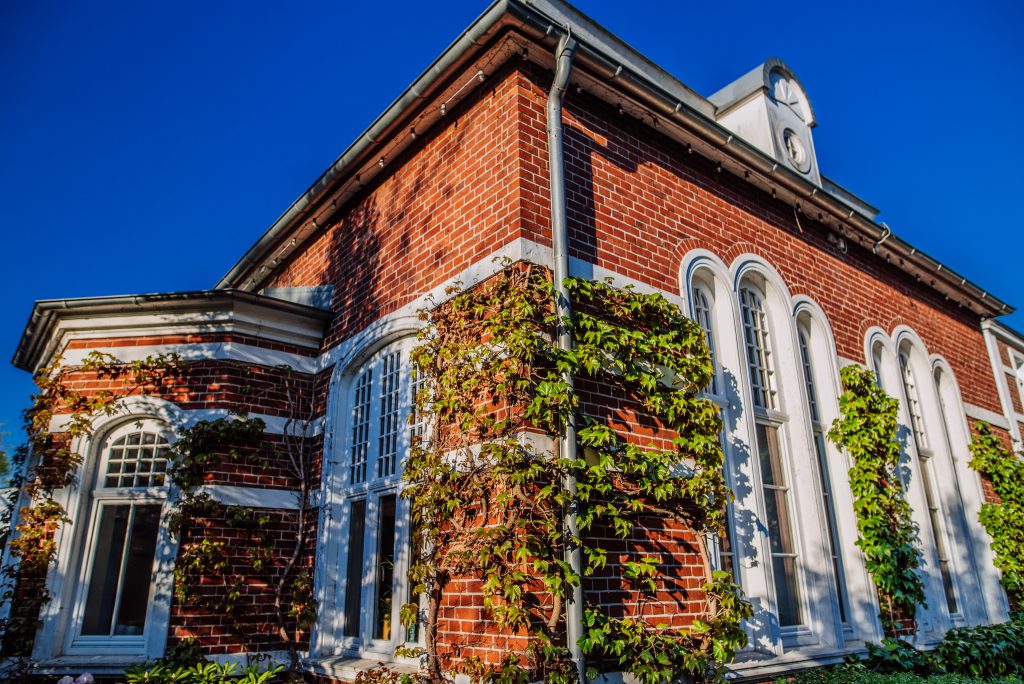 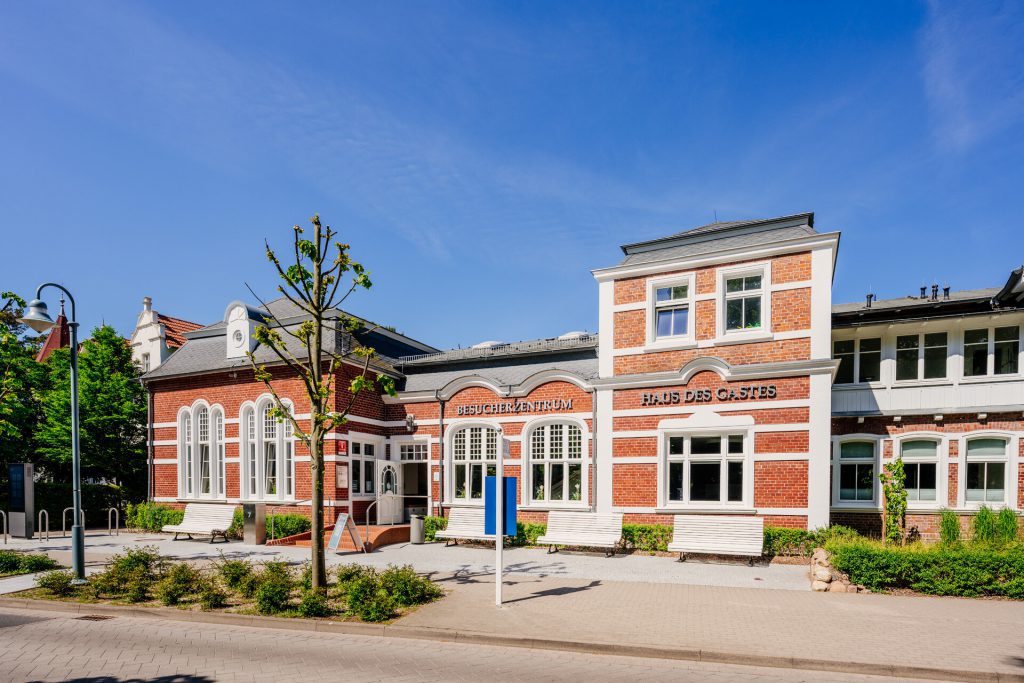 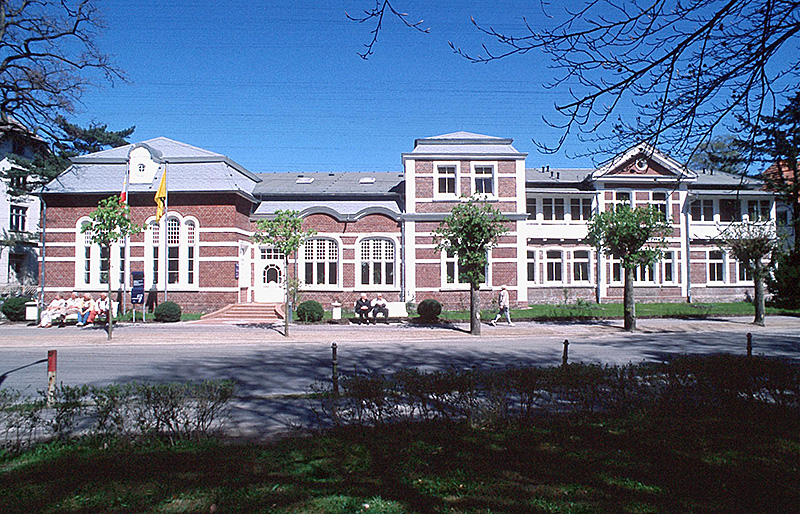 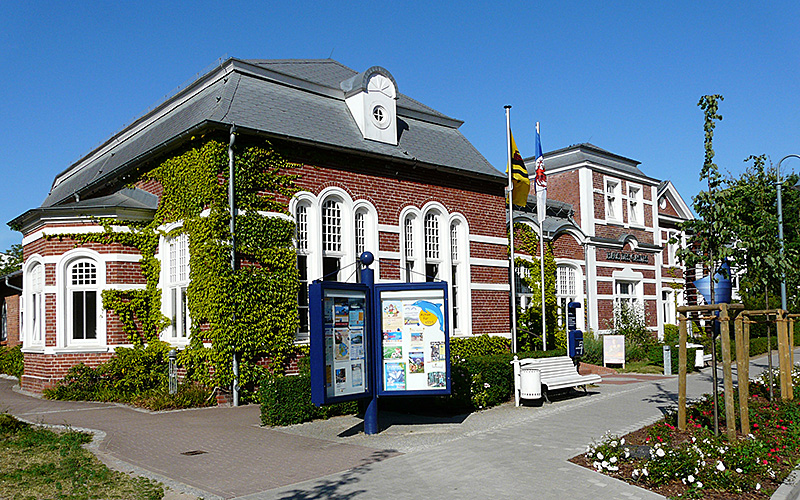 Formerly known as: Parish Hall and Hot Baths Architecture: Brick architecture (designating a public building) Opened: 1896/1897 History/proprietors pre-1945: In 1894/1895, in view of the rising numbers of guests and the limited capacity of the existing hot baths (spa resort), the parish decided to build its own hot baths. According to a report in the Rügen District Advertiser of 12 July 1895, the new property wouldn’t be finished in time for the current season. It was finally opened in 1896 or 1897. The building incorporated the hot baths, local government offices, resort management (i.e. the mayor), a reading room and a residential dwelling (initially for the mayor and subsequently for a policeman). In 1903, there were 17 bathing rooms supplied with water from the Baltic Sea by steam operation (with terrazzo bathtubs, showers for every kind of medicinal bath, and bathing rooms with massage sofas). According to the resort management, an inhalatorium and a radium bath emanator (a machine for emitting radium) were installed in 1928. GDR period: It was most likely in the late 1960’s that the last hot bath rooms were dismantled and the building used for municipal and resort management. Post 1990: In 1998, the local government offices moved into a new building in Jasmunder Straße. One year later, the former hot baths were converted into the Haus des Gastes. It was opened in September 2000. Current use: Haus des Gastes (Guest House) with Tourist Information, resort management offices, meeting rooms and a wedding venue Fascinating fact: For the seawater baths, water was pumped from the Baltic Sea via a 600m-pipe into a buffer tank, from where it was fed into the bathtubs via a heating system. Every day, several thousand litres of Baltic Sea water were used in this way.