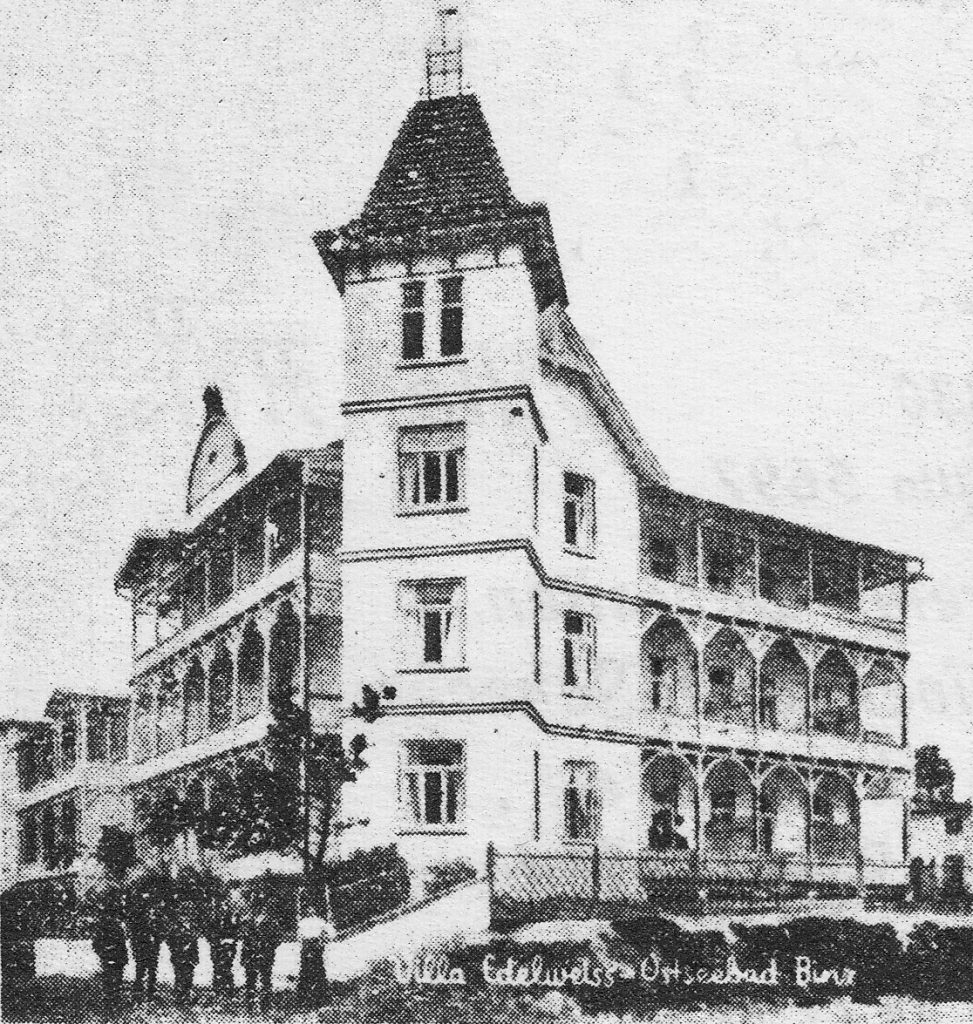 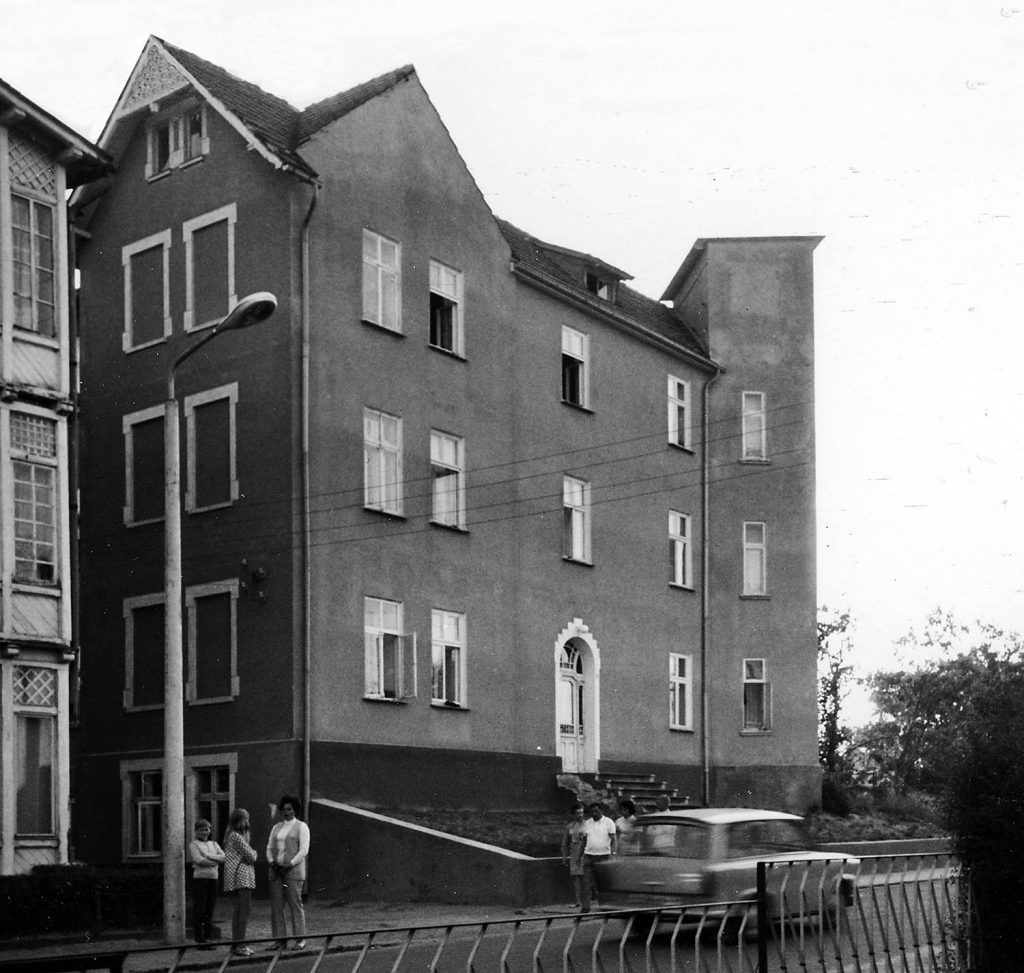 
Formerly known as: no previous names Architecture: This building was built in the style typical of the time, also referred to as resort architecture. So-called ‘stacked verandas’ have been added to a three-storey right-angled plastered construction and joined at the corner with a tower. Construction: Around 1909 History/proprietors pre-1945: The owner of Villa Seydlitz, Mr W Wahl, had the Villa Edelweiß built on the neighbouring plot in 1908/9. The accommodation index from 1909 includes the following entry: ‘Lottumstr.14, Villa Edelweiß, proprietor Mr Wahl, 25 rooms and 1 kitchen. The advertisement states: Elegant lodging house, close to the beach, near to air- and sun-bathing, commends 30 rooms equipped with all modern conveniences, to let by the day/week at prices to suit every budget.’ Several changes of ownership followed. In 1928, ‘large, sunny rooms with heating, electric light and covered balconies, and at decent prices’ were offered. This was also the year he Bartuschat family, grandparents of the current owners, acquired the property. The building was leased from around 1930 to a widow, Amalie Mann, and run as a guesthouse. From 1945, the property was used to house refugees from East Prussia.  GDR period: When, among others, the Free Federation of German Trade Unions’ holiday service demanded a room allocation at the property, the lessee withdrew and Mrs Bartuschat took over the management herself. The site didn’t escape Project Rose in 1953 either. Mrs Bartuschat transferred the management of the property to one of the residents and moved to be with her son in Berlin. Unfortunately, the building deteriorated over the course of time. Lightning struck the tower and the spire wasn’t repaired, but was instead replaced with a flat roof. The balconies grew unsafe and were torn down in the 1960s and 70s. In the 1980s, the property was quietly ‘transferred into public ownership’. Post 1990: In 1990, the Bartuschats’ son worked hard to have the property returned. They got it back, with some conditions, in 1991. By this time, the building was entirely let out as residential accommodation. Using the resources available, a few rooms were slowly converted for guests. In 1995, the Bartuschat’s grandson took over the business. Bit by bit, he renovated the property and now operates it as a family-run guesthouse. Current use: Family-run guesthouse Fascinating fact: Guesthouses used to have a porter who chauffeured guests and their luggage to and from the station. August Lerch, porter no. 7, lived in the Hinterhaus behind the Edelweiß. On his way back from taking guests to the station, he often used to make a stop in front of the Binzer Bierstuben, where the horse and carriage would wait patiently for him outside. Once he’d ‘paid his respects’ to the establishment, he often used to fall asleep on the journey home. It was never a problem. Everyone arrived safely back where they should have thanks to the horse knowing the route.