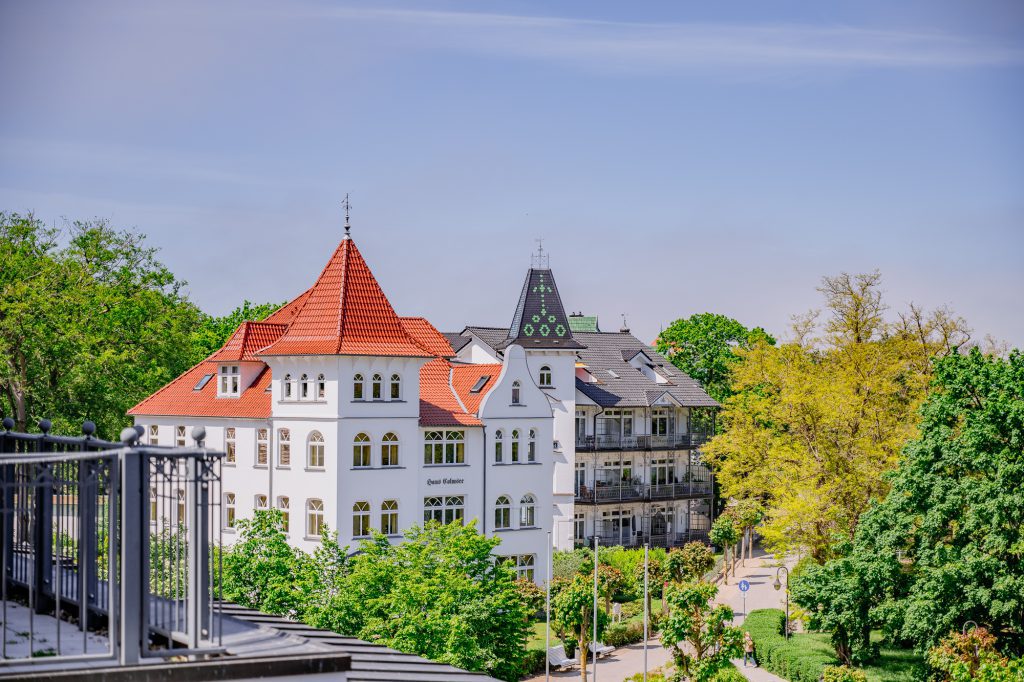 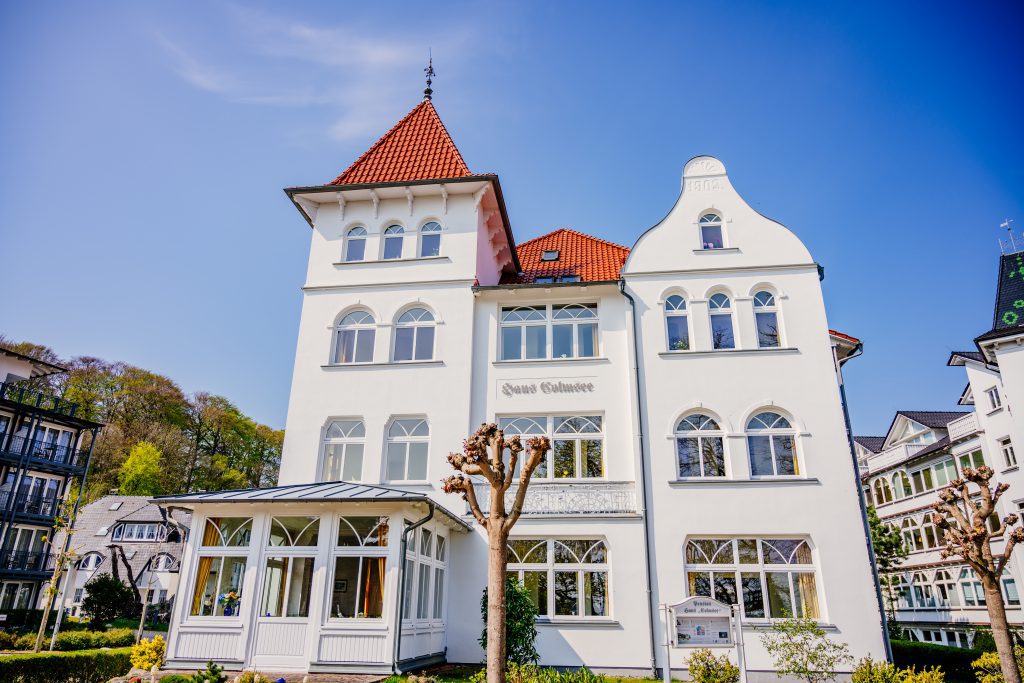 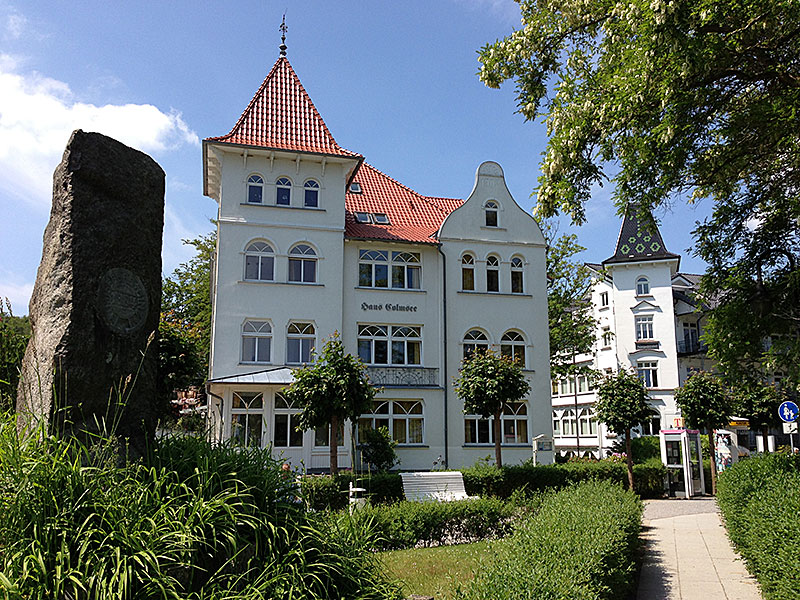 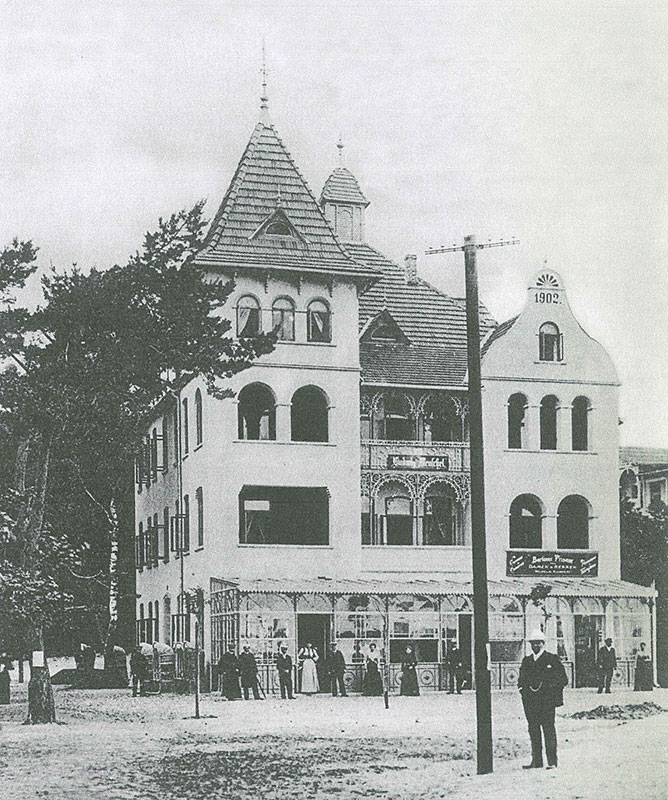 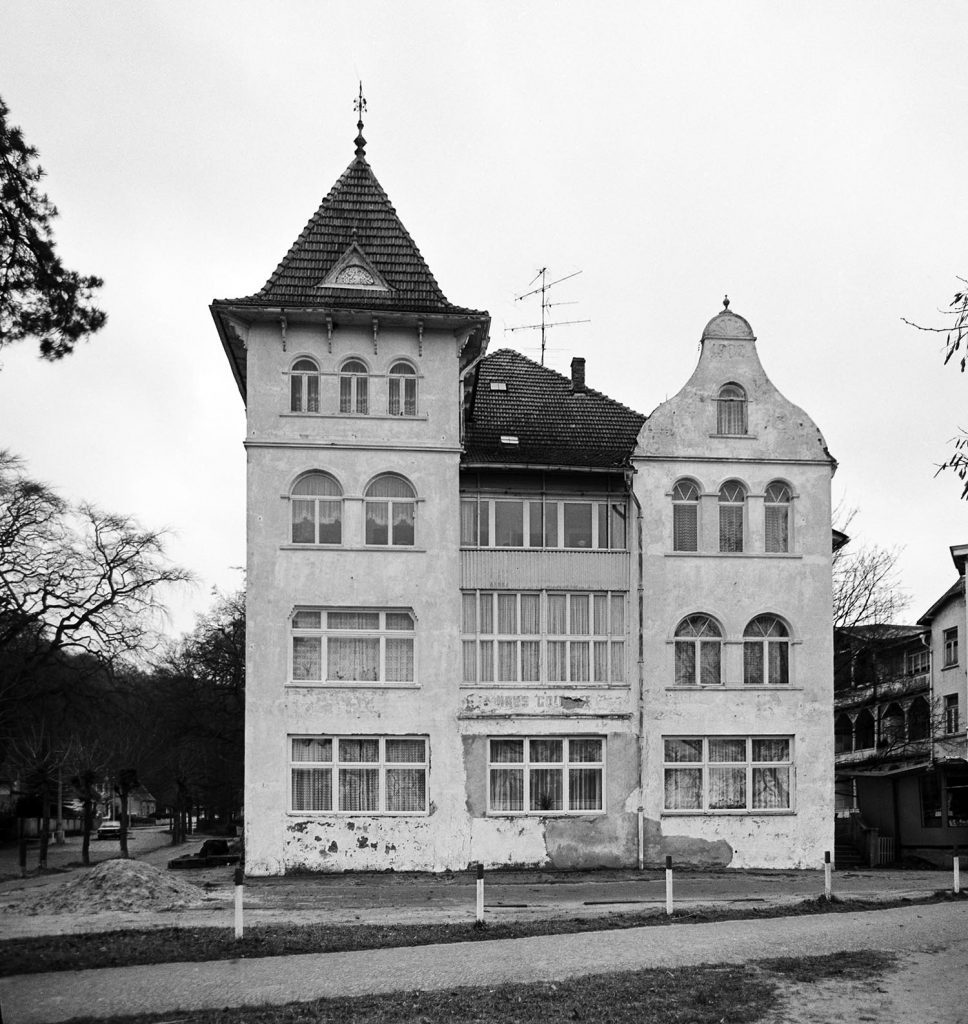 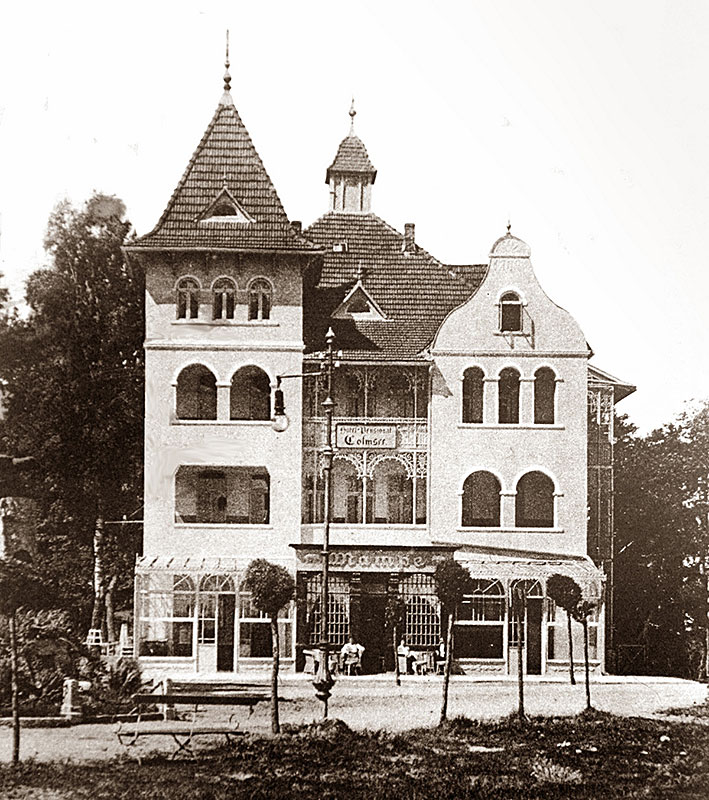 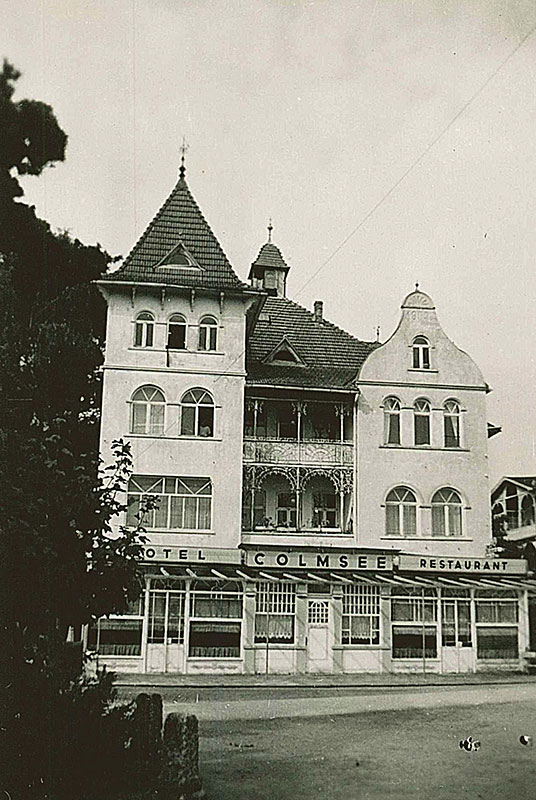 Formerly known as: Villa Keuschel Architecture: Beginning with a square plot, the building has several additional distinguishing features at its corners. The façade towards the promenade is divided into three different sections, separating the front into equal parts. The building’s left corner is shaped by a four-storey corner tower. The building’s right corner ends in a large three-storey construction, finished with a masonry slab. The central structure picks up the stylistic elements of the left corner section. Opened: 1902 History/proprietors pre-1945: Ludwig Keuschel of Bergen, a merchant, had been advertising various Binz business activities in the Rügen District Advertiser even before construction began on his lodging house and shop. In 1901, he applied to build a lodging house and shop, receiving approval from the Putbus county office. The Keuschel family moved to Binz in 1902 upon completion of the building works. The property was then acquired by Hertha Colmsee and Emilie Gieseke in 1920, who renovated it before reopening it as the Colmsee Hotel and Guesthouse. The building boasted a café and wine cellar. The restaurant operated under the name of Mampes Gute Stube (Mampe’s Little Parlour). A 1924 advertisement notes 15 rooms (of which 4 could be heated); availability of a telephone (no. 341); a garden and private chapel; breakfast, lunch and dinner; and porters at the train station and jetty. GDR period: In 1953, the Colmsee family’s property was confiscated under Project Rose. The building transferred into public ownership, serving as flats. Post 1990: In 1998, the building was converted and refurbished. It was reopened in 1999 as a guesthouse with 15 rooms and was run by the Colmsee family. Current use: Family-owned bed & breakfast Fascinating fact: ‘Take the Mampe and pour one for the lamp’ was an advertising slogan for Mampes Halb und Halb liquor. Mampes Gute Stube opened on Kurfürstendamm in Berlin in 1917. Inns in Frankfurt and Leipzig also traded under this name. They all served the world-famous spirit, which is made from around 130 different digestive herbs.