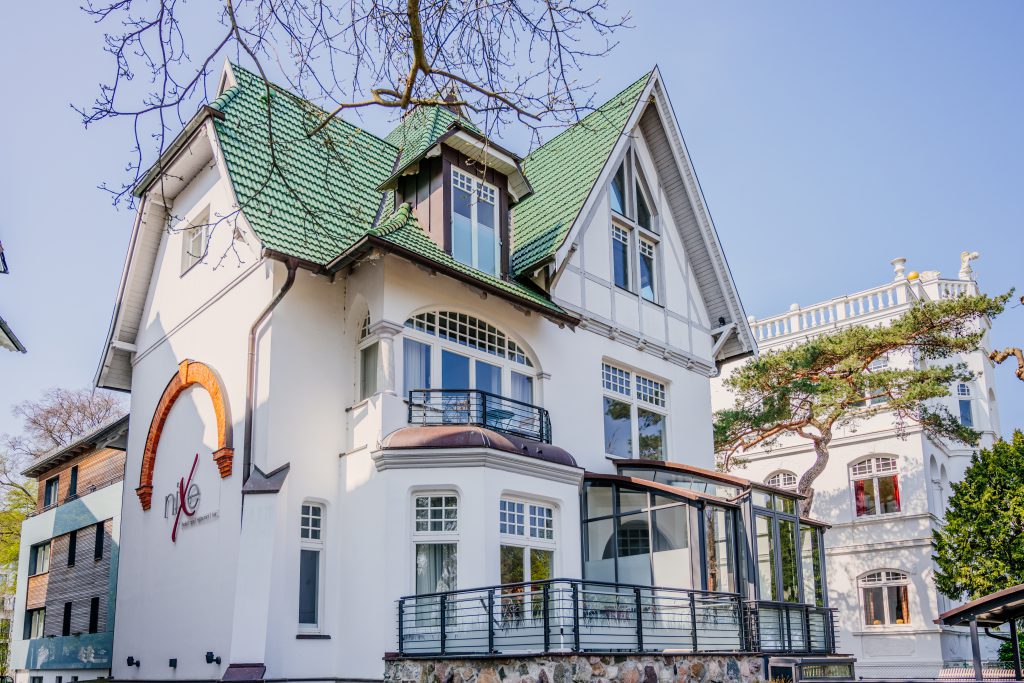 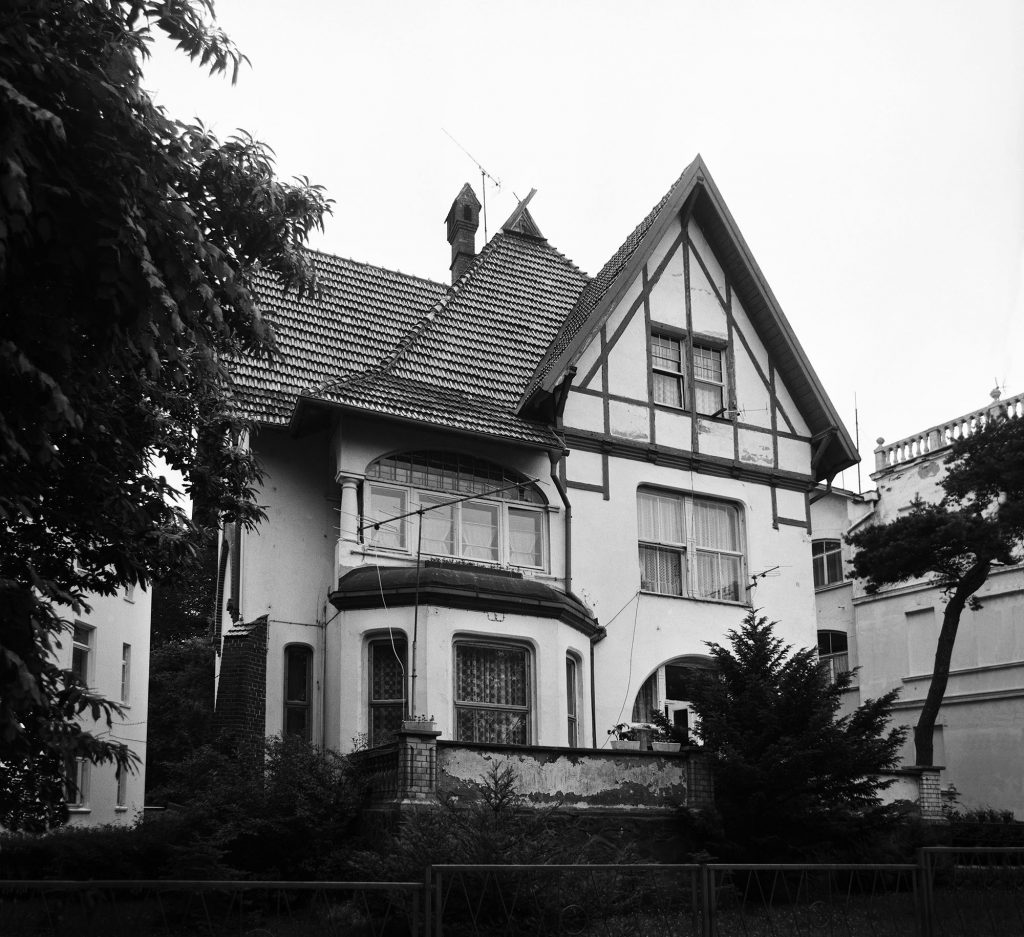 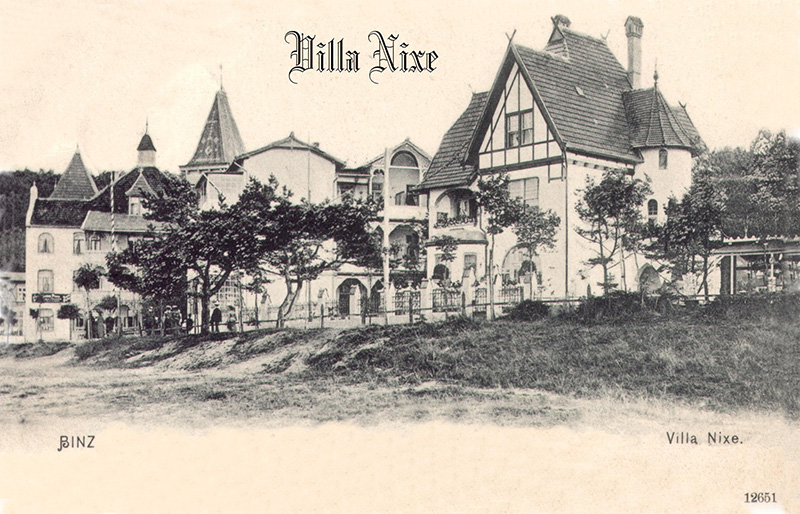 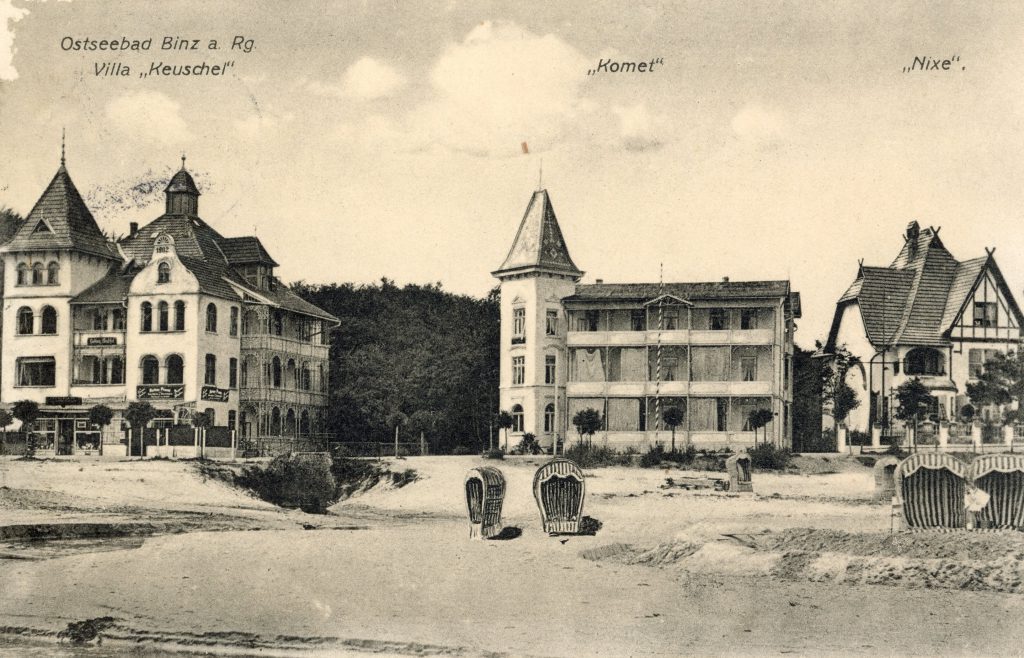 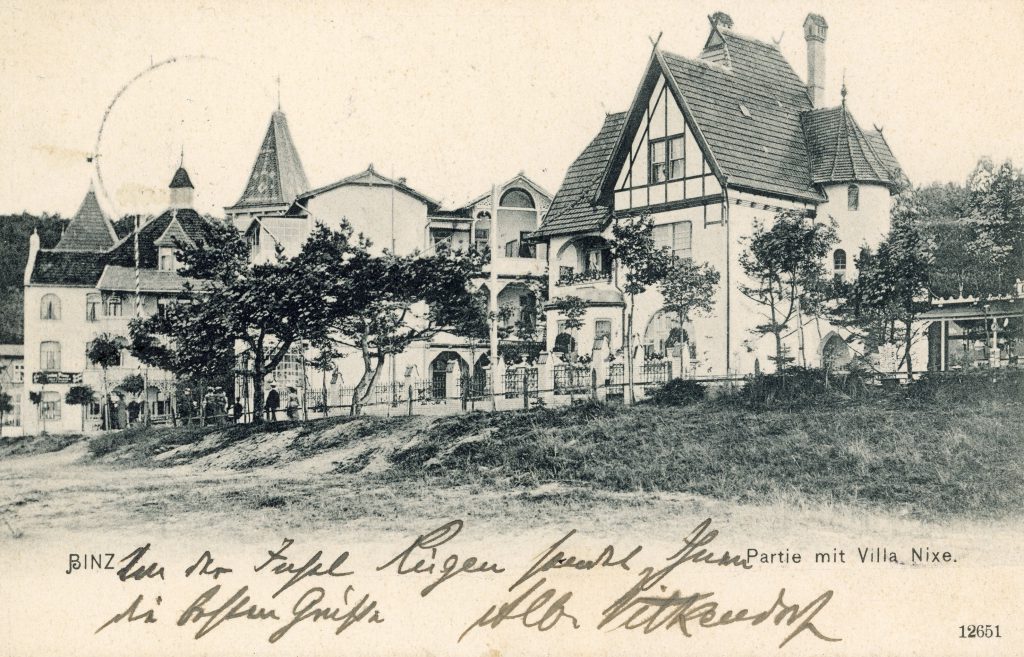 Formerly known as: no previous names Architecture: The Nixe is noticeably smaller than the buildings surrounding it, as is the plot it is set on. It is impossible to accurately define its architectural style. Large mirrors, heavy curtains, and two huge goblins used to adorn the staircase. The upper section’s rounded towers have been rebuilt. Construction: 1903 History/proprietors pre-1945: A certain Mr Montanus, later General, commissioned the building’s construction in 1903. It was listed in the accommodation indexes from 1904 to 1919, but without room details and, from 1909, with the note ‘Private’. In 1920, a chamberlain from Riepenshausen was named as the proprietor. In the years that followed, the property disappeared from the accommodation index. It was not until 1935 that an entry for ‘Guesthouse Nixe’ reappeared, listing nine beds, and under the ownership of Mrs von Zink, also known as Baroness Wurmb von Zink. GDR period: The building was occupied by refugees and transferred to the municipality following its confiscation. For a time, the spa management used the Nixe as accommodation for seasonal musicians. Then, from the late 1960s, the building was constantly occupied by tenants. Renovation/demolition post 1990: Following the building’s retrocession, it was sold to Thomas Hummels. Having stood empty since 1997, it was subsequently renovated. What remained of the original construction was retained, with certain sections rebuilt such as the tower doors, tailored to the curvature of the walls. A new block of rooms immediately behind the original villa ensured the business’s viability. Now known as the niXe designer hotel, the villa has once again been welcoming visitors since 2008. In 2018 the villa was sold to the hotelier Wolfgang Schewe from Binz. Current use: Boutique hotel & spa with 16 suites and junior suites and a fine dining restaurant. Fascinating fact: One of the building’s unique architectural features is its tower. The tower doesn’t contain any bedrooms, just a single staircase, open from top to bottom, so anyone entering it can see from the ground floor all the way up to the roof timbers.