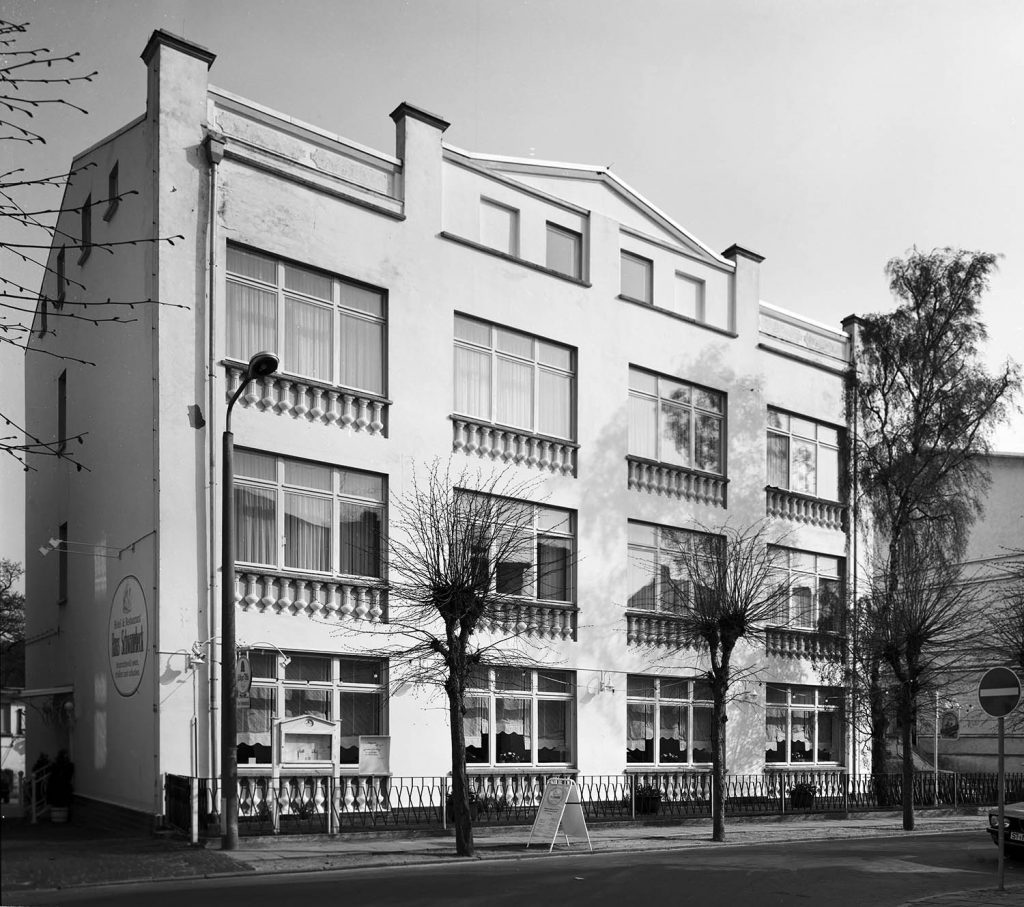 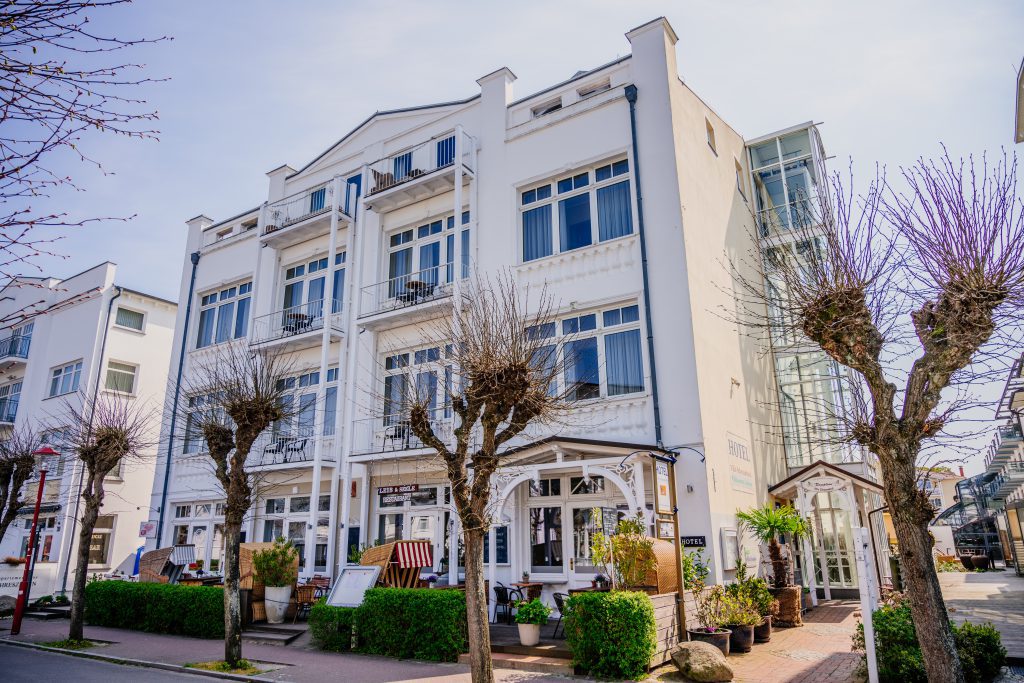 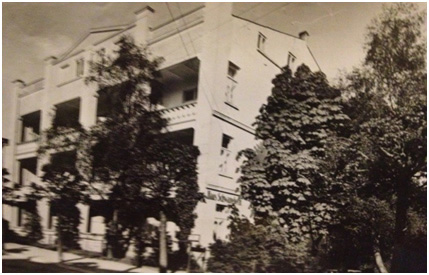 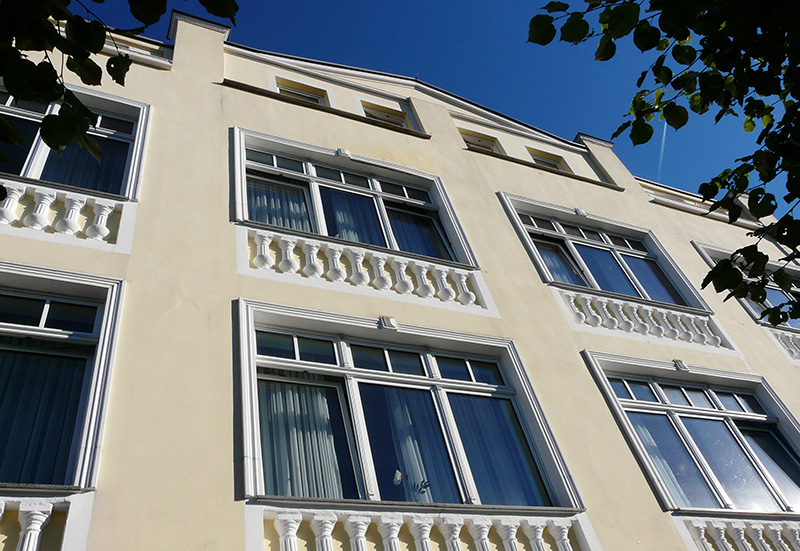 Formerly known as: no previous names Architecture: The building’s cubature is typical of construction of the time and the property’s intended use as a hotel and guesthouse. The front façade was elaborately designed like a loggia that was once open but since closed with windows. Beneath each of the windows, a relief-like balustrade decorates the building’s frontage. Construction: 1907 History/proprietors pre-1945: The property was built in 1907 by Maria Schwanebeck of Angermünde as a hotel and guesthouse. (The Schwanebeck family were friends and neighbours of the Schleyers, grandparents of today’s owner, Astrid Franke.) In 1938, owing to the difficult financial circumstances of the time, the property was sold to Charlotte Brünner. GDR period: Following its confiscation by the Binz municipal council, the property was initially used as residential accommodation. In 1975, the GDR tax authorities took over the building and used it as a holiday home for their organisation. Post 1990: In 1992, the property was returned to its heirs, initially Mrs Briest. Marie-Luise Preußker subsequently took the villa over as a hotel. In 1994, Bernhard Franke and family acquired the estate and have been running the hotel business ever since. Current use: Family-run hotel with leasehold restaurant.