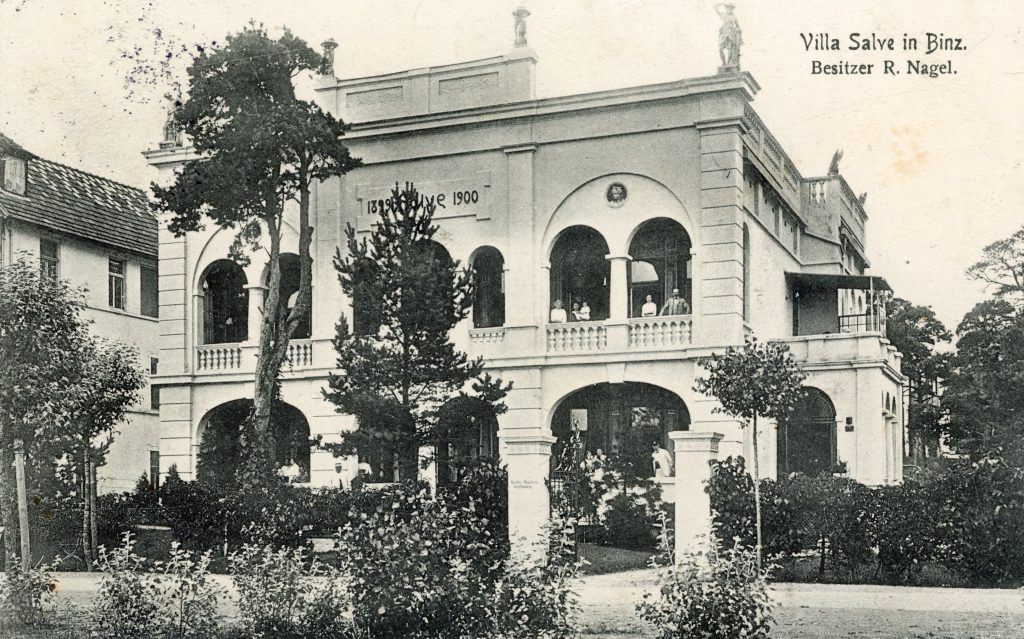 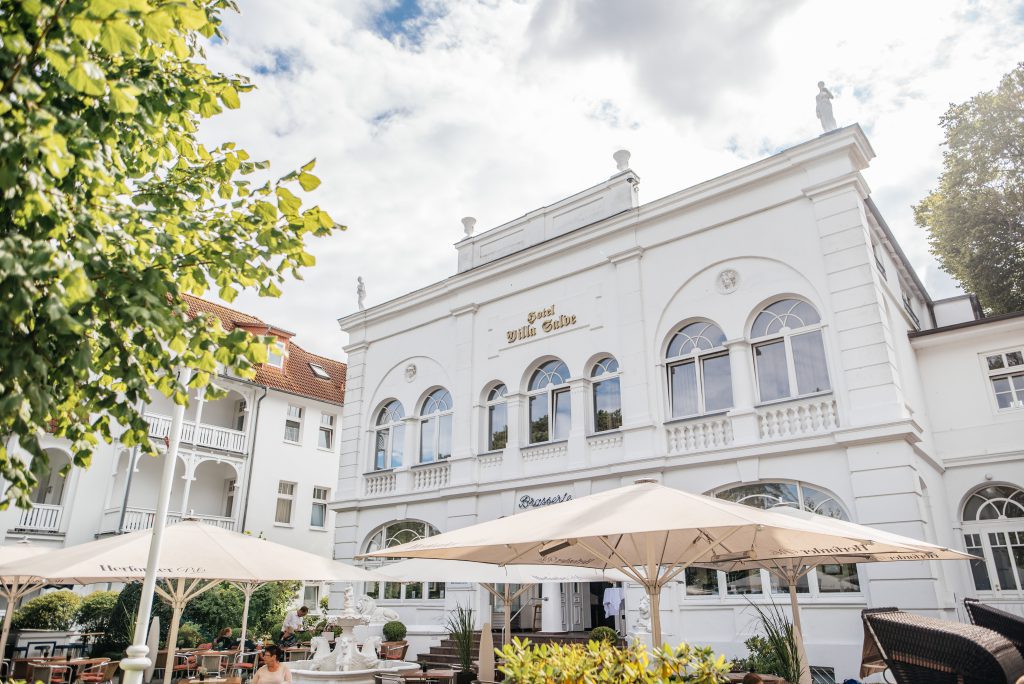 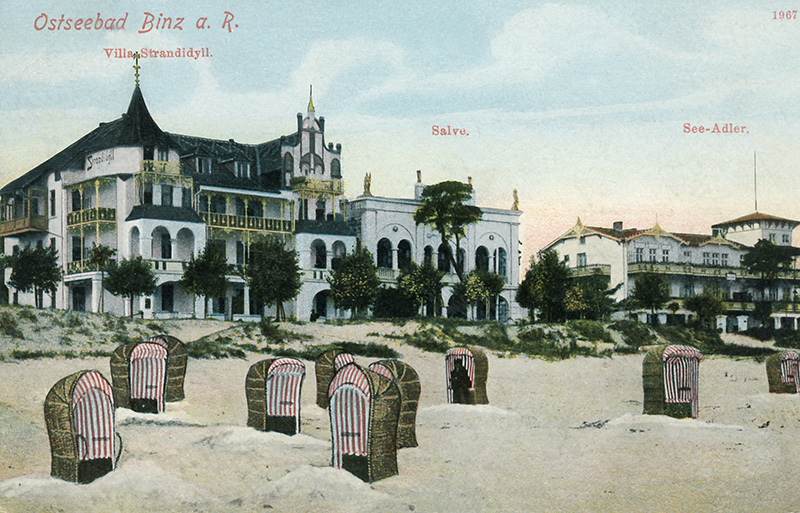 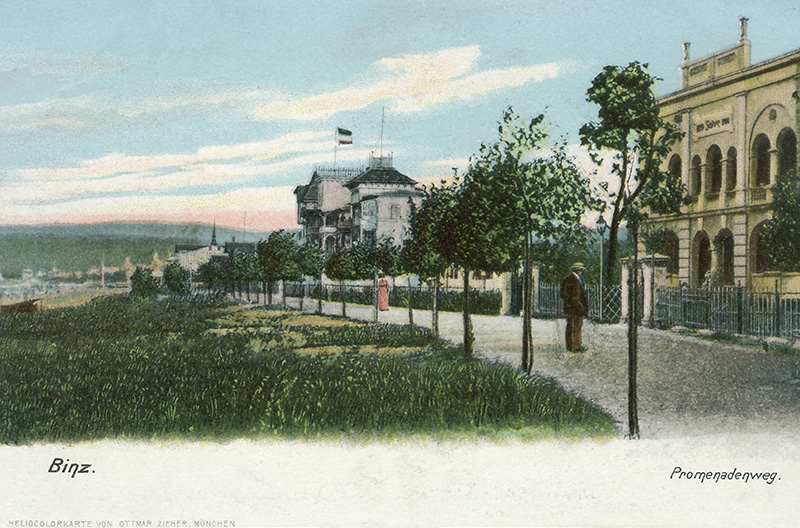 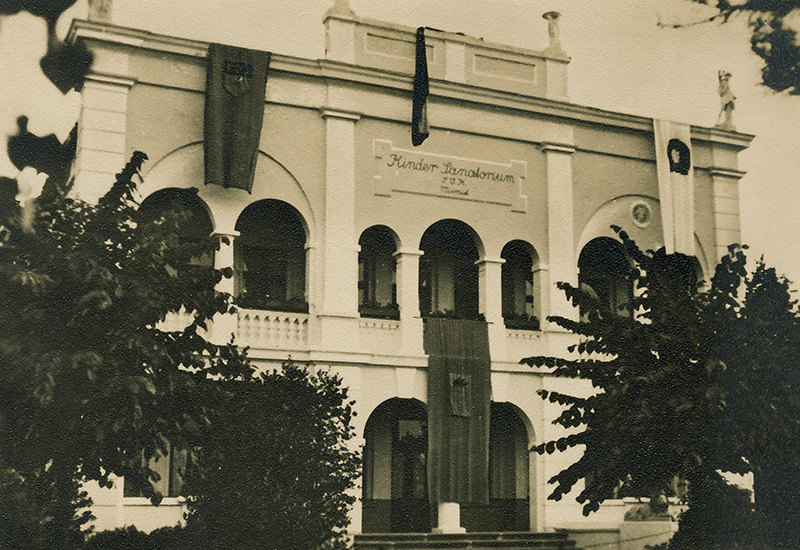 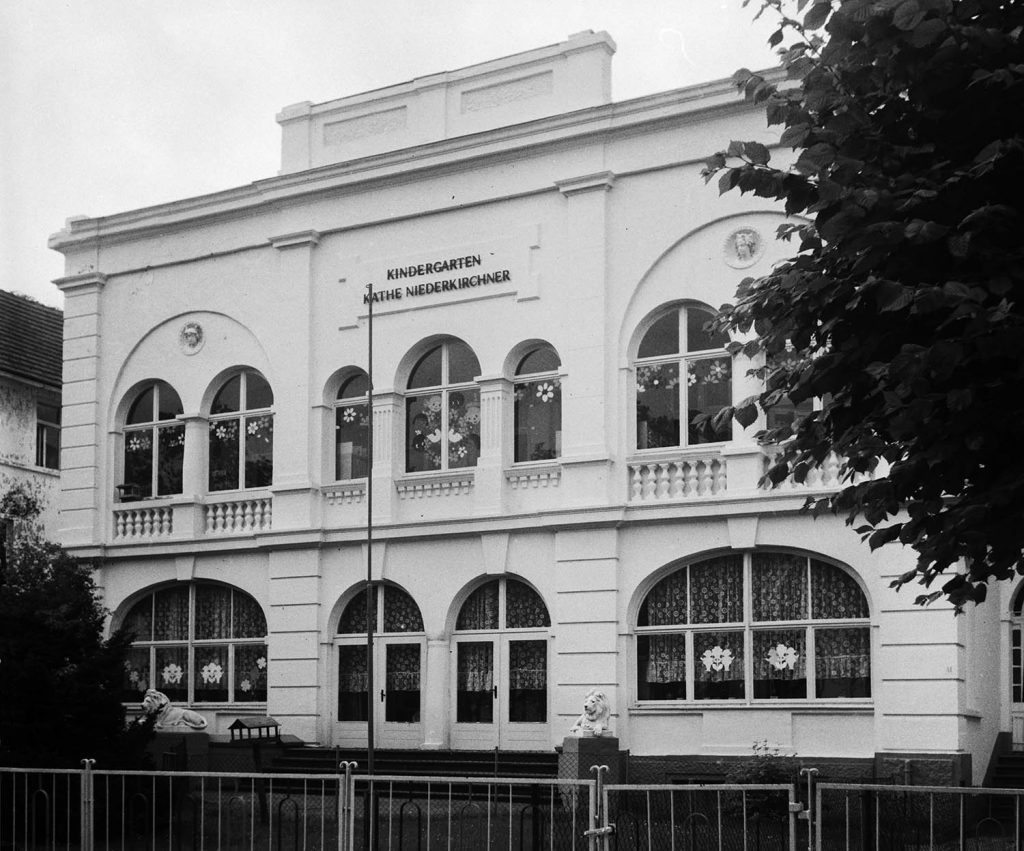 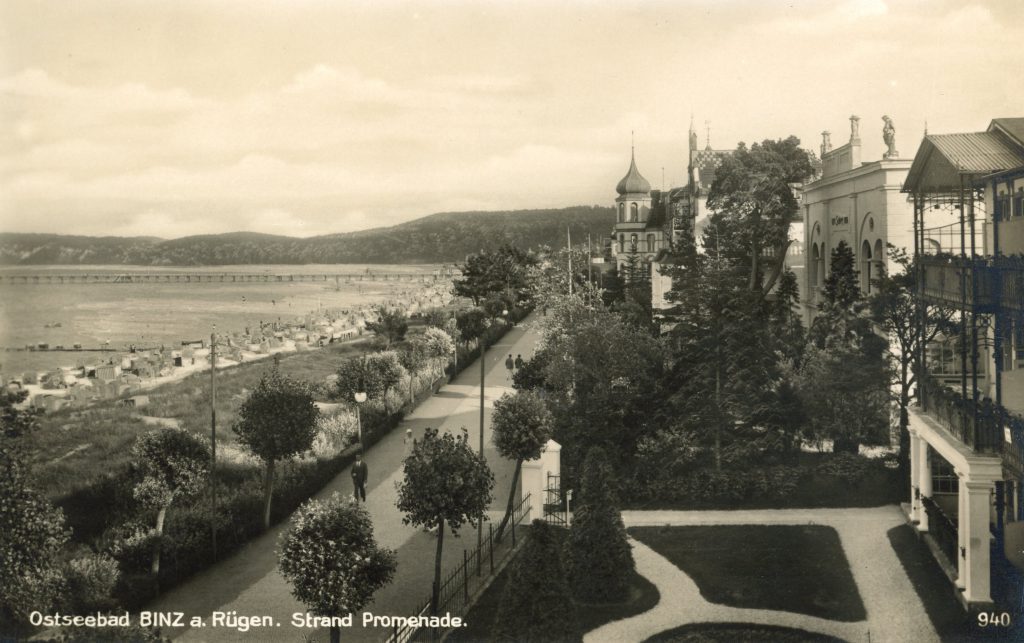 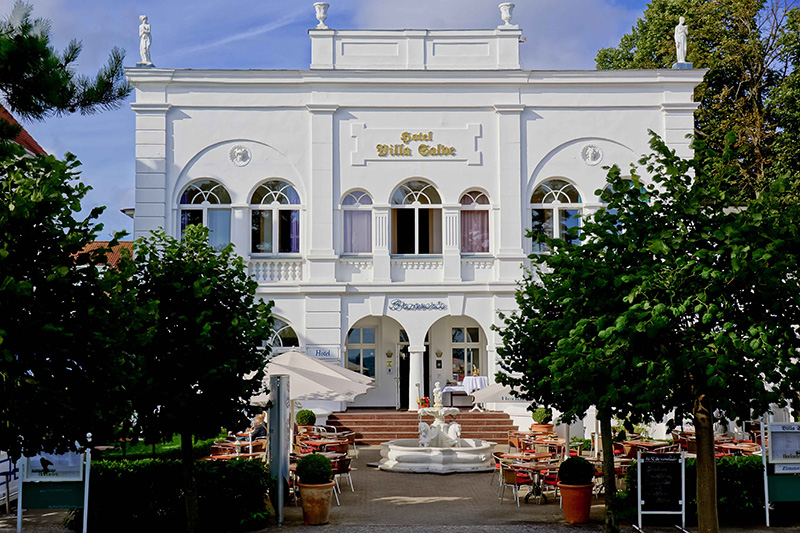 
Formerly known as: no previous names Architecture: The Villa Salve was built in the Italian Renaissance Revival style. Following its restoration in 1993, Aphrodite adorns the roof ridge while sculptures of lions stand guard beside the entrance rondelle. The terrace was enhanced by the installation of a fountain with horse head decorations. Inside, late-19th century elegance and style are celebrated, with baldachin ceilings including floral ornaments, wall lights decorated in gold, Jugendstil paintings etc. Construction: 1899 History/proprietors pre-1945: Countess Kreis commissioned the building of the Villa Salve as a premium lodging house in 1899. One year later the first guests arrived. The 1902 Binz accommodation index lists a Miss Kracht as the villa’s proprietress, along with 16 bedrooms but no kitchen. In 1909, a kitchen was listed alongside the bedrooms; by 1911 there were two. In 1913, the property changed hands, with the new owner Reinhold Nagel regularly advertising in the Binz Guidebook. The 1920 accommodation index names a Miss Schubert as the proprietress, with the next change of ownership in 1929. From this point until 1939, the property’s fortunes lay in the hands of a Dane, Christine Bahn. She was followed as owner in 1940 by Irmgard von Saleski. After her death in 1948, the property was taken over by her daughter Barbara-Ina Lemke. GDR period: In the early 1950s, the von Salewski family were dispossessed under Project Rose. They fled to the western Harz Mountains. The villa was an SDAG-Wismut holiday home until 1953, and was used as a sanatorium for the children of Wismut staff. From 1970, the Binz municipality’s Käthe Niederkirchner Kindergarten was housed here. Post 1990: In 1991, the property was returned to Mrs von Salewski’s daughters (three women aged between 72 and 85). In 1992, the Schewe family acquired the villa from Ina Barbara Lemke (one of Irmgard von Salewski’s daughters). On 9 June 1993, the Schewe family opened their new hotel following its successful restoration. A block of apartments was later built to the side of the courtyard. Current use: Family-run hotel with in-house restaurant/bar. Fascinating fact: The Villa Salve restaurant has played host to a number of prominent guests. Highlights have included visits of the Chancellor or those running for office, among them Helmut Kohl in 1994. Chancellor Angela Merkel came to Binz in 2002 together with the Norwegian Crown Prince Haakon and his wife Mette-Marit. They lunched at Villa Salve. Other famous visitors include sporting giants like Uwe Seeler, Henry Maske and the Schalke 04 coaching staff. Former ministers Kanther and Rühe as well as Thailand’s princess have also been guests here. hailand’s princess have also been guests here.