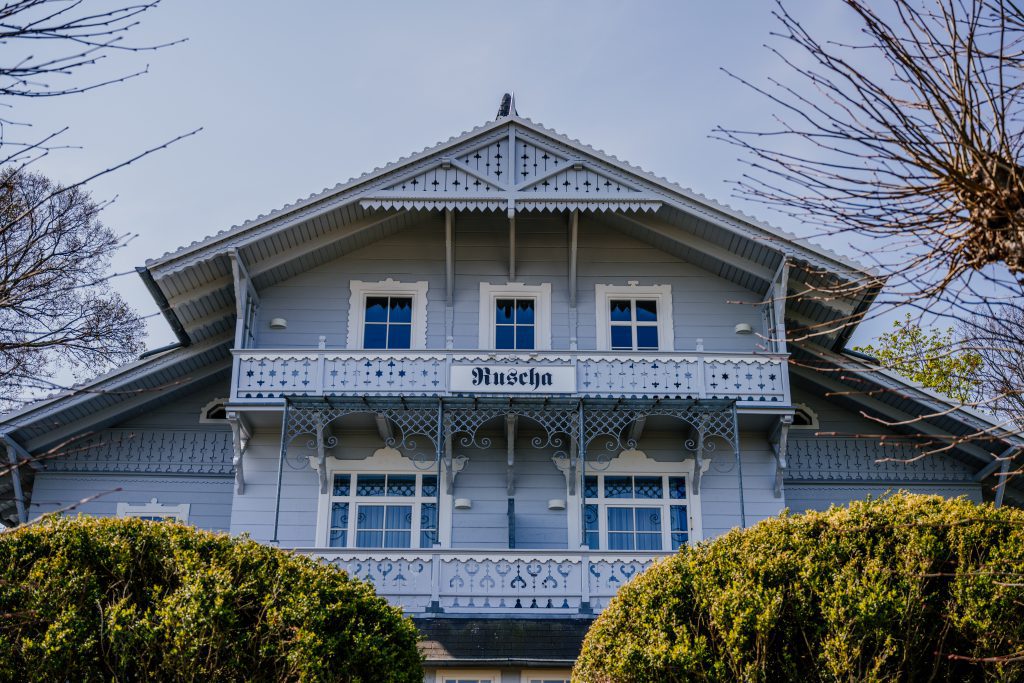 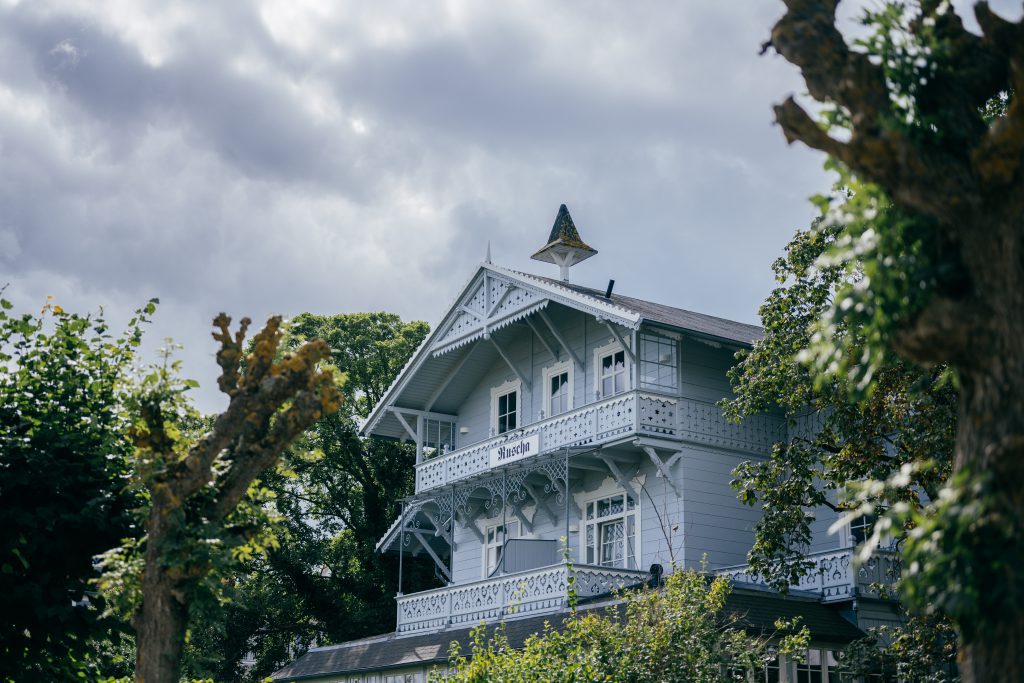 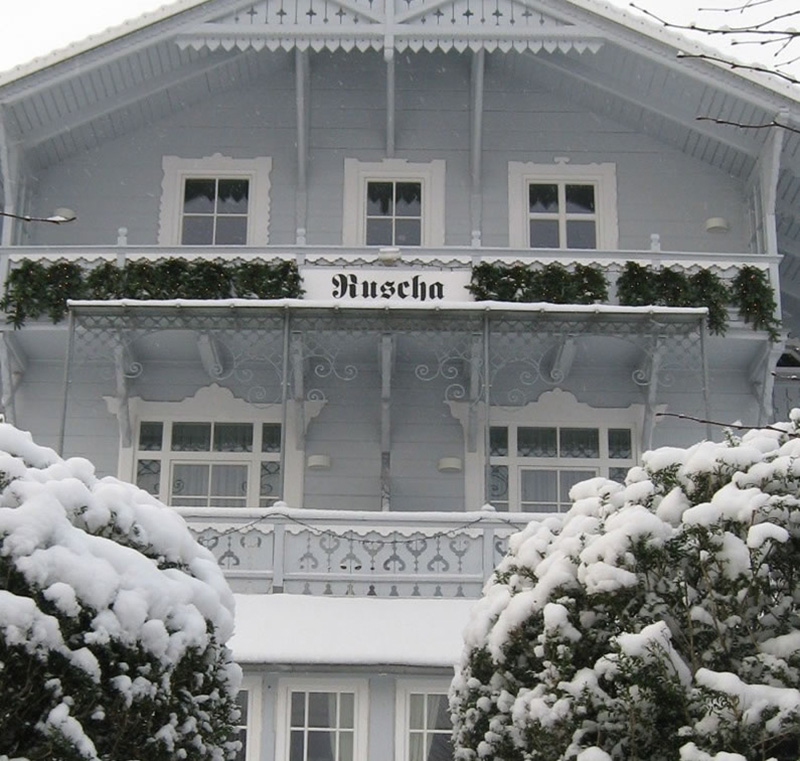 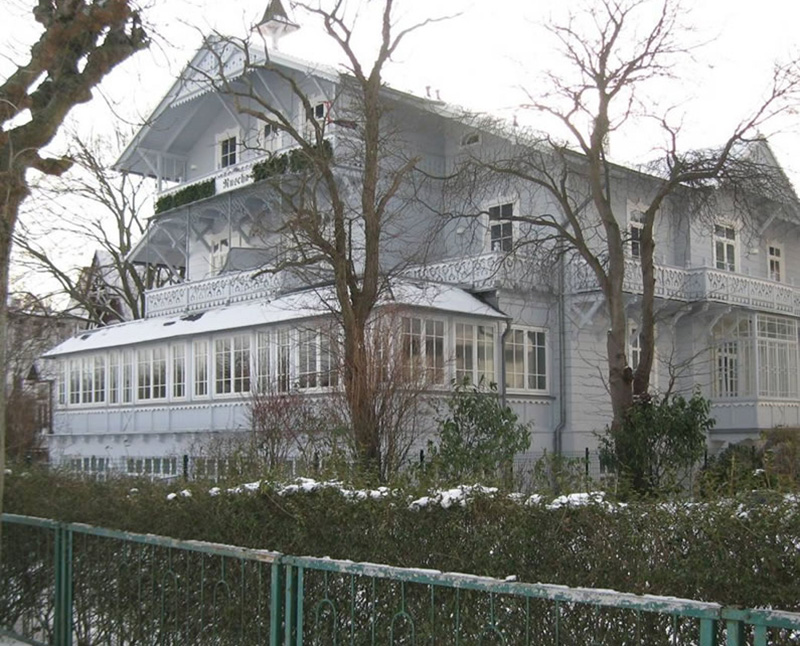 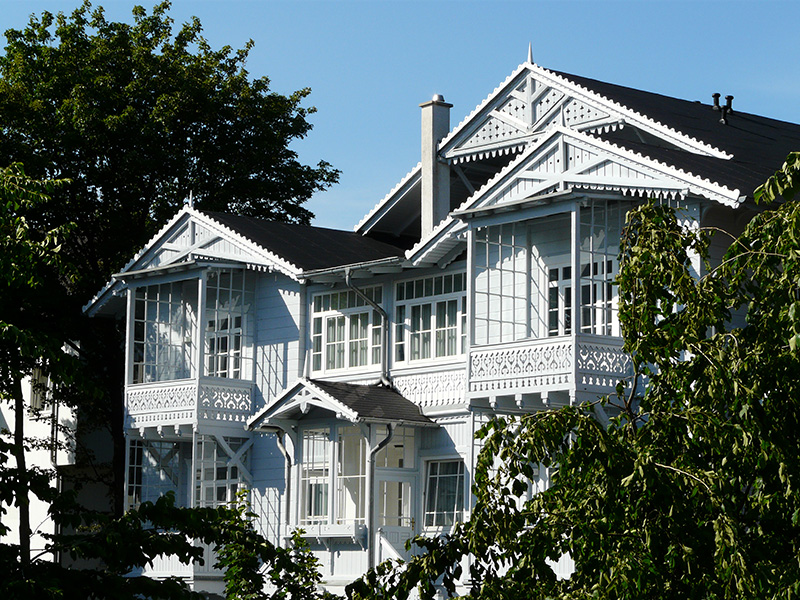 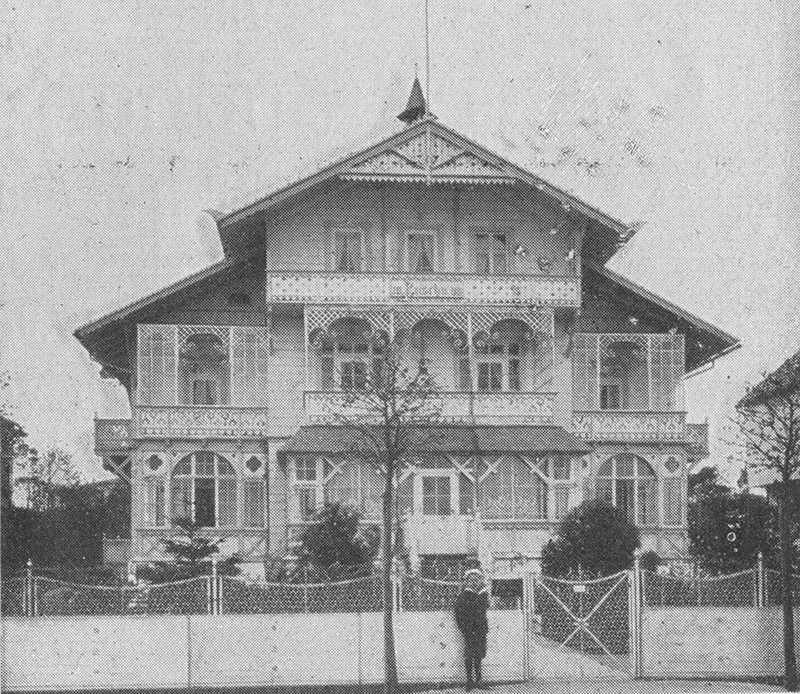 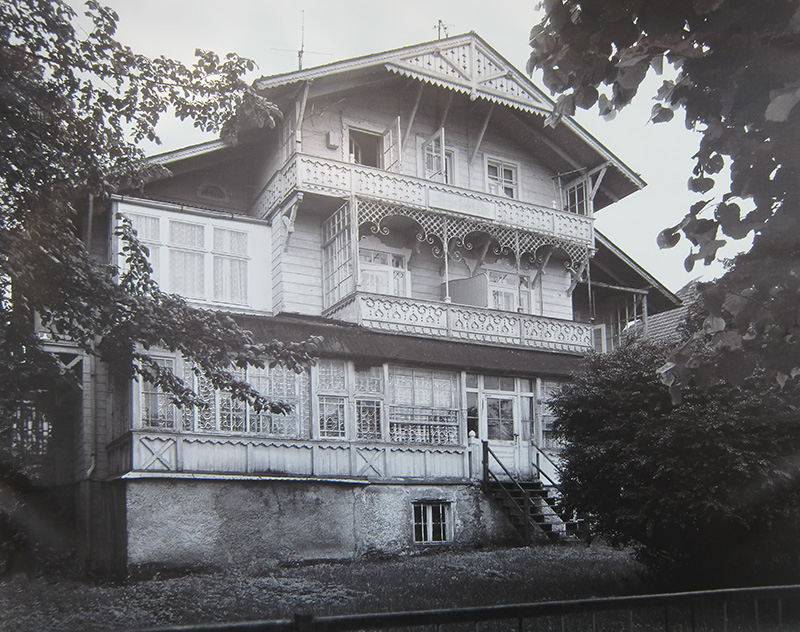 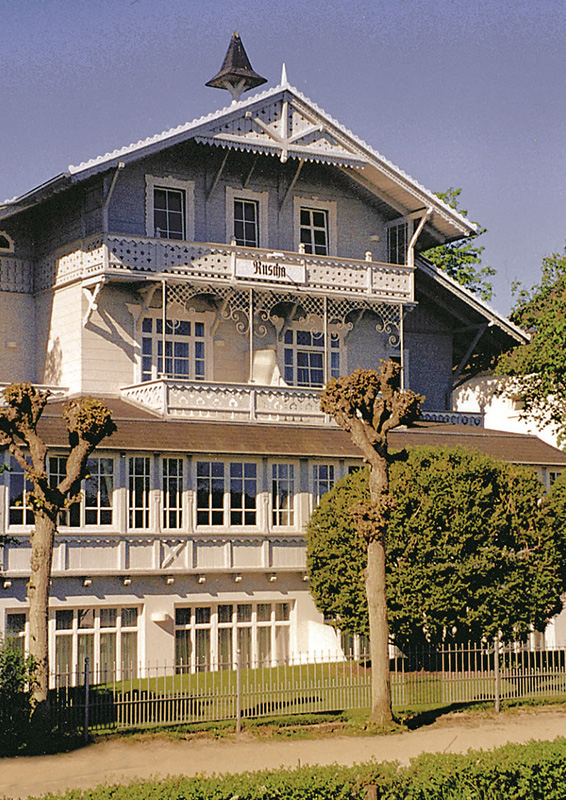 
Formerly known as: no previous names Architecture: ‘Villa Ruscha was built in the Swiss chalet style with a wide overhanging roof and elongated balconies. Following the pattern of Alpine architecture, the villa boasts fretwork patterning around the gable and on the balustrades. The fine ornamental lattice on the balconies and the sky-grey coating of paint form a counterbalance to the Swiss house’s rustic style and lend the villa a rather light and airy character. The property’s rear aspect benefits from a surprisingly elaborate design. The rear and side façades all feature numerous bay windows and balconies of various sizes, which are themselves decorated with delicate fretwork ornamentation.’ (From Barbara Finke’s Rügen and Hiddensee) Construction: 1896 History/proprietors pre-1945: The 1898 Rügen Island address book features the following advertisement: Villa Ruscha, Binz, on the promenade, situated directly on the beach next to the Curhaus, with 15 comfortably-appointed guestrooms, attractive balconies and spacious verandas, commends itself strongly to esteemed ladies and gentlemen. Fritz Beator. The property served for many years as a bed-and-breakfast guesthouse. Mr Beator ran the property until 1919, with a new lessee subsequently following for three years. In 1922, Kuno Kunigk purchased Villa Ruscha. The Kunigks owned the neighbouring Villa Undine for many years. In 1924, the accommodation index features an entry for a Weinhaus Ruscha hotel together with the following advertisement: Weinhaus Ruscha – elegant boarding house, famous wine bar. In 1935, Gertrud Wittmüß became Villa Ruscha’s proprietress. GDR period: In 1952, the then owners were dispossessed and the accommodation was used, among other things, to house refugees. Post 1990: In 1998, the building was completely renovated in keeping with the requirements of its heritage-listed status. Current use: Privately-run apartments. Fascinating fact: The wine bar was located on the first floor in the seaward-facing glassed-in veranda. In those days, it was possible to enter the ‘Famous Wine bar’ straight from the promenade through the front garden, via a wooden flight of stairs. The selection of wines is said to have been excellent. The box trees in the front garden are nearly as old as the building itself.