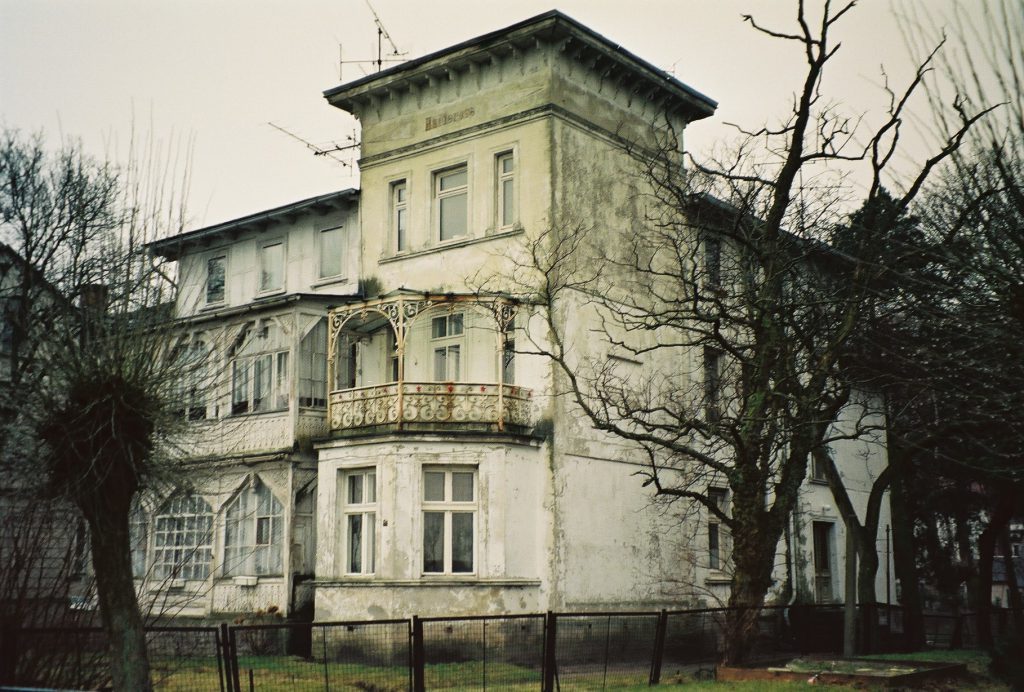 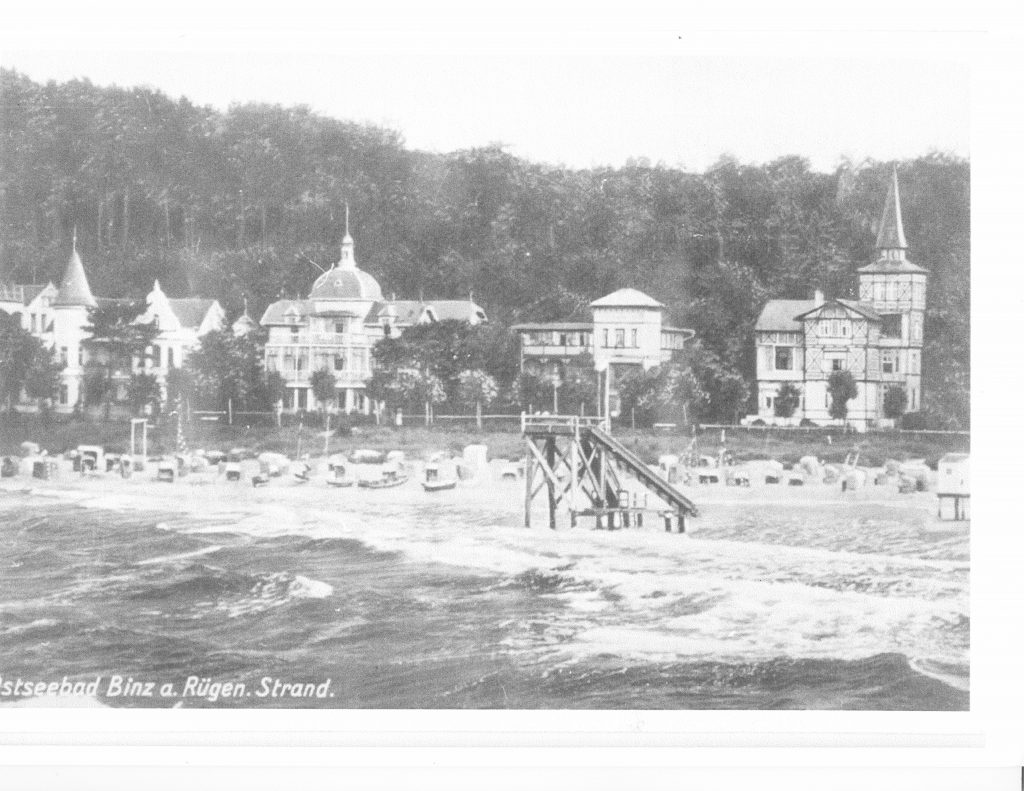 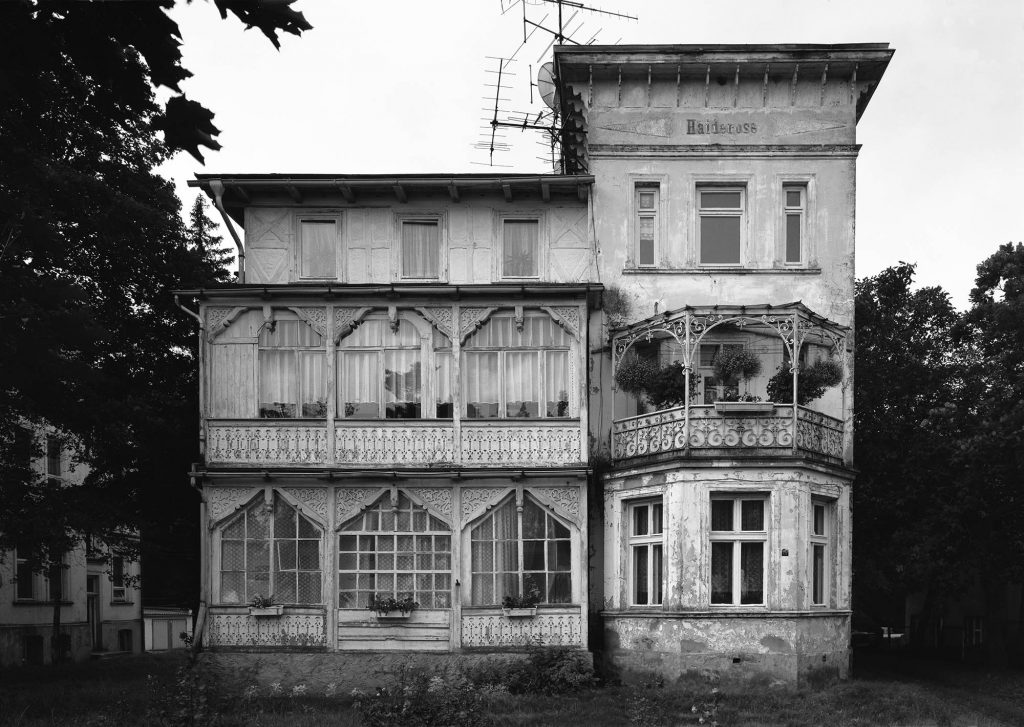 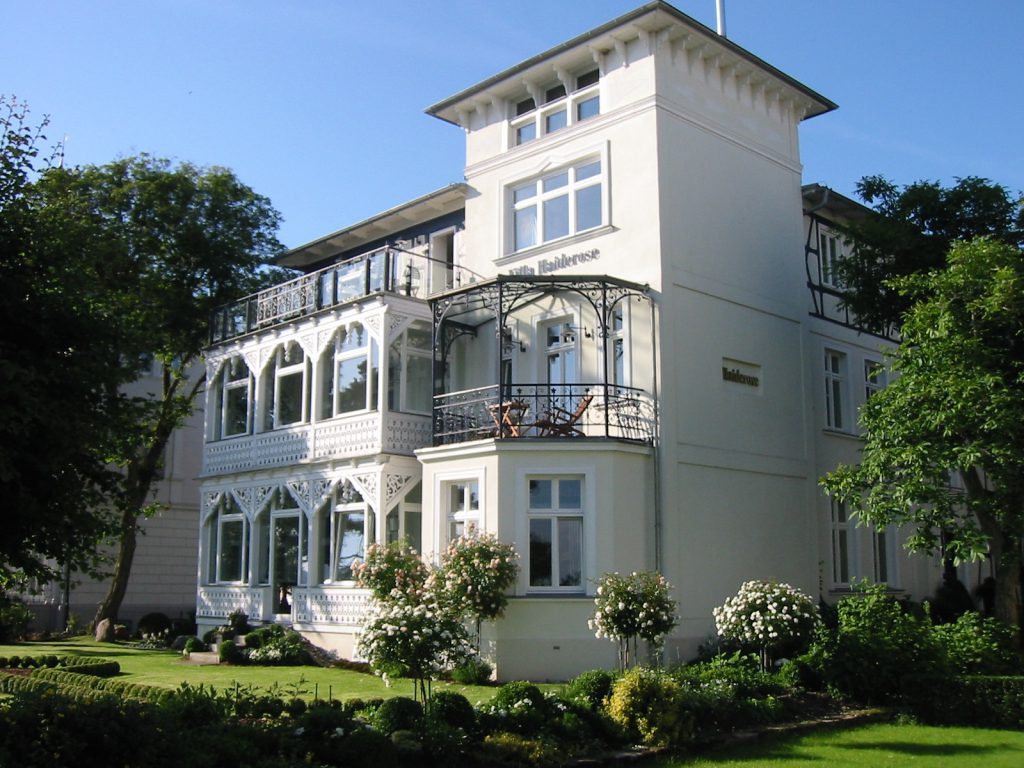 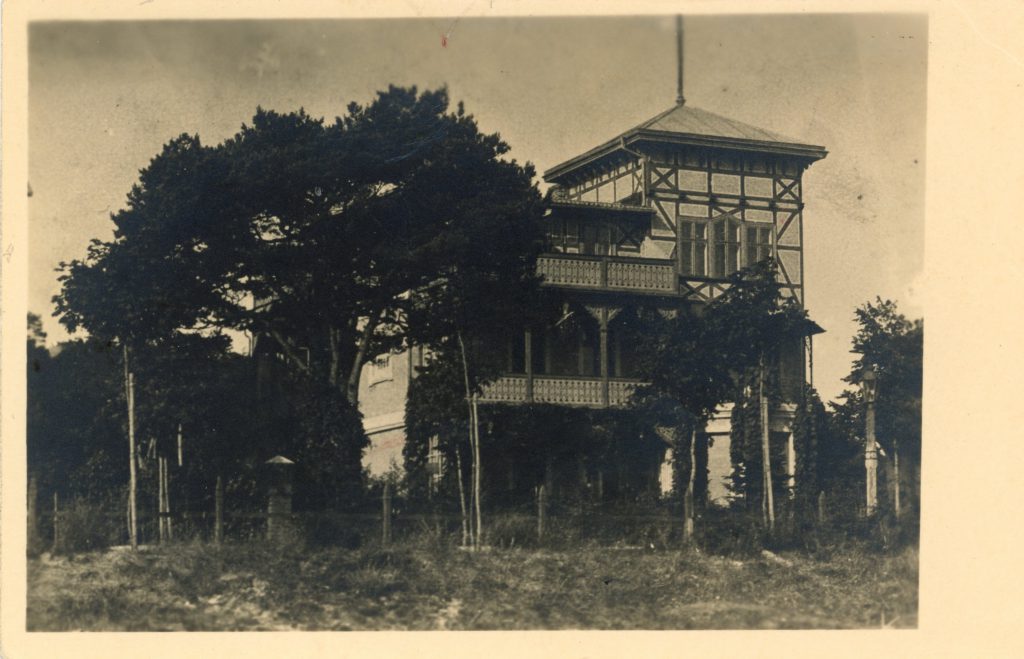 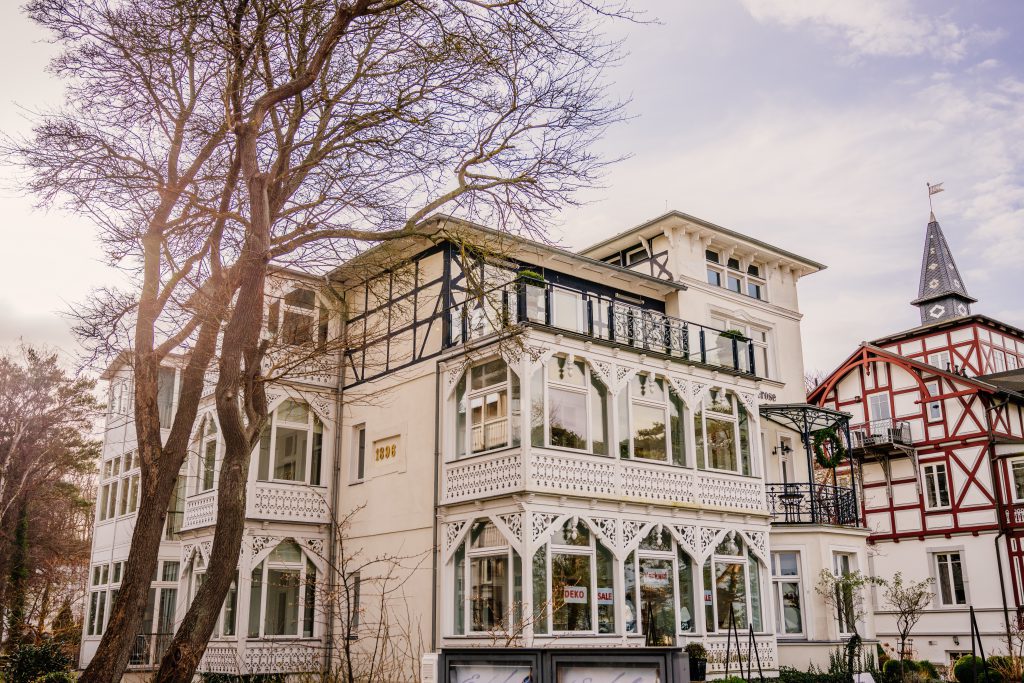 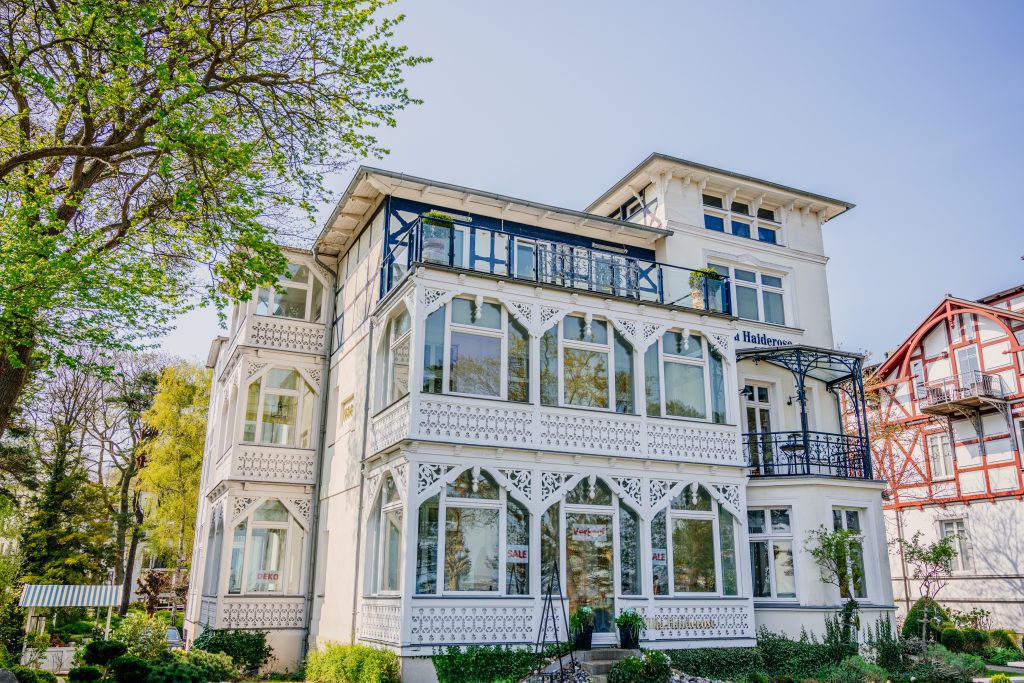 
Previously known as: no previous names Architecture: In their book, Pomeranian Resort Architecture, authors Wolfgang Schneider & Torsten Seegert describe the property as follows: The three-storey building is designed as a plaster construction and is characterised on its seaward facing side by a distinctive and apparently unconnected dichotomy. The right avant-corps, now tower-like in appearance, exhibits an excess of height in comparison to the other structures of the building. On the ground floor, the building features a semi-octagonal porch. On the first floor, the porch continues as an open balcony with iron railing and a  roof made of filigreed iron and glass. Opened: 1896 History/proprietors pre-1945: From the dissertation: The Villa Haiderose was built in the year 1896 for the forester Bruno Wallstab, from East Prussia. He ran the property as a guesthouse together with his wife Elisabeth, before handing over the reins to his daughter Käthe Helling. 15 rooms and three kitchens were provided for summer guests. GDR period: From the dissertation: In 1952, Mrs Isolde Rasmussen, née Kuppke, purchased the property. During the course of Project Rose, Mrs Rasmussen left East Germany together with her husband. The building’s legal owner thus became the Ministry of the Interior of the Government of the GDR in 1953. In 1954, ownership of Haus Haiderose was transferred to the Binz Municipal Council. The guesthouse was now converted for permanent residential use. The building was available to seven tenants, of whom four still inhabited the property in 1996. The flats were not self-contained. There was a communal toilet on each floor. In spite of the conversion work, the building was only minimally altered. Lightweight walls were added at points. Some of the wooden windows were replaced with new plastic windows. In order to create additional living space, the verandas were glazed. The division of the façade was altered only slightly. Post 1990: In 1996, Herbert and Charlotte Ostermoor purchased Villa Haiderose. With plenty of love, effort and expense, the house was restored to its original likeness. Some of the original sections were able to be refurbished or added to. In late 1999, the villa was opened as a block of studio apartments. Current use: Family-run seaside villa with holiday apartments. Fascinating fact: From the guestbook (Nov. 2000): Everything is quiet here, and peaceful with a beauty, which is equally powerful yet unassuming. I was alone, but never lonely.