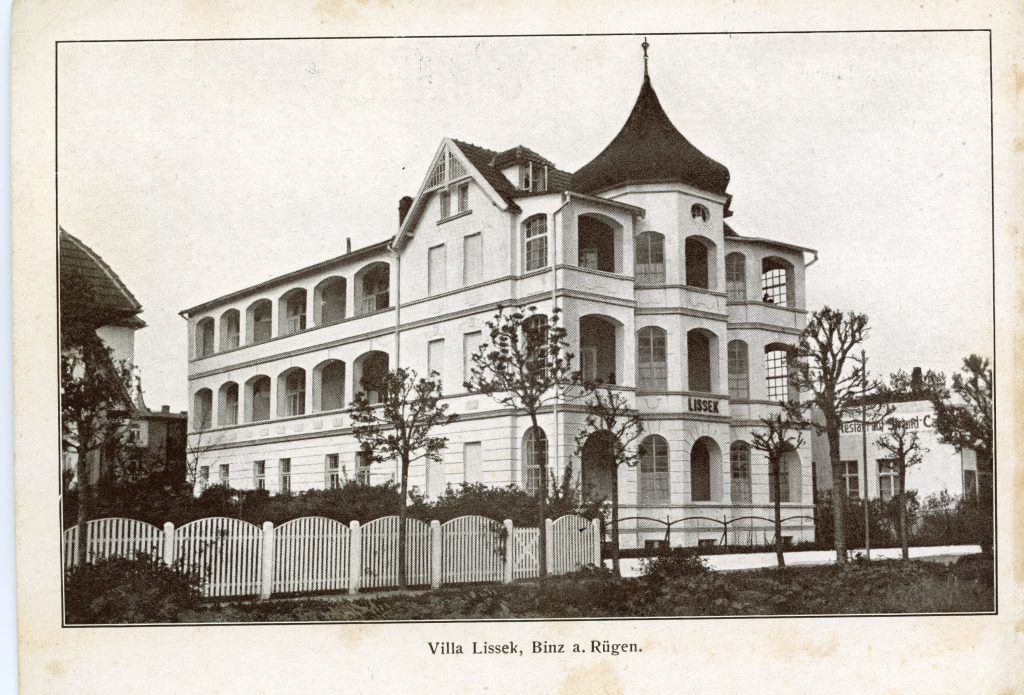 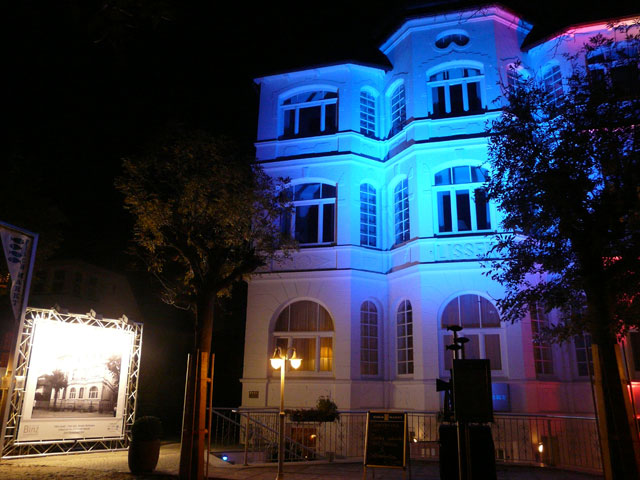 Formerly known as: Villa Lissek Architecture: From the book Resort Architecture by Wilhelm Hüls & Ulf Böttcher: The façade … is impressively designed. Sloping walls between the central section and the sides serve to break them up. Wide cornices thus stand out even more, emphasising the horizontal lines. The heavily-built loggias may originally have been open. The lavish roof with its tower and dormer windows is easily visible from the beach. In keeping with the tower’s baroque spire, the builder set the oval window in the attic on its side, creating a playful impression. Opened: 1911 History/proprietors pre-1945: Albert Lissek opened this building in 1911. The advertisement from 1912 states: First-class property equipped with all modern conveniences. Directly on the beach, 6th house to the right of the Kurhaus, opposite the ladies’ bath. Electric light in all rooms. 27 bedrooms 3 kitchens. Advertisements like this can be found until 1939. GDR period: During the GDR period, the rooms were used as rented flats. Post 1990: In 1994, the new owners, Mr Preussker and the Nielsen brothers, renovated the building. The Fischmarkt restaurant was set up in the cellar. The hotel was subsequently reopened in 1995. Present use: Hotel with fish restaurant Fascinating fact: If you fancy a sauna high above sea-level, there is a Finnish sauna located within the onion-domed tower.