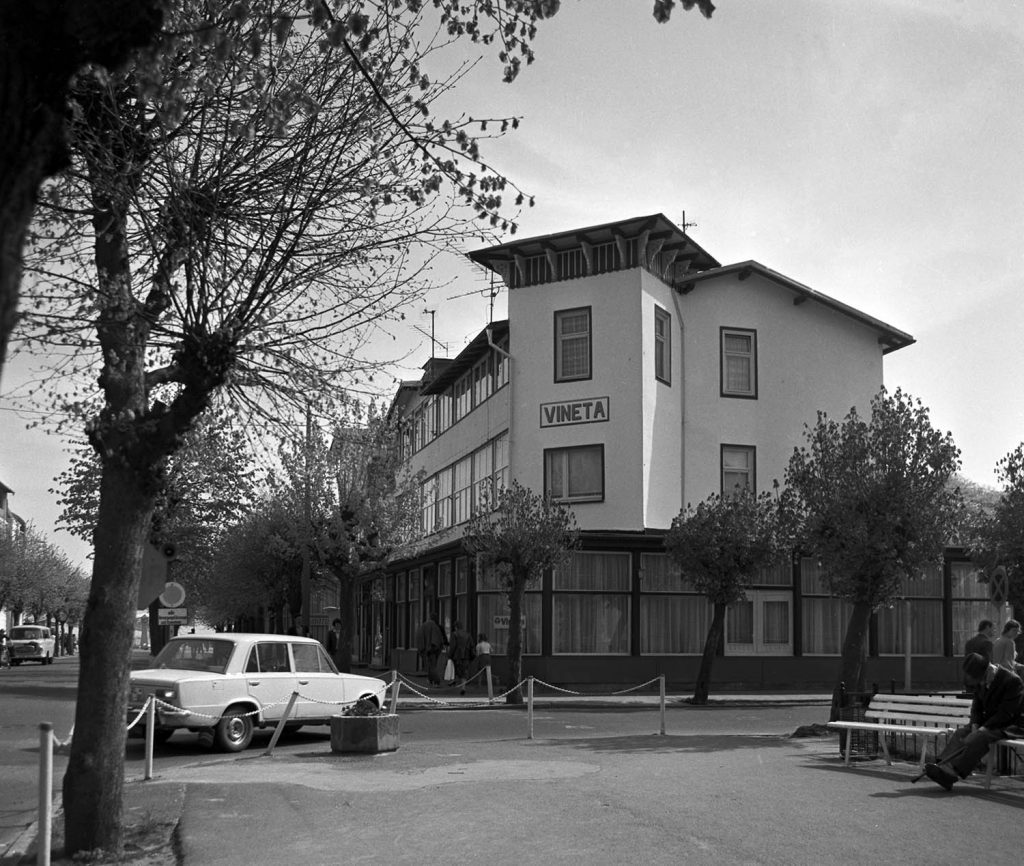 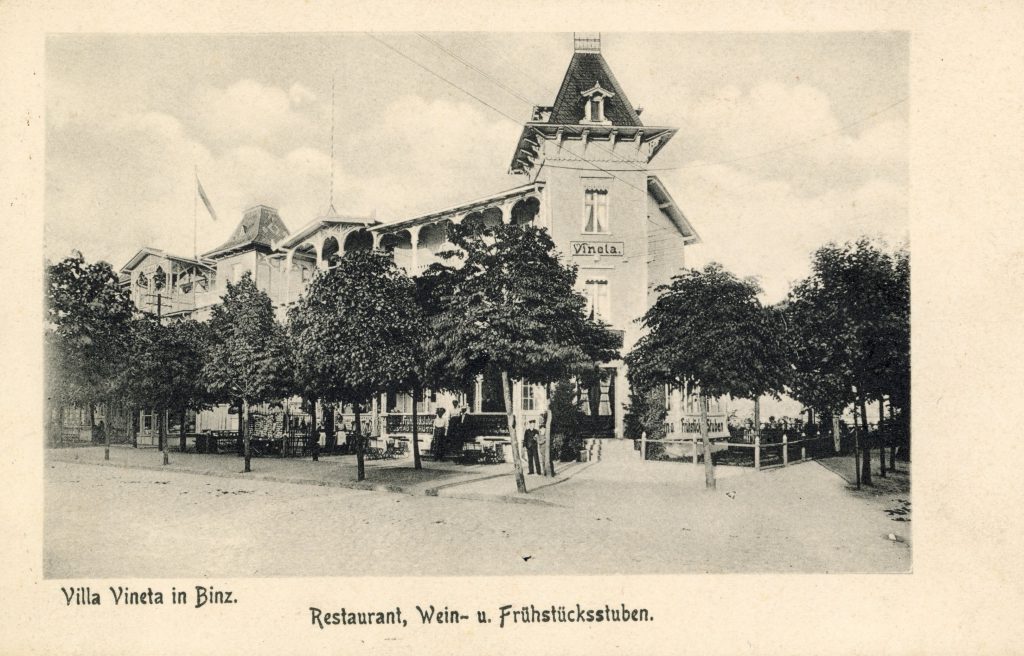 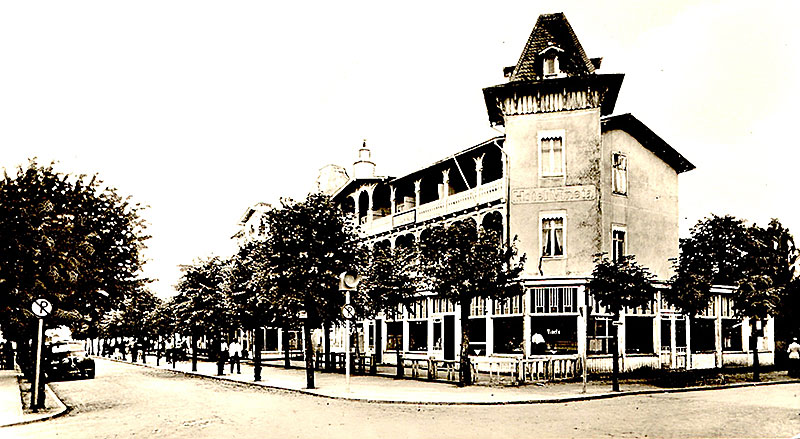 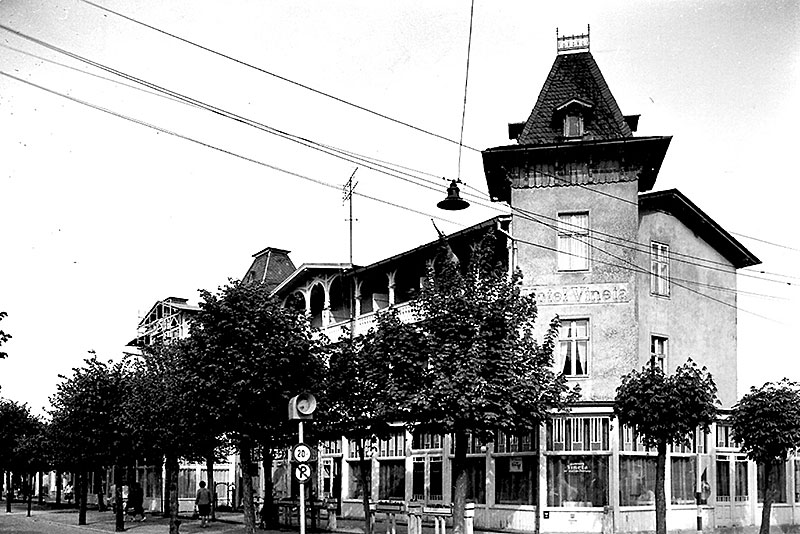 Formerly known as: Haus Vineta Architecture: The Vineta was a typical example of construction methods used in Binz at the end of the 19th century. Inexpensive building materials were often used, in this case un-plastered brick-infill half-timbered construction. The fact that there was only one upper storey plus a converted attic give credence to the theory that the client had limited financial means available. The property was enhanced by the addition of the tower. Construction: 1891   History/proprietors pre-1945: Building work commenced around Wilhelmstraße in 1890. The plots were sold to clients by the AG Ostseebad Binz (Binz Baltic Coast Resort PLC). As early as 1892, Grieben, in his Rügen guidebook, mentioned a wine merchant’s at the Vineta, as did Dunker in 1895. Grieben’s 1896 Rügen guidebook expanded on the entry: Fischer’s wine and breakfast restaurant, Wilhelmstraße, next to Leue. Two years later, in 1898, Grieben’s Rügen guide proclaimed: Fischer’s wine merchant’s directly next door to Buttermann! A notice in the Binz accommodation index from 1902 advertised 14 bedrooms and 2 kitchens. From 1909 to 1934, the Vineta was owned by the Schütt family; it was described from 1921 onwards as a hotel and boarding school. Otto Rössing took over the hotel in 1935. GDR period – Haus Vineta: After 1946, flats were installed on the first floor. A private inn was located on the ground floor. In 1971, the property was transferred to the state-run HOG commercial inn operator, which took on the inn and flats. Post 1990: In 1991, the Haus Vineta, together with its flats and restaurant business, was purchased by the Kurowski family. The building was demolished in 1993 and rebuilt according to older plans. On 18 June 1994, the Hotel Vineta was opened. Against the backdrop of a business partnership, the Zum goldenen Löwen and Vineta hotels joined forces on 1 January 2001, adopting the new name Loev Hotel Rügen. For several years, the two owners ran the hotel together. Since November 2009, both properties are now in the possession of the Kurowski family. Sale of the two houses at the end of 2017. Current use: resort hotel with restaurant and bar. Fascinating fact: The Loev Hotel Rügen is an amalgamation of two Binz properties that have both been in existence since the days of German industrial expansion in the late 19th century (die Gründerzeit). The rebuilding of the Haus Vineta followed old plans, leaving most people who see it to imagine that it has undergone lavish renovation.