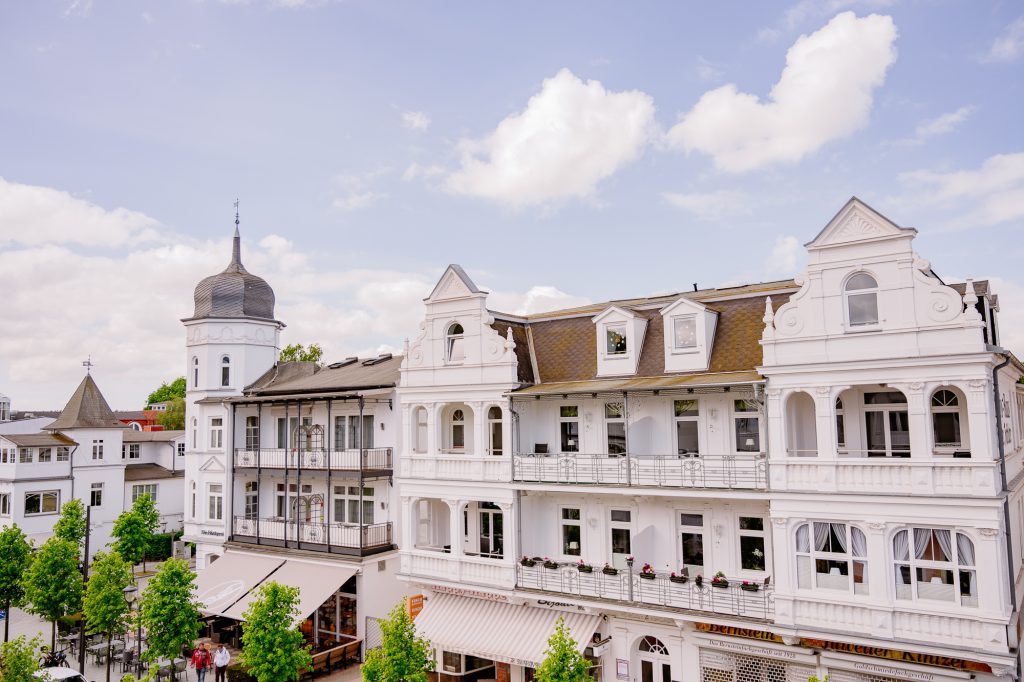 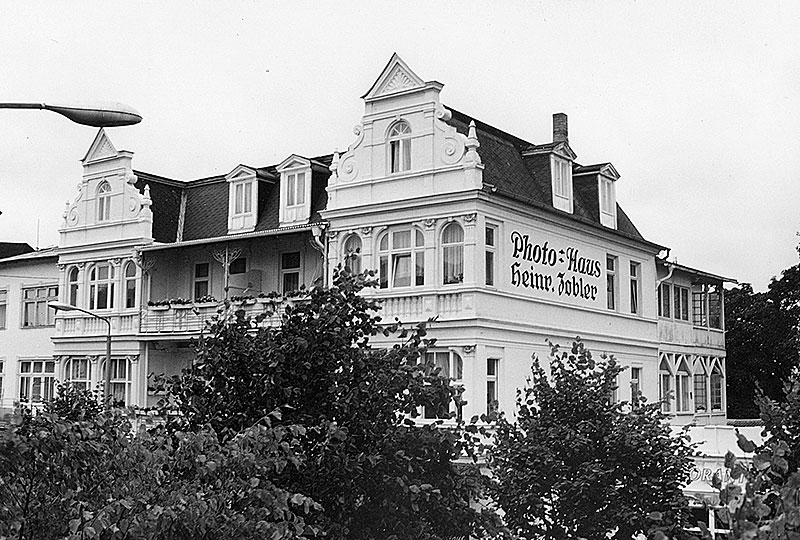 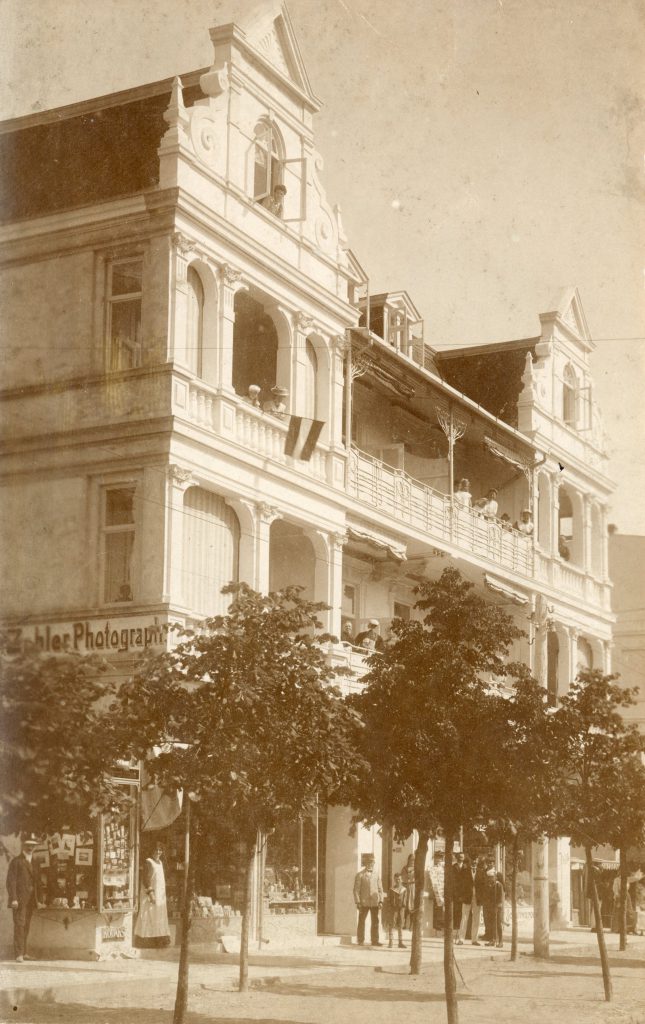 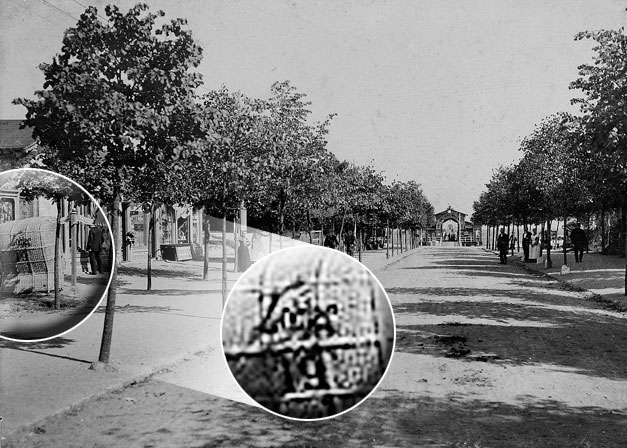 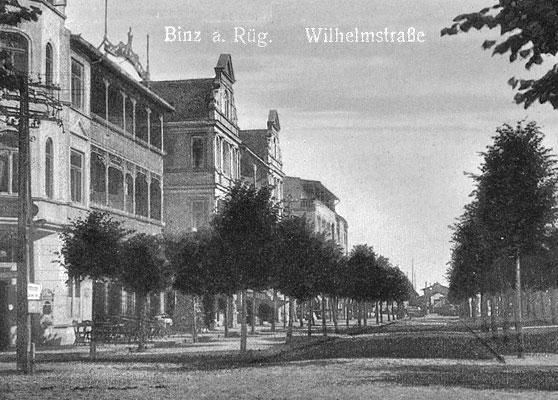 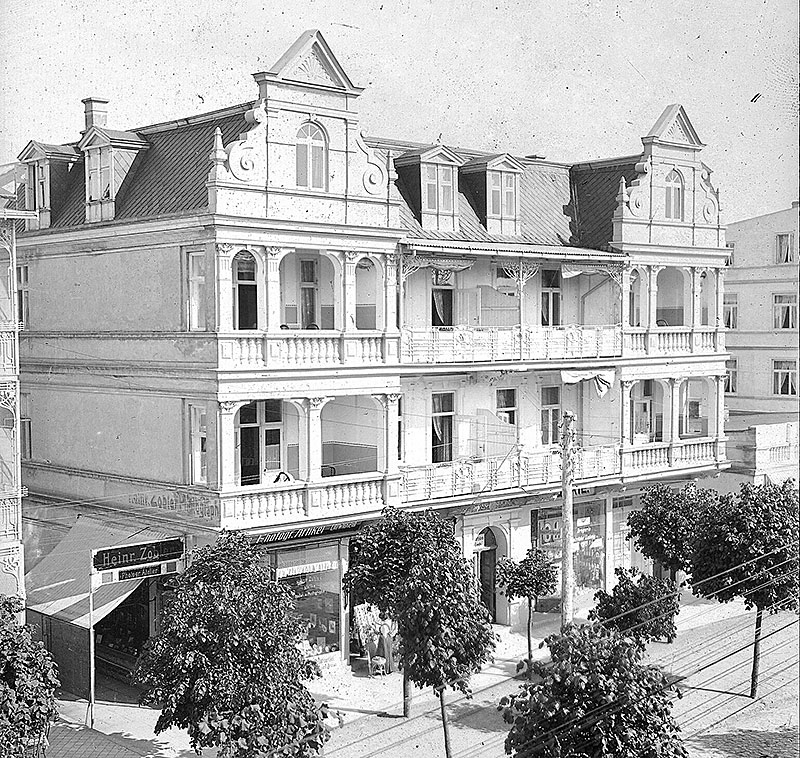 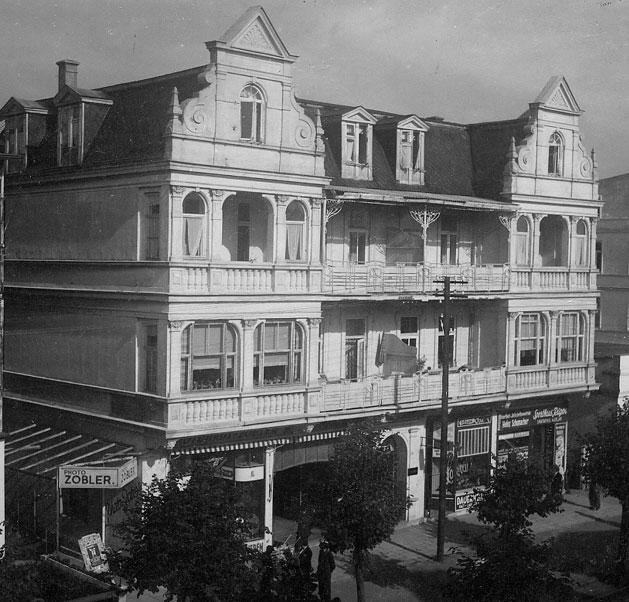 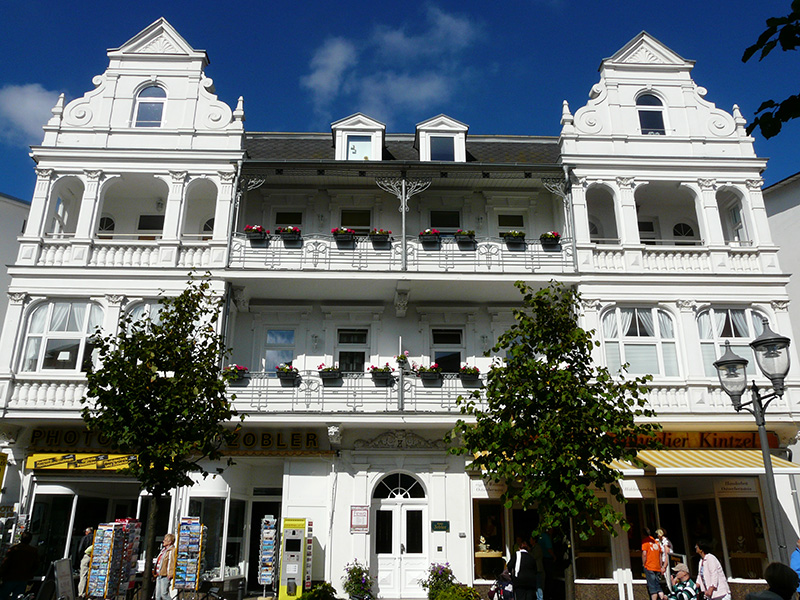 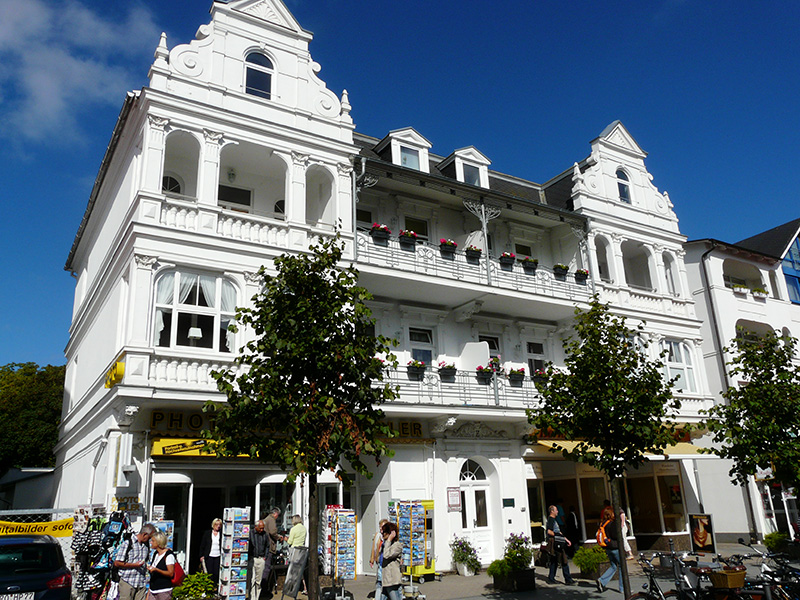 
Formerly known as: no previous names Architecture: A large building with a symmetrically-arranged façade comprising two volute gables connected by a metal balcony porch. Construction: 1903/1904 History/proprietors pre-1945: In 1896, Heinrich Zobler opened a modern photography studio in Greifswald. In 1903, he first had a low building for shops built on Binz’s Wilhelmstraße (today’s Hauptstraße). As early as 1904, the property was extended upwards to become the Villa Zobler, with 28 bedrooms for holidaymakers. On the ground floor there were four shops. Alongside his own photography business, there was a jeweller and luxury goods dealer, a chemist, and a hairdresser’s. The businesses only operated in the summertime. During the summer months, the Zobler family lived in a wooden building on Sonnenstraße, moving over winter to their heated home in Greifswald. In 1909, the photography business in Greifswald was sold. The Zobler family moved to Binz full-time and opened additional branches in Göhren and Stralsund as well as in Binz. GDR period:  During the GDR period, the rooms were assigned unaltered to long-term tenants by the municipality. Living there throughout the year was only possible with great difficulty. Post 1990: After 1990, the property was renovated. Heating and sanitary facilities were installed. In 2012, after extensive building works, a lift was added. The property is a heritage-listed building in its own right. The photography business on the ground floor is still run by the same family after four generations. Since May 2018 is it a bistro. Current use: Shops and bistro on the ground floor, holiday apartments above. Fascinating fact: An illustrious occurrence circa 1950: Soviet soldiers rode into the studio on their horses to be photographed as horse and rider together.