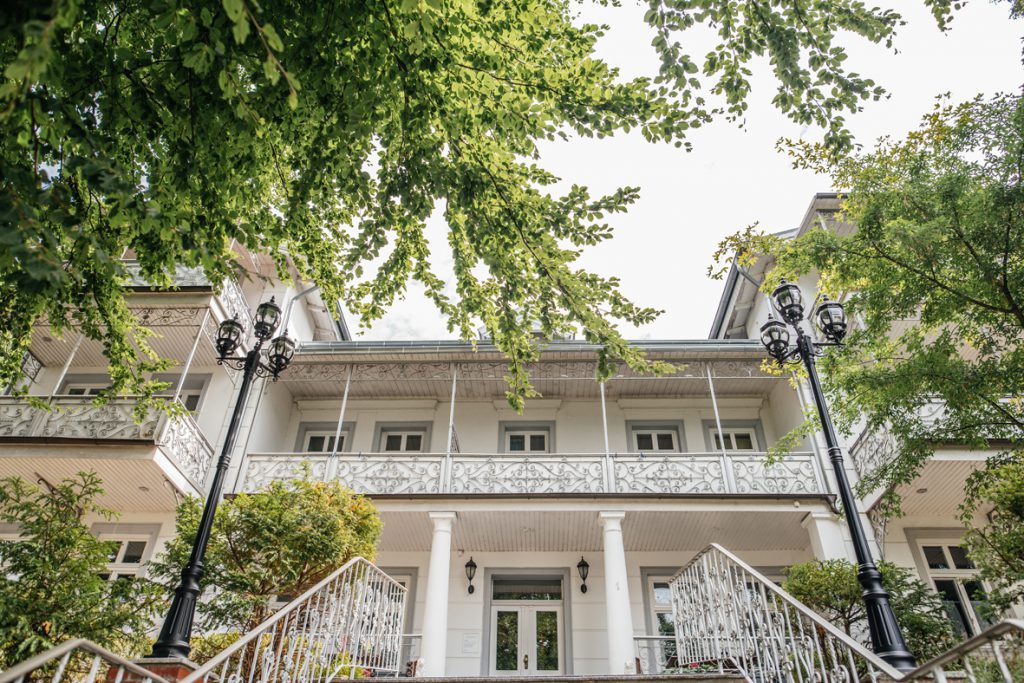 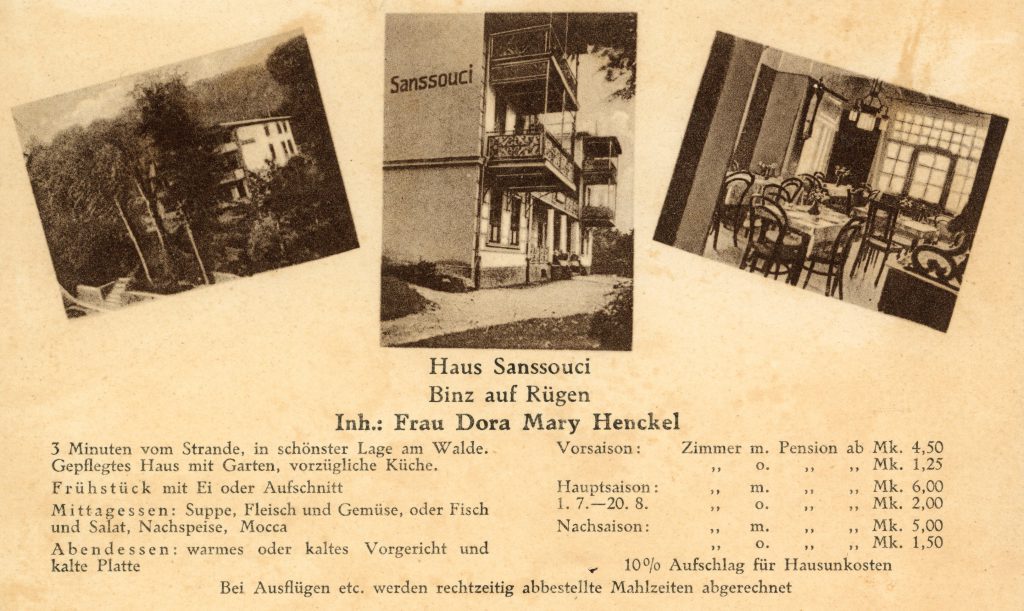 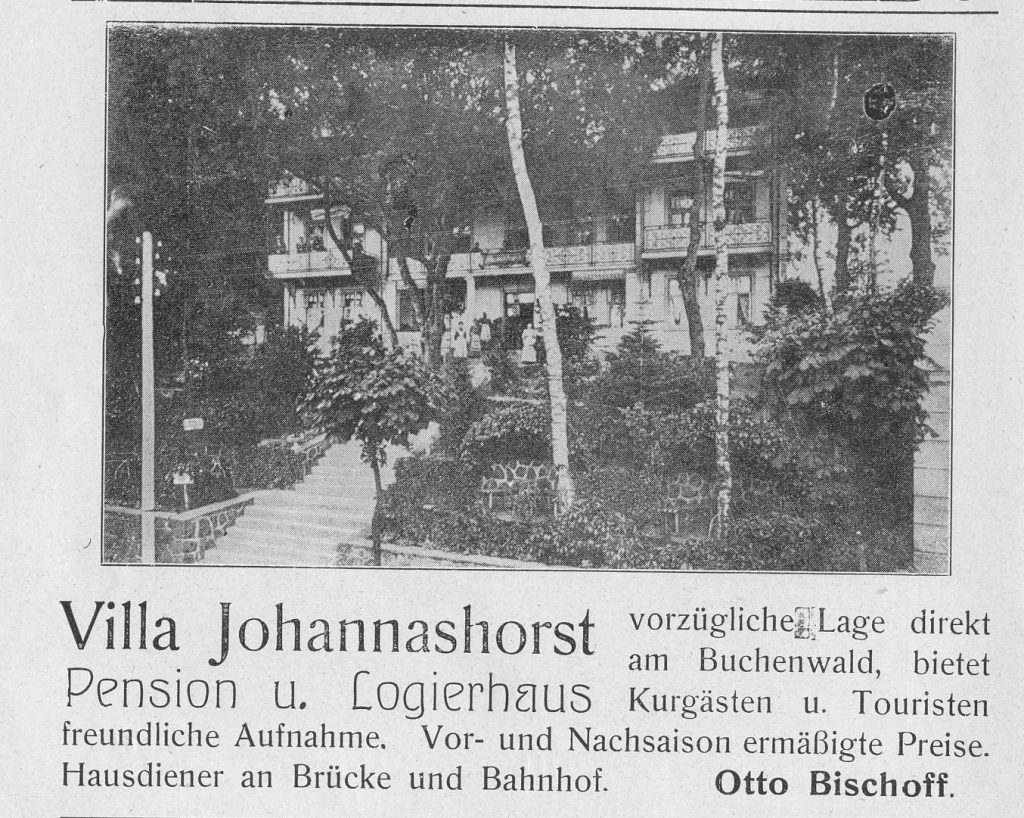 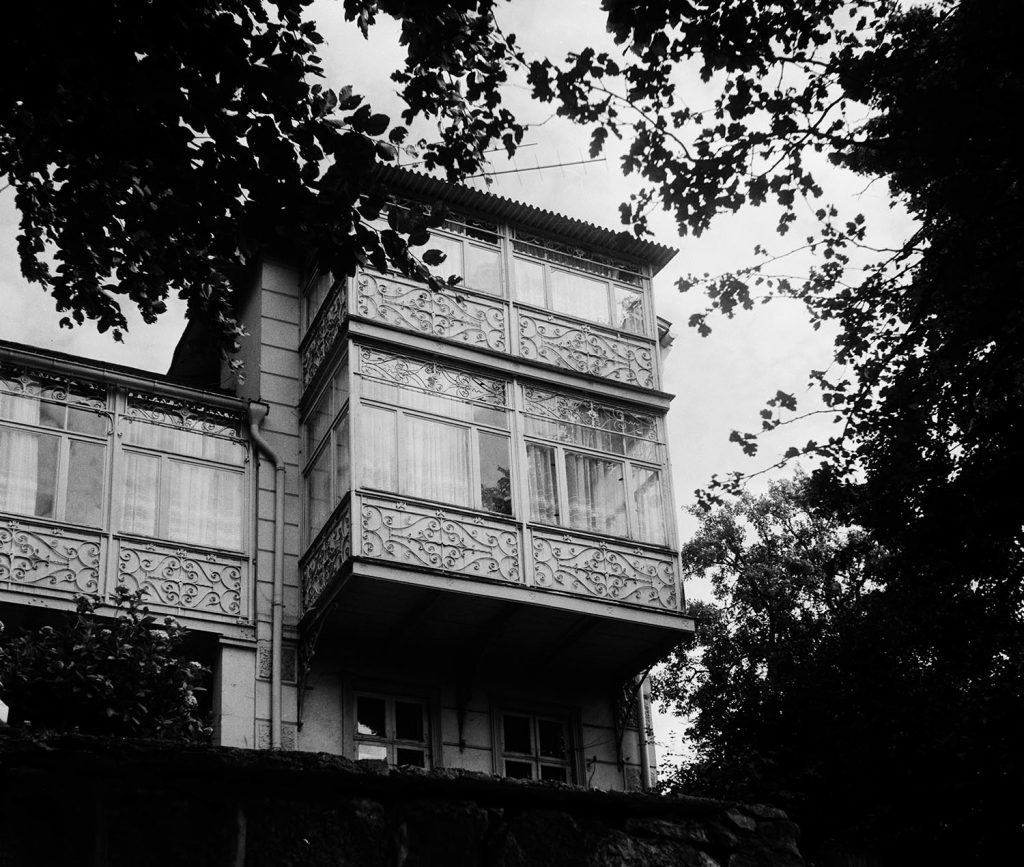 Formerly known as: Johannashorst Opened: circa 1899 History/proprietors pre-1945: In 1900, Müller’s Rügen guidebook features the following entry in the section describing the local area: ‘… road towards Johannashorst village, high in the forest.’ The 1902 Binz accommodation index lists the Johannashorst villa at 29 Bahnhofstraße, with 20 bedrooms and 4 kitchens. The owner is identified as a Mr Burwitz. In the years that followed, the property changed hands several times, to a Mr Bischoff in 1911 (see advertisement in the Binz Guidebook), to a Mr Georg Strobach in 1920, and then to a Miss Lehmann in 1924. From 1925, Villa Johannashorst bore the name Sanssouci, with Mrs Dora Mary Henckel, née Lehmann, identified as proprietress (1926 records list 18 rooms and one kitchen). Haus Sanssouci remained in the possession of the Henckel family until its confiscation. Tourist advertisements refer to its quiet situation, view over the Schmachter See, tastefully furnished bedrooms, the renowned quality of the cuisine, and foreign-language entertainment. GDR period:  During the GDR period, the property was used as an nursing home, among other things. Post 1990: After 1990, the property was bought by a group of investors, renovated, and subsequently resold. Annerose Freiberg was the proprietress for a period, renting out holiday apartments. In 1997, the Ritzer family acquired the property, which since then has operated as an apartment house. Since 2018 there is a new owner. Current use: Privately-run villa with holiday apartments Fascinating fact: Tourism advertisements for the property remained largely constant in their details over the years. The exception was the distance stated to the beach. The advertisement from 1925 claims the accommodation is ‘5 minutes from the beach’, falling to ‘3 minutes’ in 1930, rising again to ‘4 minutes’ in 1933, before settling once again at ‘3 minutes’ from 1934.