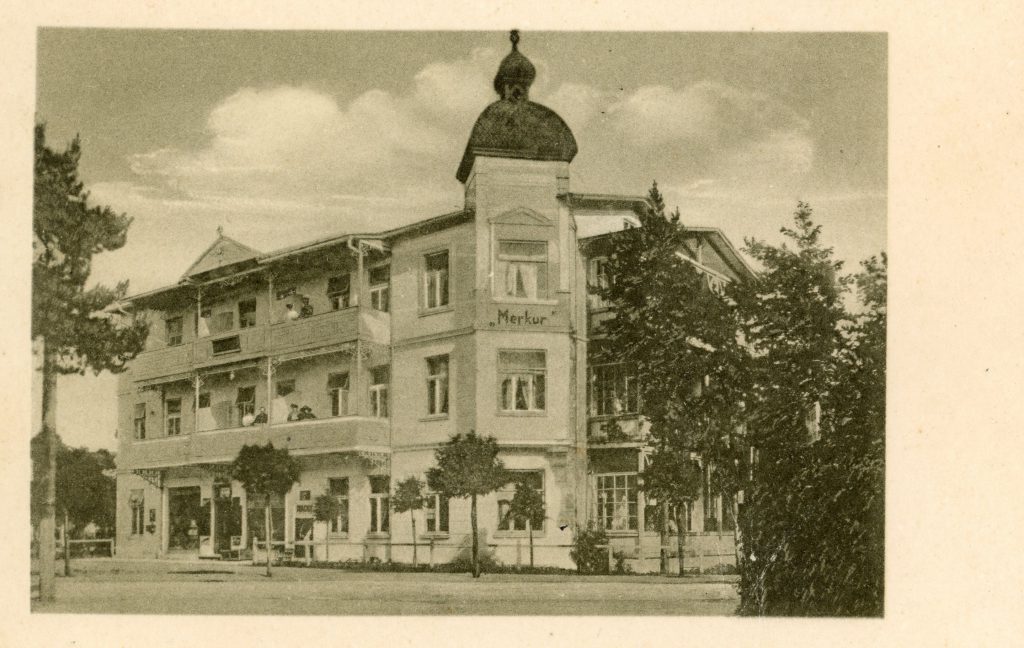 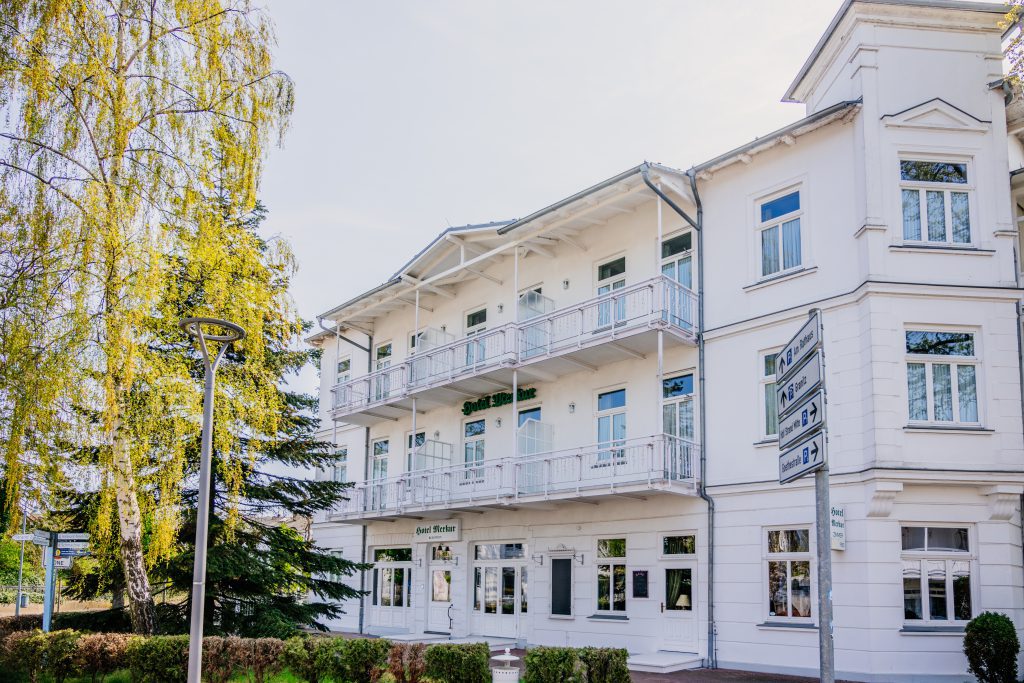 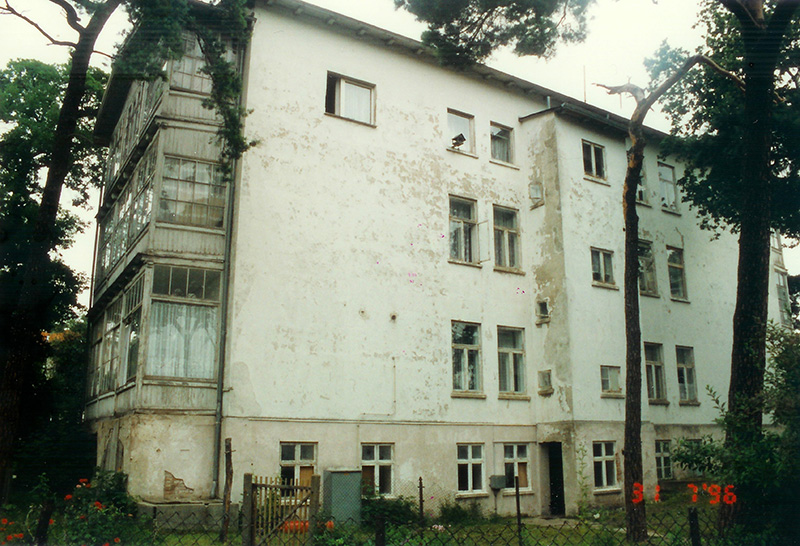 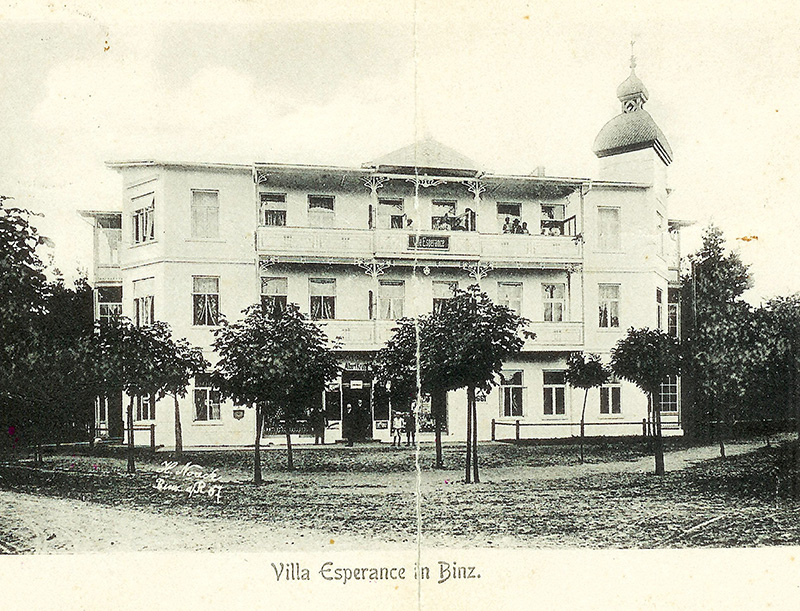 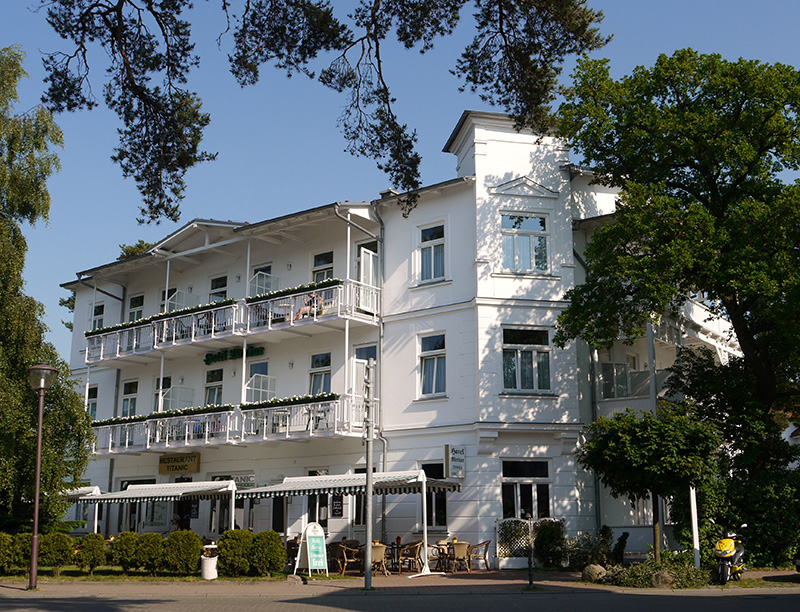 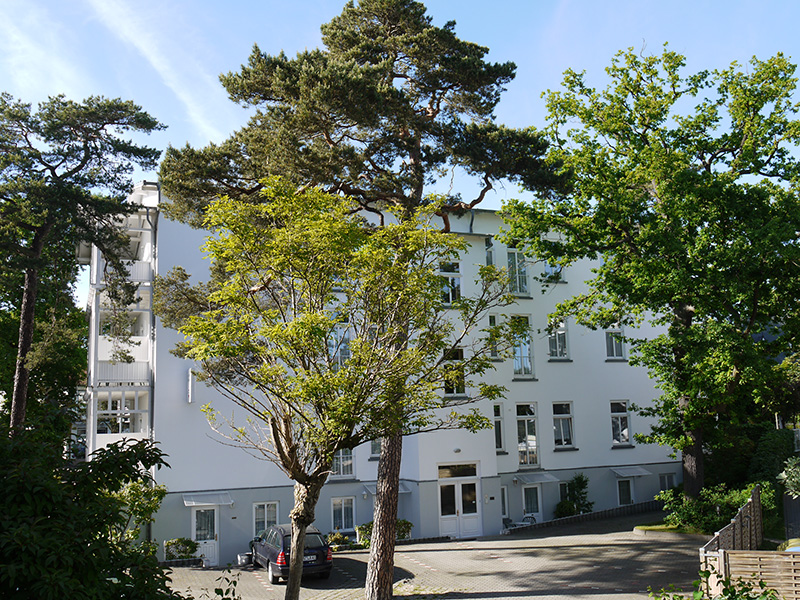 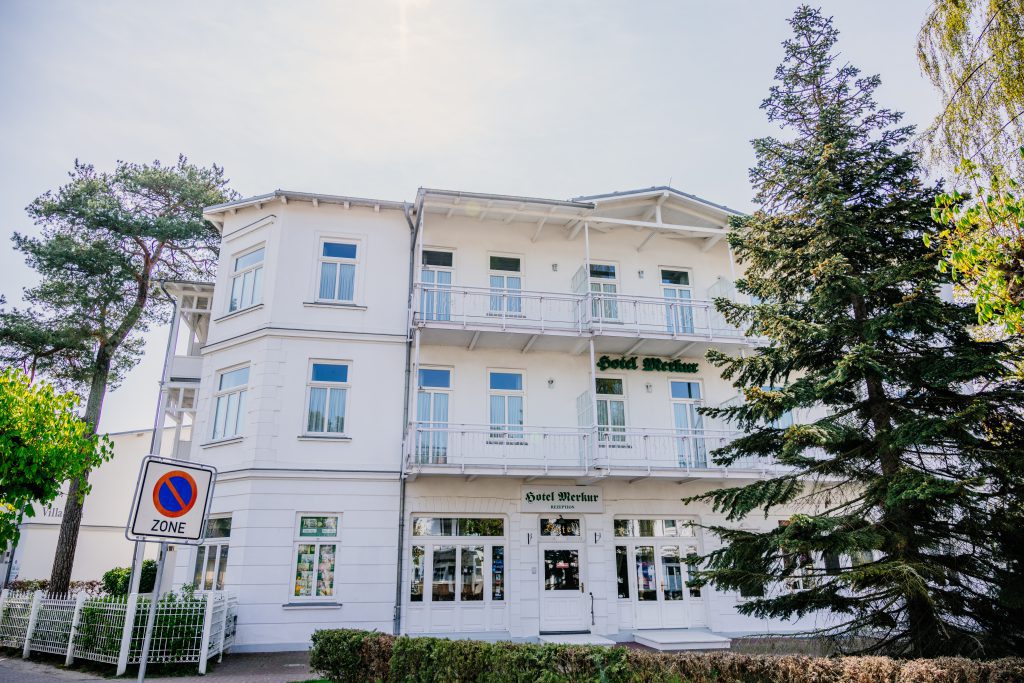 Formerly known as: Villa Esperance Architecture: A number of the distinctive features of resort architecture, such as the onion-domed tower captured in historical photographs of the property, can sadly no longer be seen here. Typical of the architectural style however, are the reliefs in the architectural sculpture, avant-corps construction (the balcony attached in front of the front façade and the white, airy balconies on the side façade), and pilasters around the windows. Construction: 1906 History/proprietor pre-1945: The Krüger family had the property built in 1906 as a lodging house. The 1909 Binz Guidebook featured the following advertisement: Villa “Esperance”, 28 comfortably-equipped bedrooms with and without kitchens, proprietor Albert Krüger. Also recommended, delicacies and groceries from first-rate establishments, game and poultry, wines. The property was probably renamed Villa Merkur in 1915 – the name occurs in Binz guest lists from 1916 onwards. The establishment was identified as a guesthouse from late 1928. The Krüger family sold the property to Mr Nitt, a businessman from Königsberg, in 1941. During the Second World War, the Nitt family gave up the guesthouse business. Refugees from the war were quartered here instead. GDR period: Project Rose saw the Nitt family being forcibly dispossessed in 1953. They fled to the FRG. The local accommodation authorities took over the property, running it as a block of flats until 1996. No efforts were made to preserve the building’s original structure over these 43 years. Post 1990: In 1994, the Nitt family’s grandson submitted an application for retrocession. In 1996, he sold the now desolate building to the current owners, the Böhme family. Paying great attention to detail, the Böhmes rebuilt and modernised the property, opening it as a hotel in June 1998. Current use: Family-run hotel