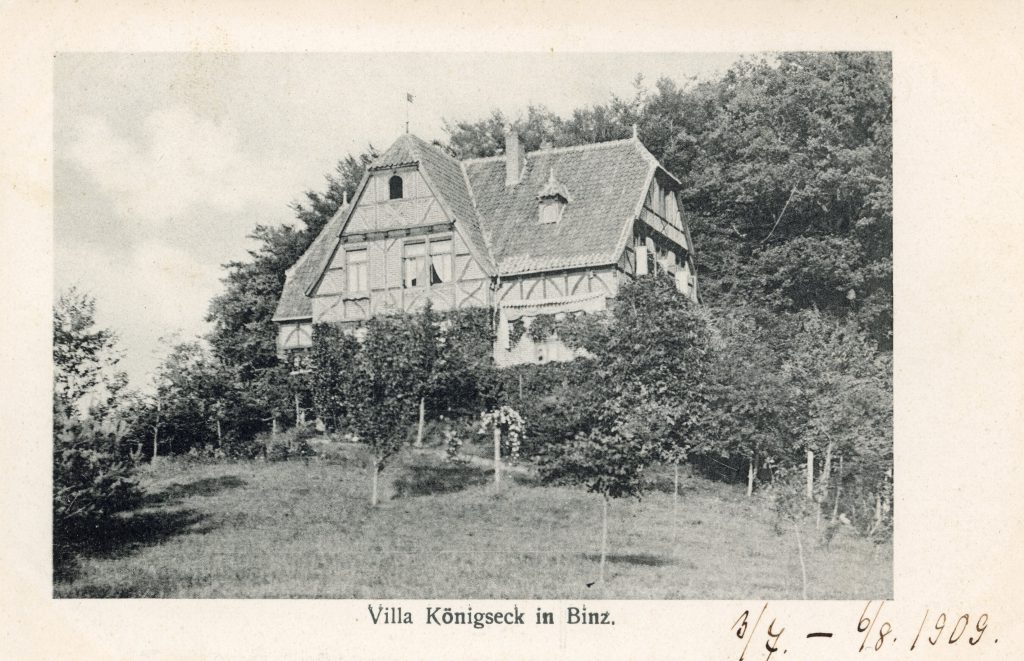 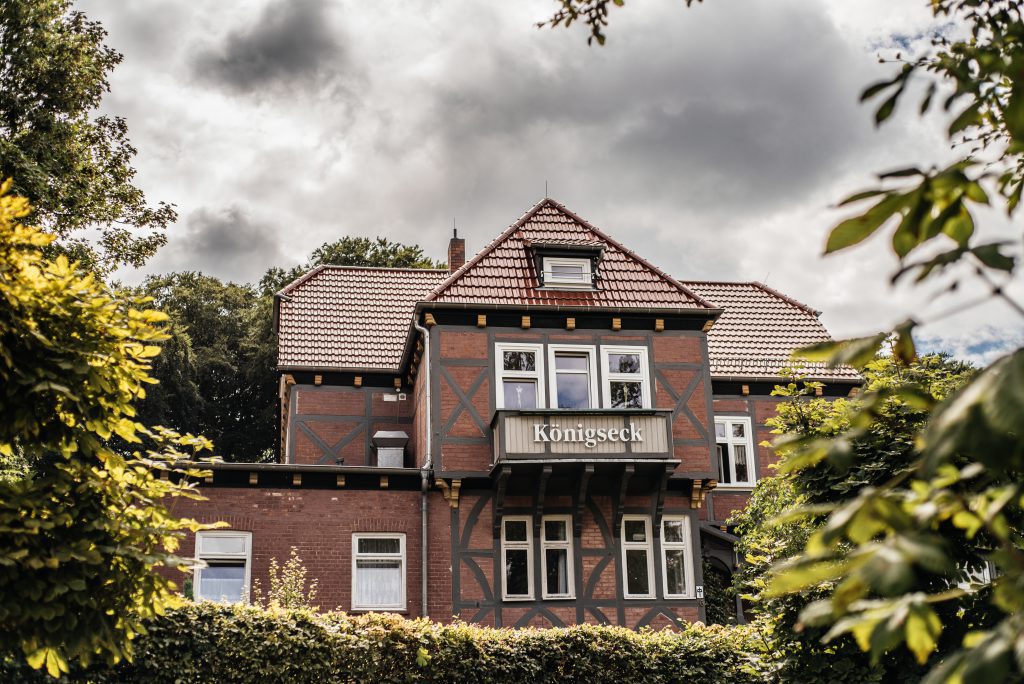 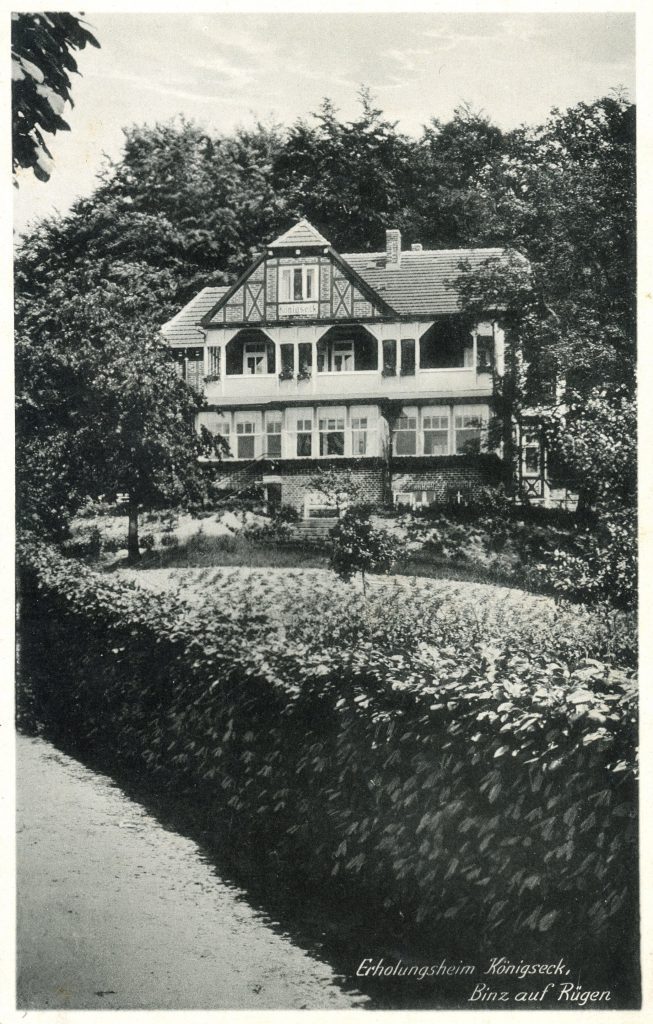 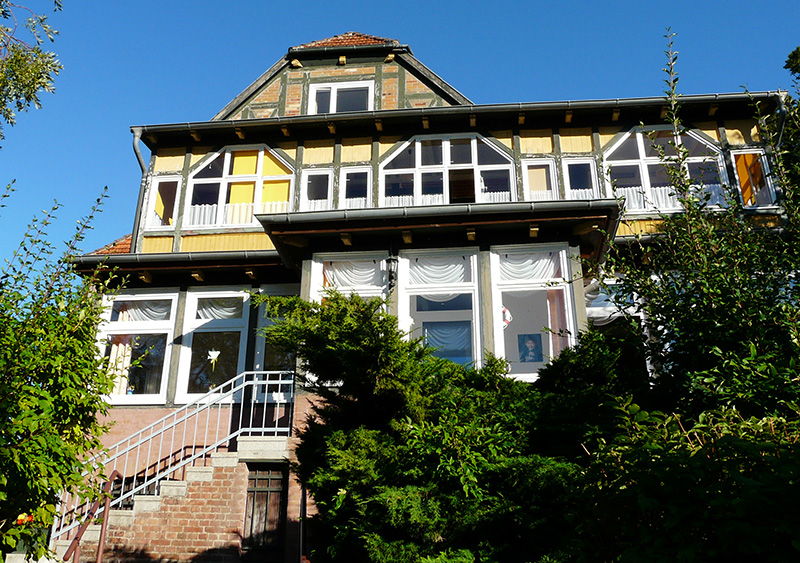 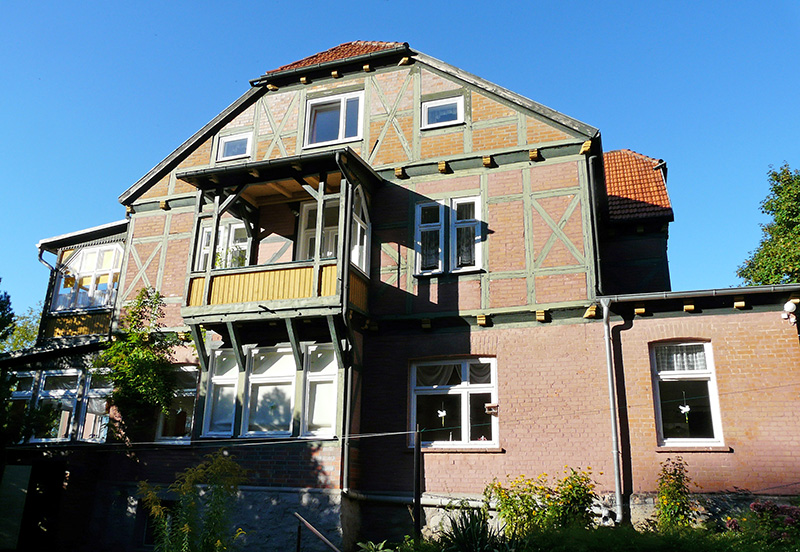 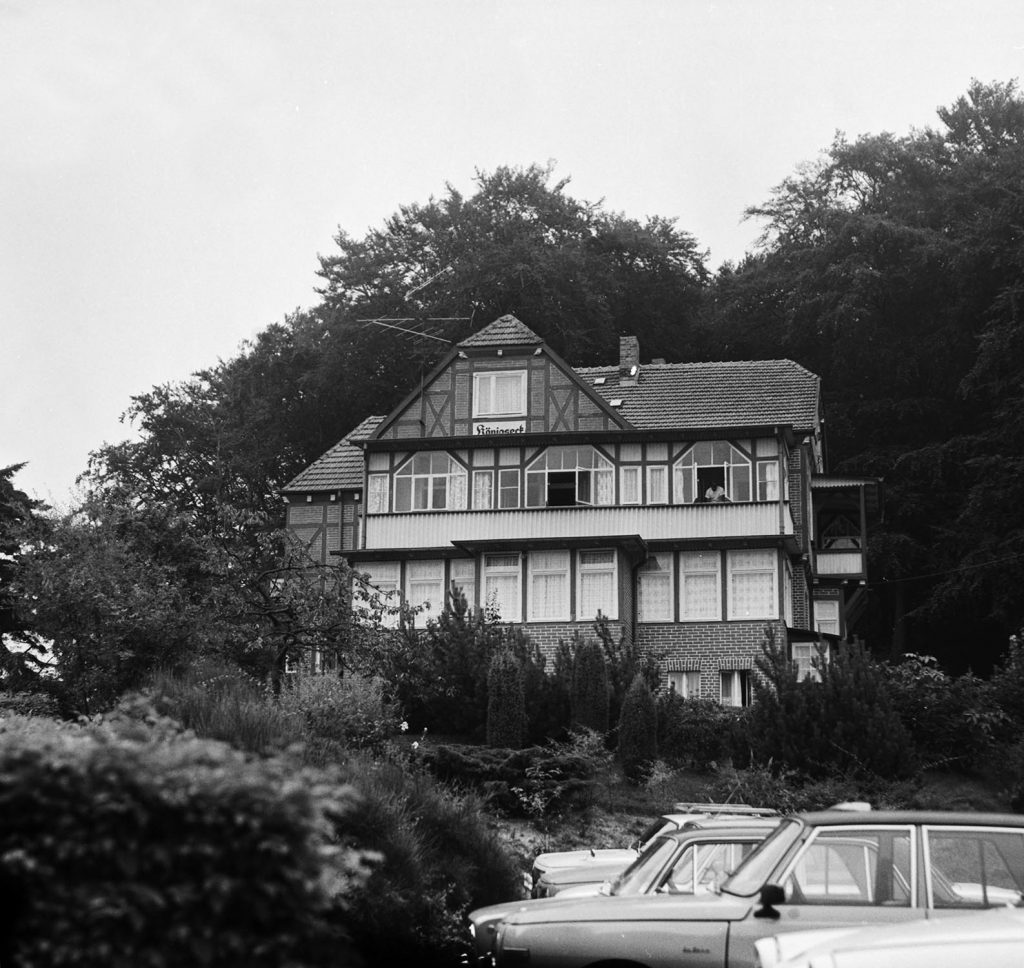 
Formerly known as: no previous names Architecture: Typical late-19th century brick-infill half-timbered construction Construction: 1887 History/proprietors pre-1945: Miss Elisabeth von König had the house built in 1887. It was originally supposed to be a painting school, since Miss von König was a painter herself. However, she was forced to give up painting for health reasons and Villa Königseck thus became a guesthouse. Since Miss von König could no longer manage the work around the house alone, she sought assistance from the Elbingerode deaconesses’ home. The following entry is found in the accommodation indexes from 1902 to 1920: Villa or Haus Königseck, proprietress Elis. von König. From 1924, the property was listed as a Christian deaconesses’ and convalescent home. GDR period: In 1989, the property was refurbished. An extension was erected on the building’s eastern side for the kitchen. Post 1990: In 2001, the dining room was given its present layout and external appearance. Current use: The facility is run as an explicitly Christian guesthouse, open to all. It belongs to the Neuvandsburg deaconesses’ Mother House in Elbingerode, which is a member of the German Association of Community Deaconry. Fascinating fact: The Mother House is home to the Sisterhood, a community of women who believe in Jesus Christ, practise celibacy, recognise their personal vocation, and wear a sister’s habit.