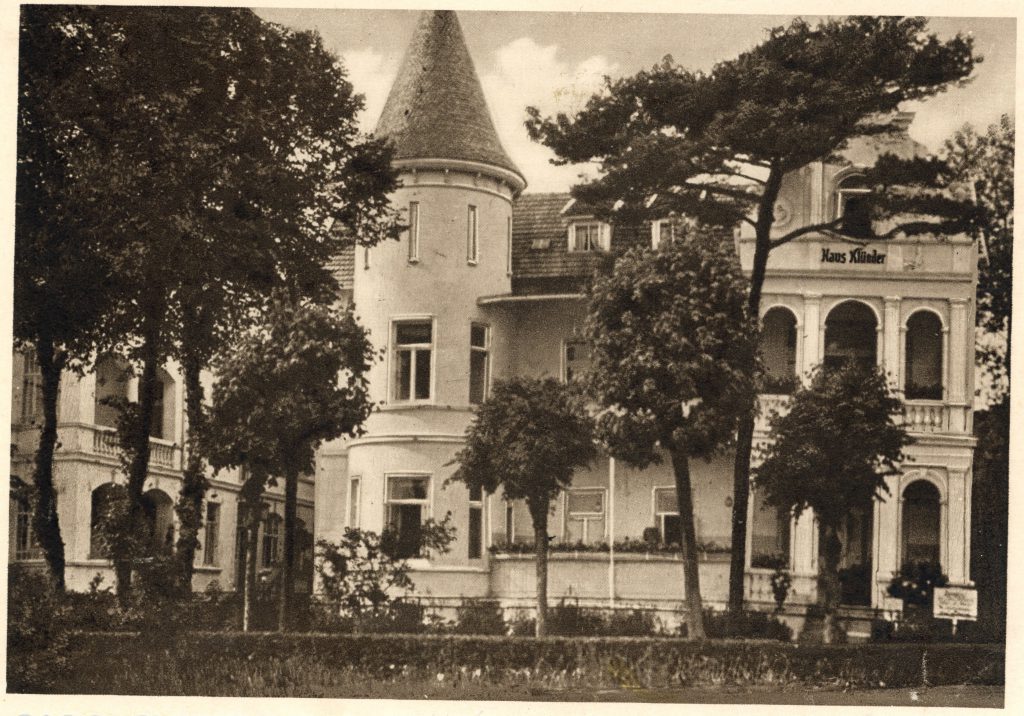 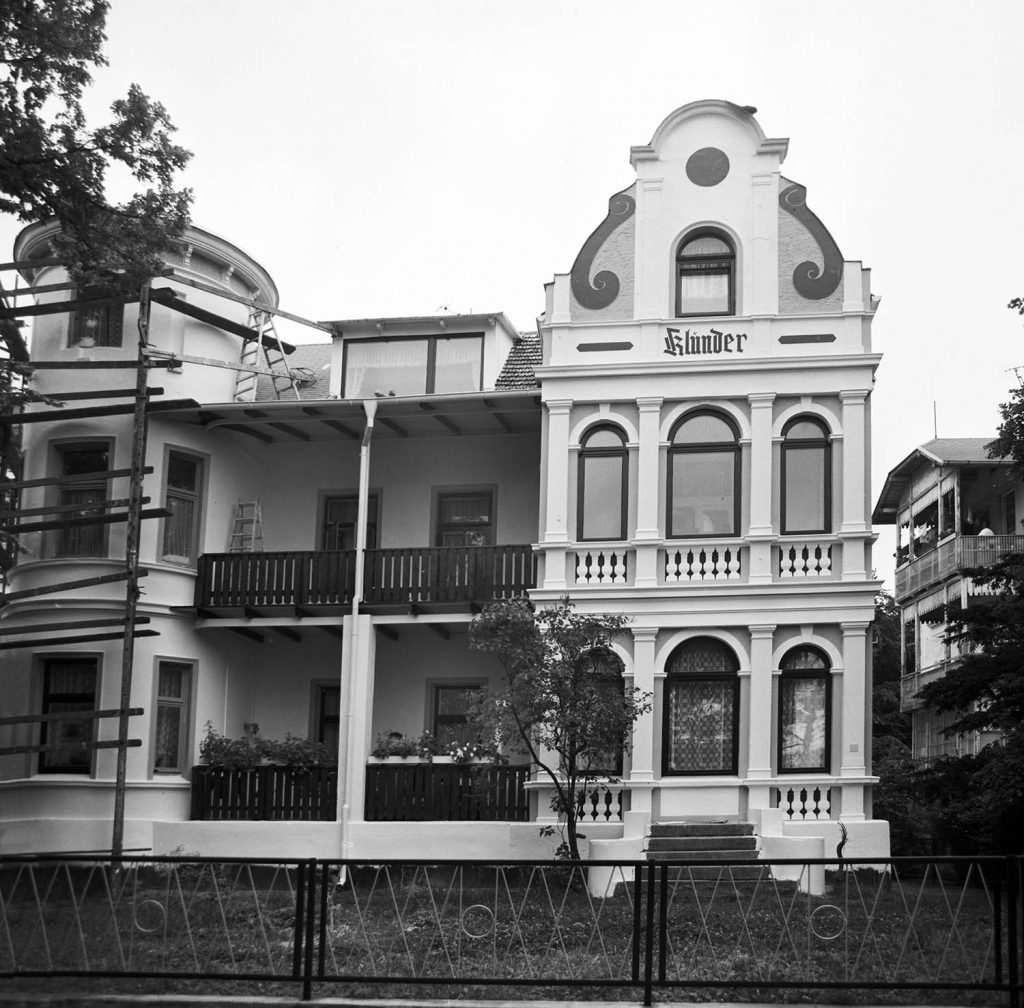 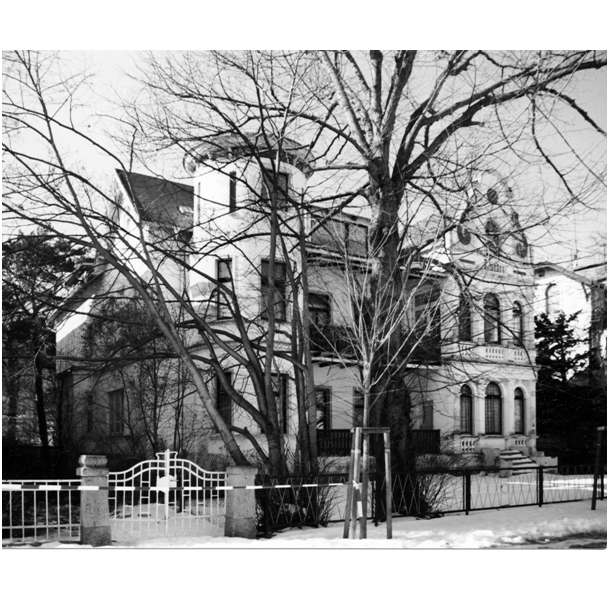 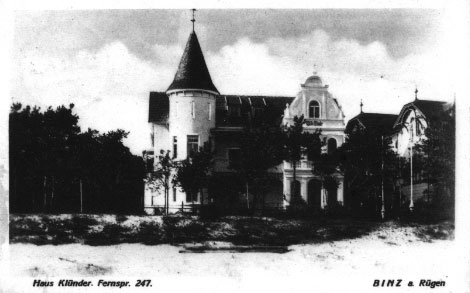 
Formerly known as: no previous names Architecture: Otto Burmeister’s Putbus-based construction company built Haus Klünder following a commission from Klünder’s widow. The façade is characterised by a round tower with a conical roof and a neo-Gothic pediment, both connected by a wooden balcony porch. They lend the villa an elegant appearance. Construction: 1904/1905 History/proprietors pre-1945: Otto Burmeister, a builder and the son of Georg Burmeister, built the property for Alwine Klünder, a hotel proprietor and widow of Wilhelm Klünder. She used the villa both as a lodging house with 12 rooms (according to the 1906 accommodation index) and as her place of residence. Two hobs were available in the cellar. In 1940, Alwine’s daughter Anna Bolle took over the business from her mother and carried it on. As with other properties, the villa was co-opted in the final year of the war and used as a maternity home for female refugees. In 1945, the building was occupied by refugees who would later become long-term tenants. GDR period: From 1945 onwards, most of the building was occupied by refugees. Mrs Bolle could only let out six rooms as guest rooms, living herself in a small room on the courtyard with two chambers and a kitchen.Over the course of Project Rose in 1953, Anna Bolle was charged with ‘illegal possession’ of firewood. The sentence: 3 months’ imprisonment in Bautzen, and dispossession of her property. After serving her sentence, she departed for the West. The building remained in public ownership, serving as rented flats for the municipality, until its retrocession following reunification. Post 1990: Following its retrocession in December 1995, the property was restored by the Gronegger family and has been run as a holiday villa with a small gallery since 1998. Current use: Family-run seaside villa with holiday apartments. Fascinating fact:  During the course of renovation works, two previously unknown rooms were discovered in the basement. Today, one houses the wine cellar, while the other has recently been chosen to exhibit what is probably the largest specimen of amber in Germany.