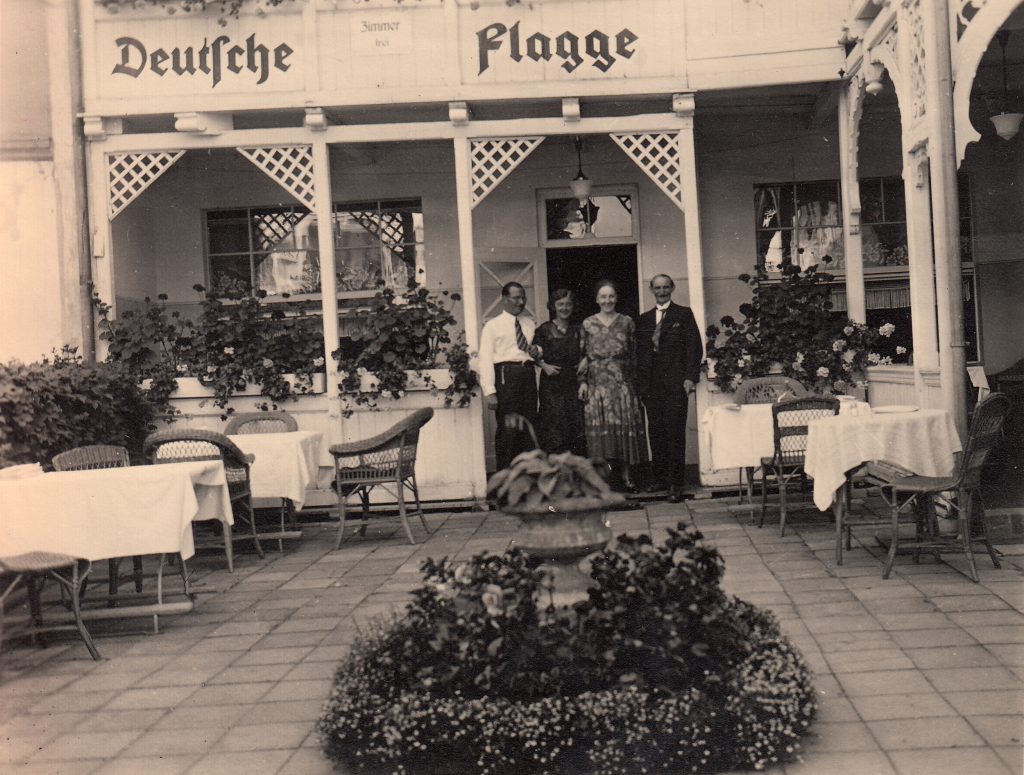 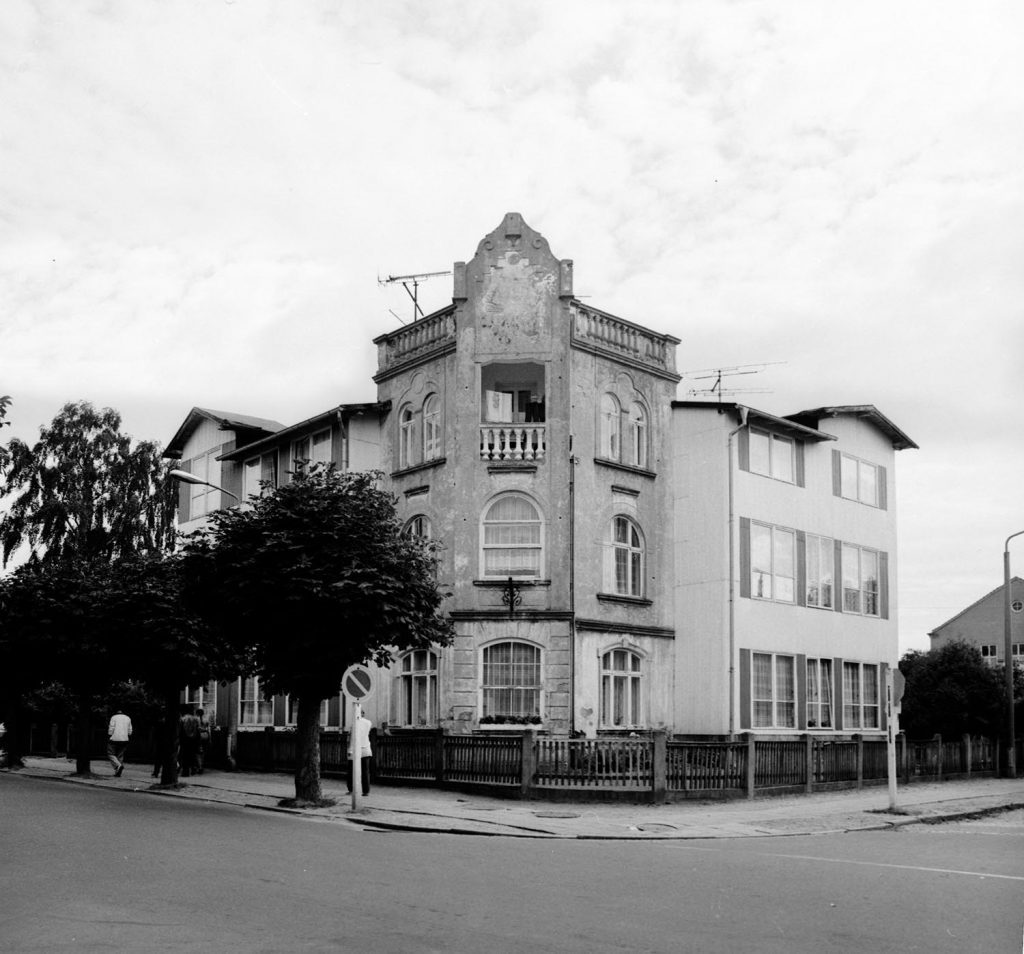 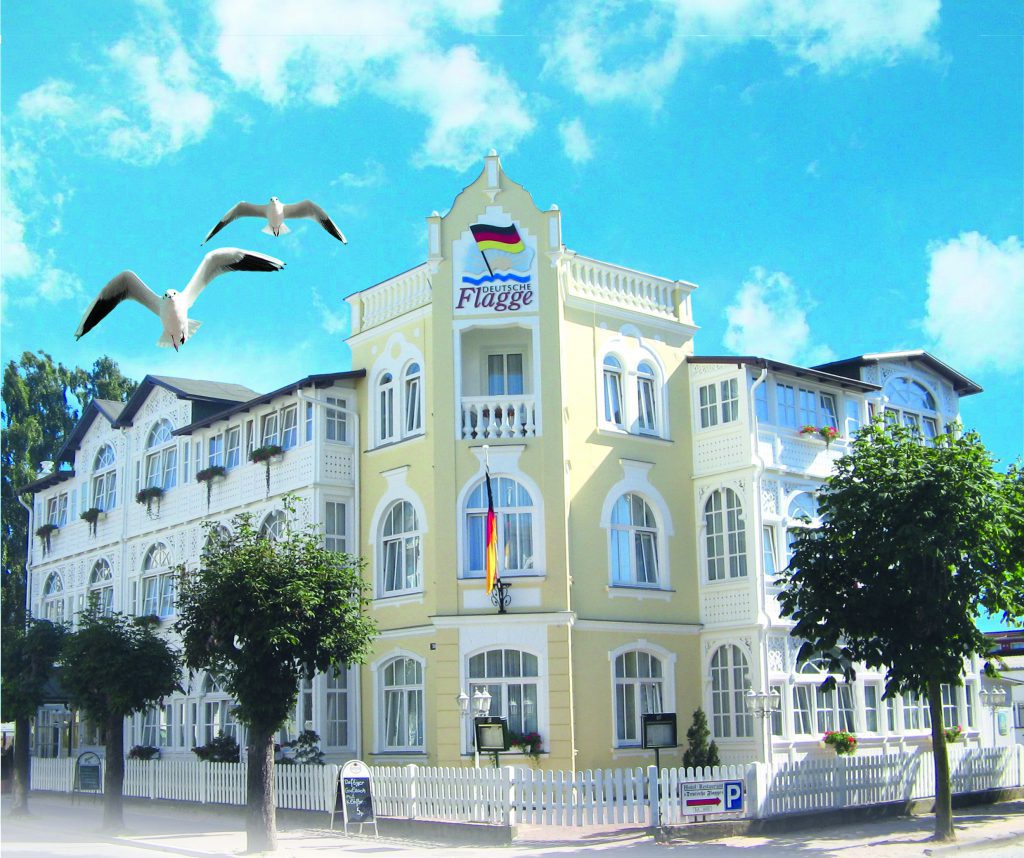 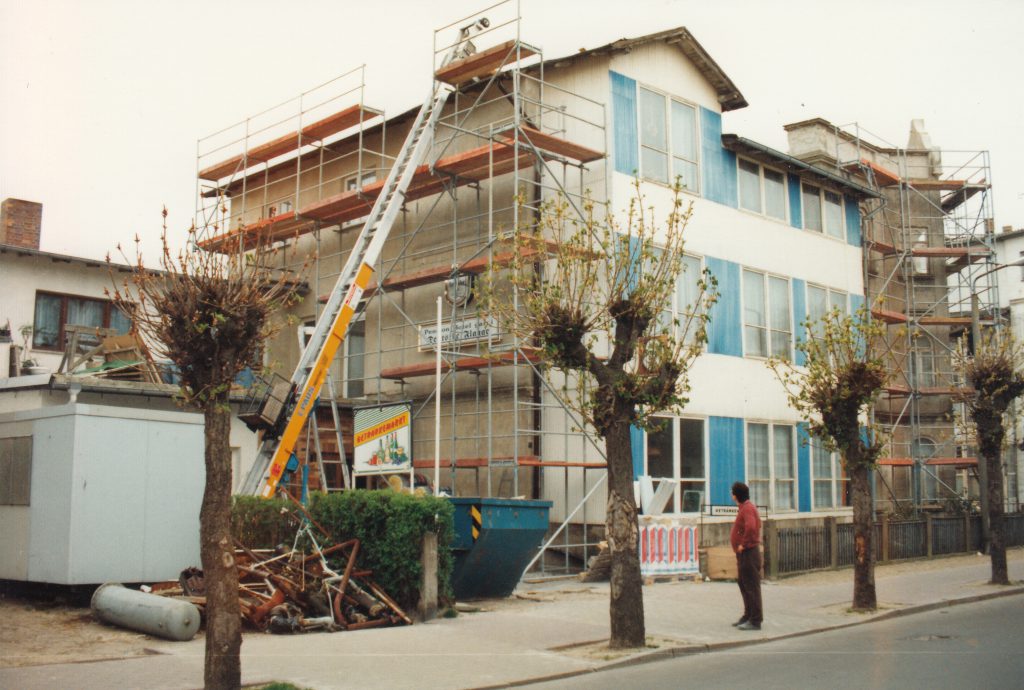 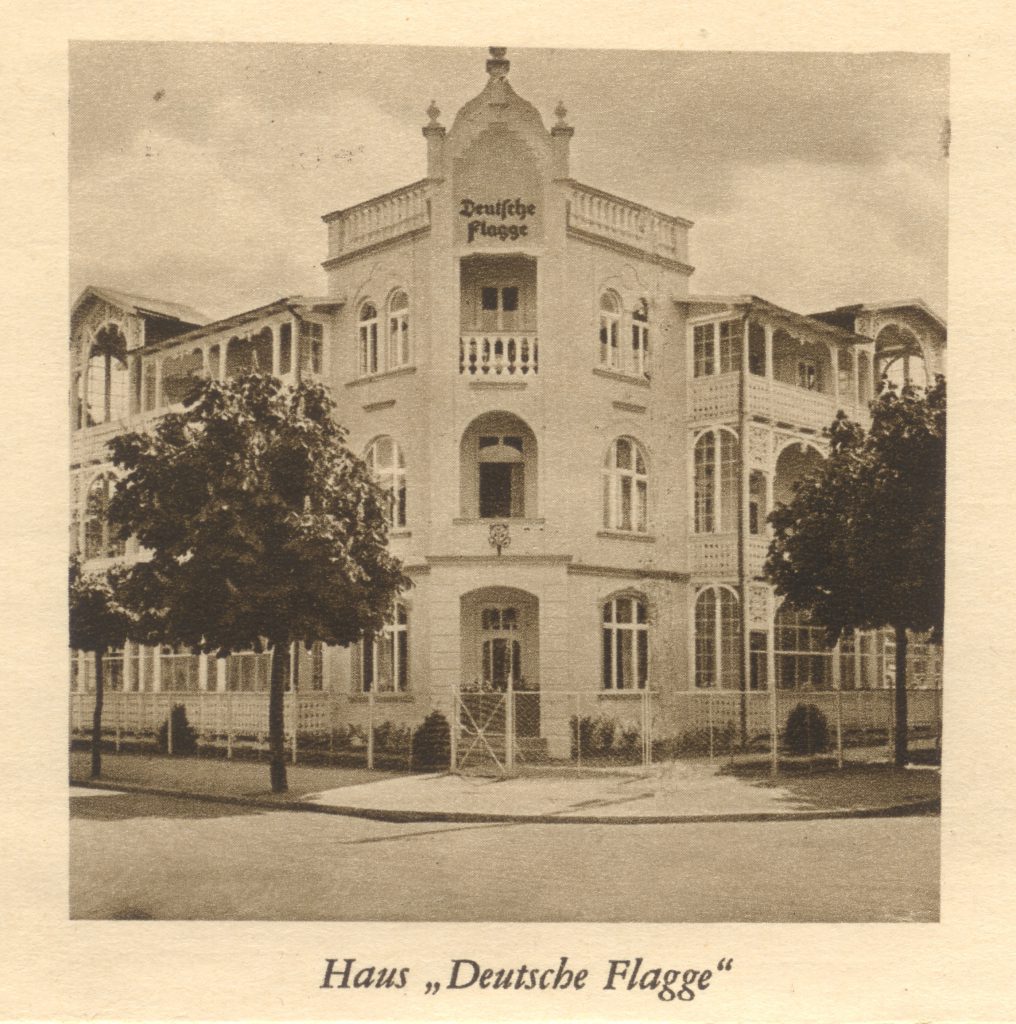 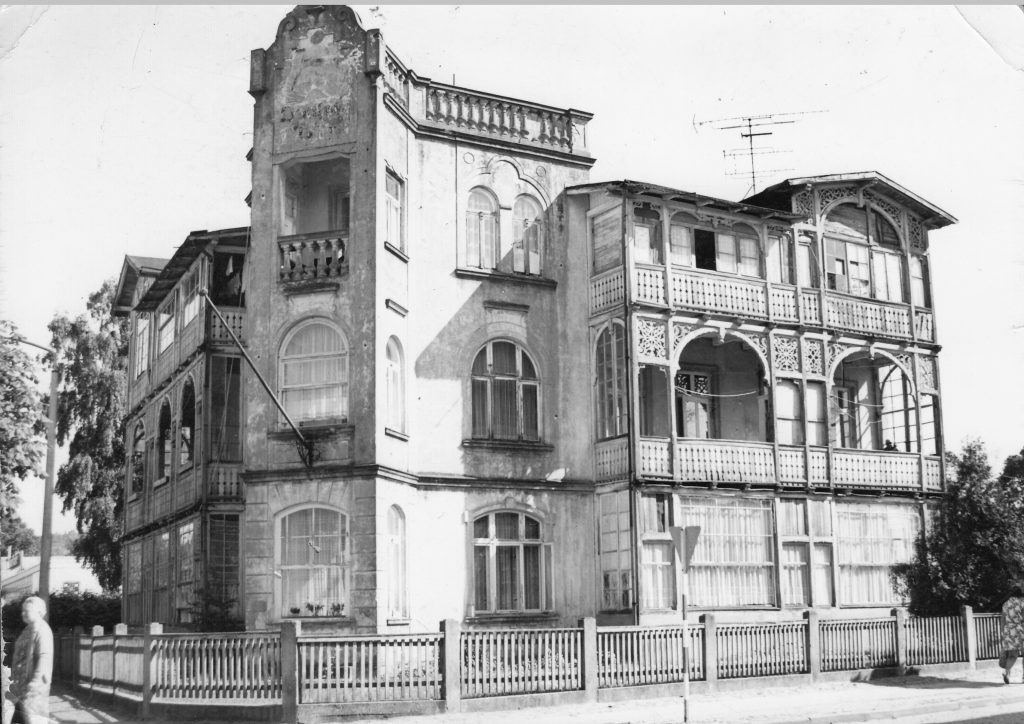 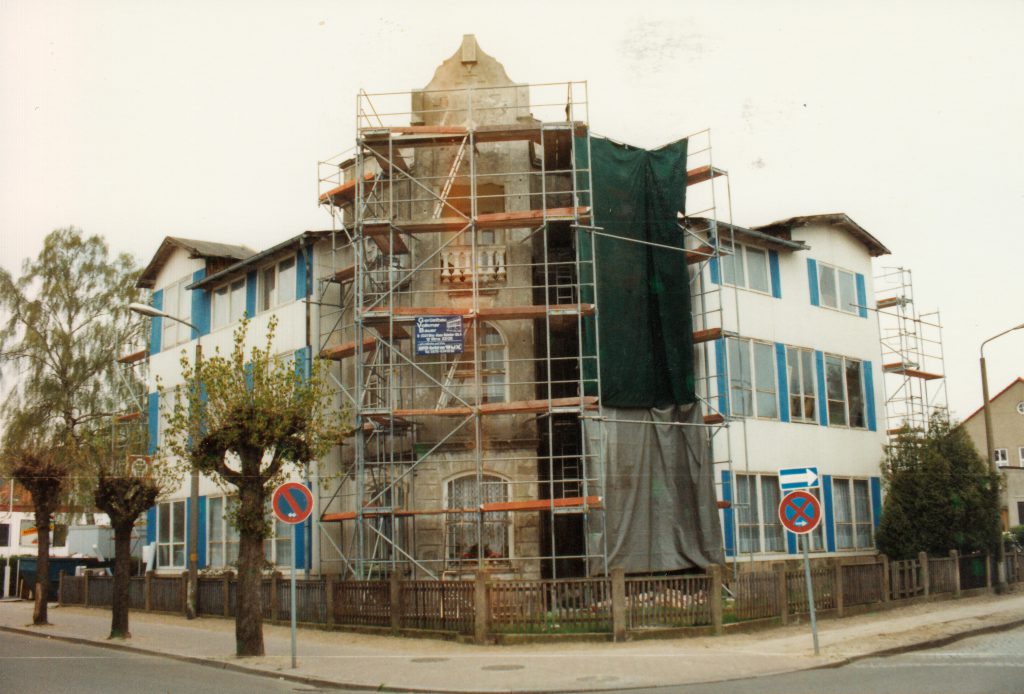 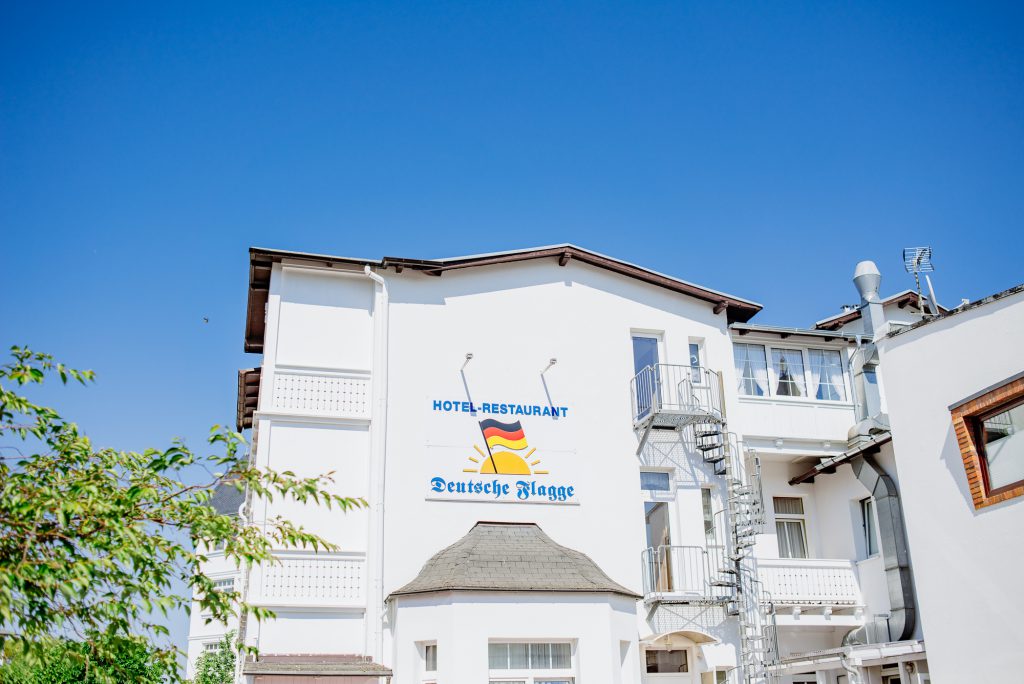 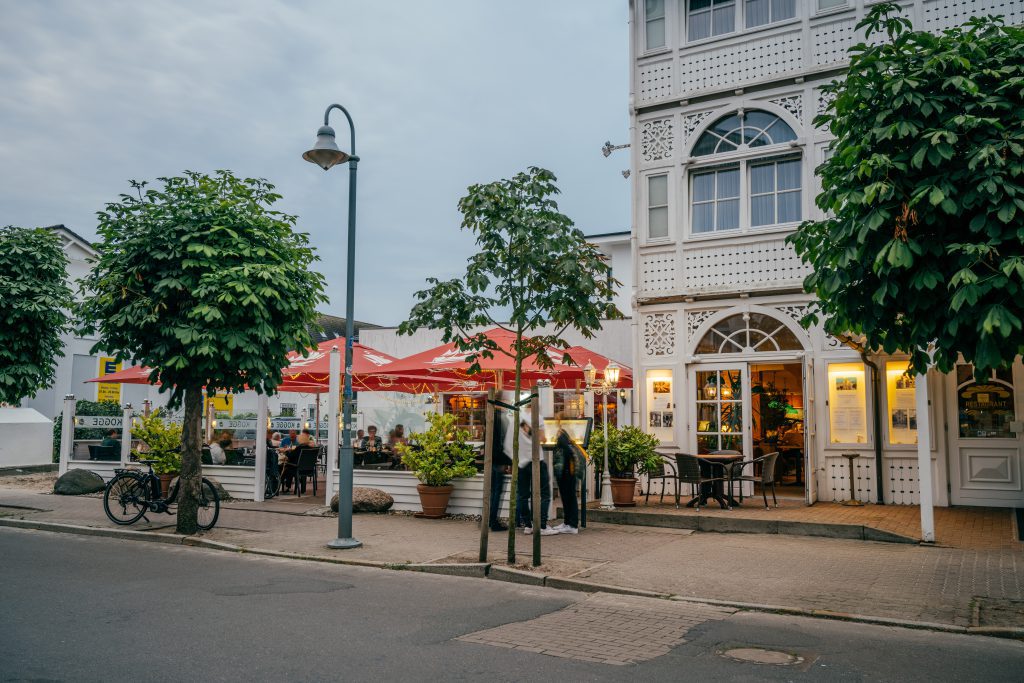 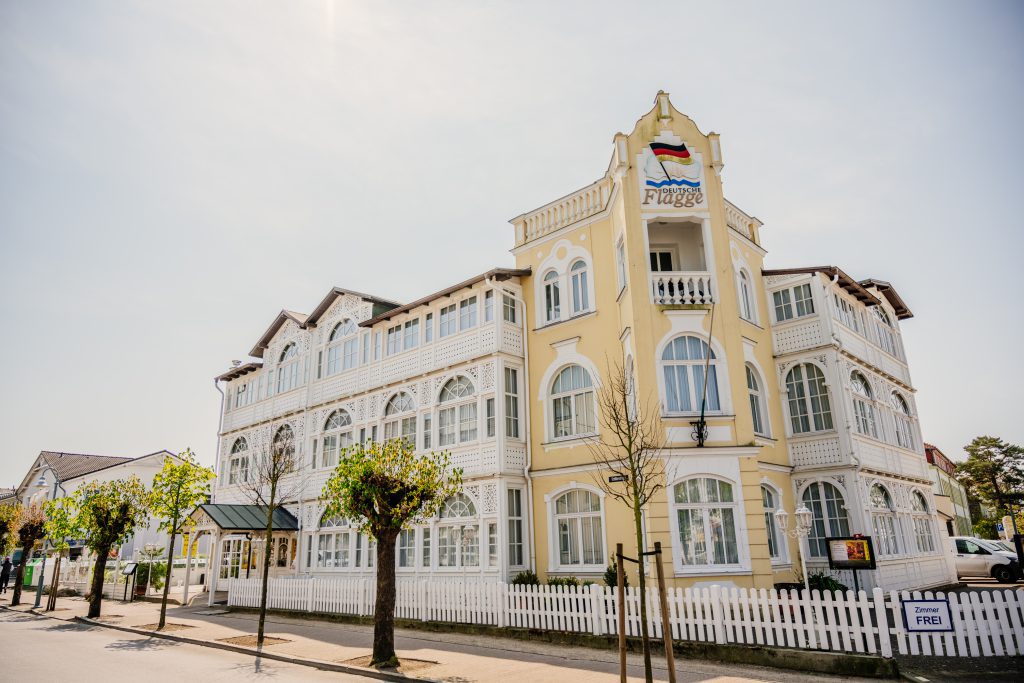 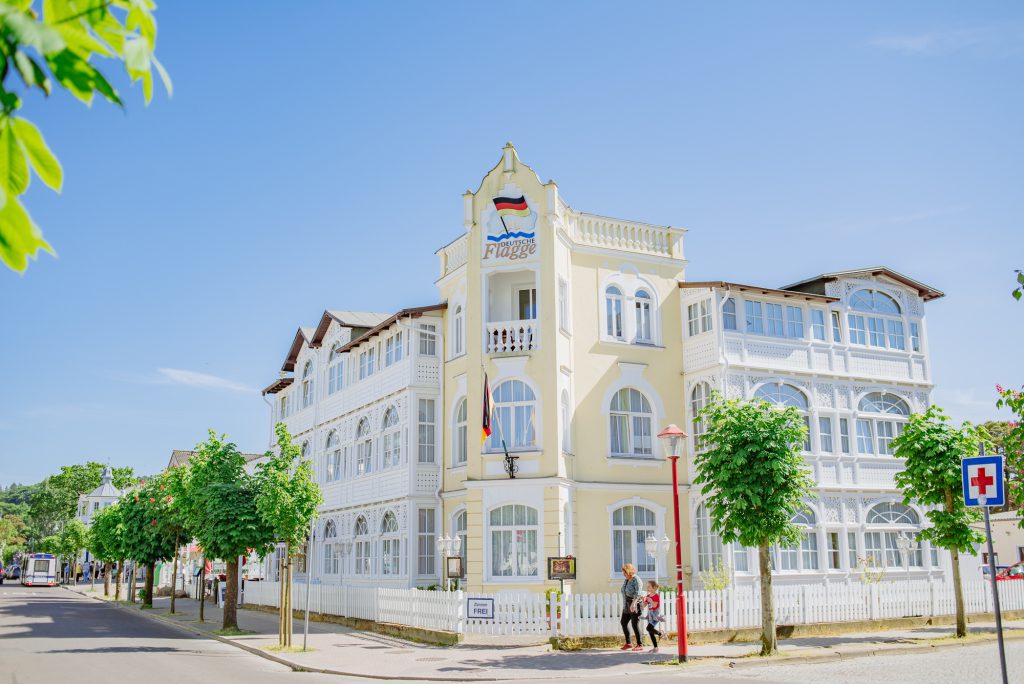 
Formerly known as: Villa Veritas Construction: Most likely around 1905 History/proprietors pre-1945: It was in 1905 that a teacher, Mr Töpke, had the Villa Veritas built on the plot at Margaretenstraße 4. The building was first mentioned in the accommodation index that year as follows: Proprietor Mr Töpke, teacher, 24 rooms and 2 kitchens. Over the years that followed, both the proprietor as well as the address would change several times. First, Margaretenstraße 4 became number 5, then number 6, then finally, by 1927, number 7. From 1928, the address was Astastraße 12, changing to Schillerstraße 9 after 1945. In 1921, the building gained its current name, the Deutsche Flagge (German Flag), recorded in the accommodation index as: ‘Deutsche Flagge’, proprietor Mrs Fricke, 30 rooms and 3 kitchens. In the years that followed, the building’s name remained unchanged, unlike its ownership. The 1928 Binz Guidebook features an advertisement as follows: Deutsche Flagge, prestigious and quiet establishment, 1 minute from beach and pier, comfortably appointed, good quality guesthouse … proprietor Richard Mann. From 1931, the Binz Guidebook lists the owner of the Deutsche Flagge family guesthouse as Wilhelm Dahms. GDR period: In 1956, his descendants sold the property to Willy Mehlberg’s family, the parents of the current owners. During the GDR period, it was used, among other things, as a residential dwelling. Post 1990: In 1991, Lothar Mehlberg’s family took over the property. The winter months of 1992 to 1995 witnessed its renovation, with the reconstruction of the balcony just as before. It was opened as a hotel in 1995. Current use: Family-run hotel and restaurant